The vocalists and musicians performed three pieces, including “The Christmas Song,” “Christmas Concerto” and “Cartoon Christmas.”

The chamber choir annually performs a holiday selection at the trustees’ December meeting. Victoria Garbarino is the choir’s director.

Huntington High School has one of the best choral programs on Long Island. The high school program features two choirs. The concert choir is open to anyone who loves to sing while the chamber choir is an elite, audition-only group. The student-vocalists who comprise the two choirs have impressed audiences in the district and throughout the community.

A Huntington music teacher since 2016, Ms. Garbarino obtained a Bachelor of Music degree in music education at Five Towns College in Dix Hills and a master’s degree at the University of Florida. She plans to pursue a Ph.D.

Mr. DiMeglio obtained of Bachelor of Arts degree in music at Stony Brook University in 2009. He earned a Master of Arts in music education at Columbia University in 2011. At the time of his appointment in Huntington UFSD in July 2019, he had been working for seven years as an orchestra teacher at Maspeth High School in Queens, where he created the orchestral studies program when the school opened.

Mr. DiMeglio served as the orchestra chairman for New York City public school music honors festival for four years. Earlier in his career he was a strings teacher at PS 108Q during the 2011/12 school year. 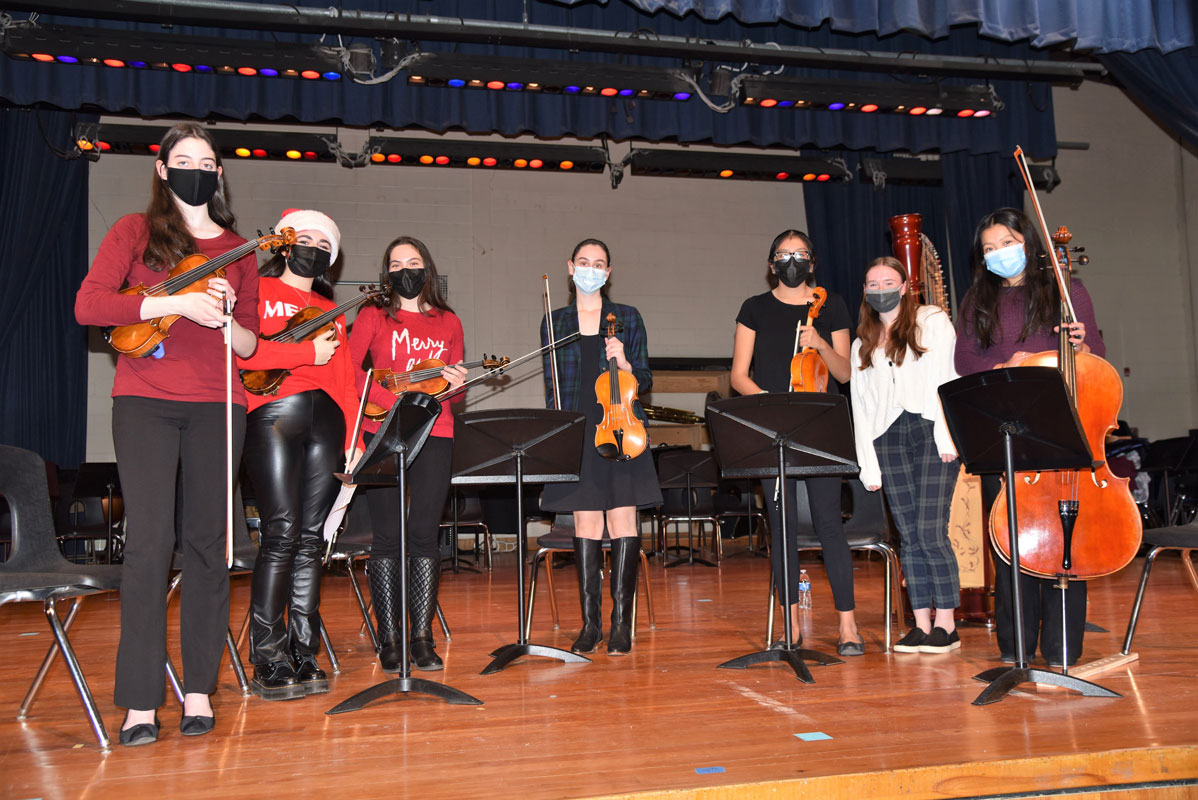 The musicians were spectacular

The musicians were spectacular