David Canas Granados has given his future a great deal of thought and the Huntington High School senior has decided to study at City University of New York-Hunter College as he begins his quest to become a lawyer.

“I chose CUNY Hunter College because it felt like home to me the first time I visited it,” Mr. Canas Granados said. “It’s in the city and I felt like that would be an amazing place for me to thrive and grow as a person. At Hunter, I’m hoping to double major in political science and either philosophy or the Chinese fellowship they offer and I will be minoring in women and gender studies. I’m planning to become a lawyer. As of right now I’m thinking of becoming an immigration, criminal and human rights attorney.” 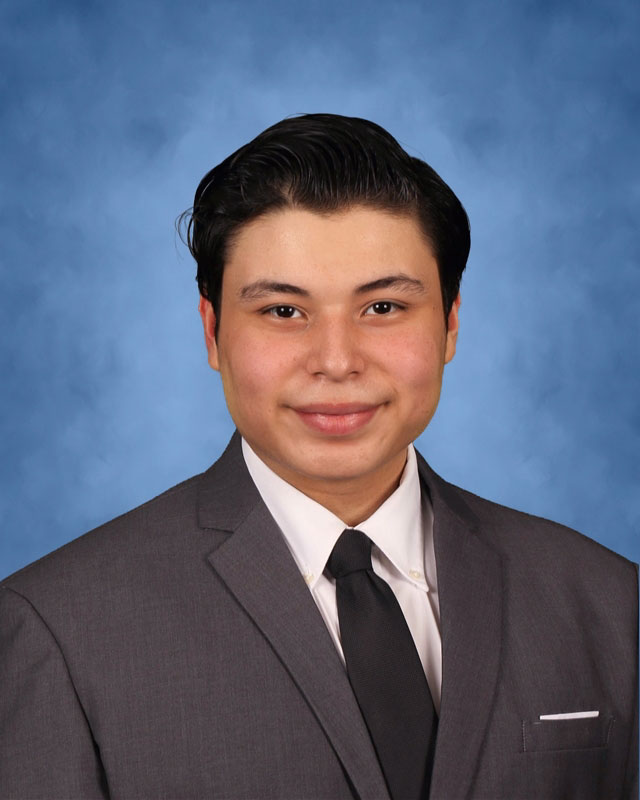 The senior has used his time wisely, taking many challenging courses and exploring his interests both in and out of the classroom.

“Huntington has prepared me in so many ways,” Mr. Canas Granados said. “When I first came to the high school as a freshman I had no idea who I was or what I wanted to do with my life. But different teachers, friends and the several extracurricular activities that I participate in have helped me to not only grow in academics, but character-wise, too. I think I am ready for what the future has in store for me.”

The teenager plans to get involved in the Pre-Law Society and the National Alliance on Mental Health at CUNY Hunter College.

“There have been three courses that have impacted me the most throughout my career in high school,” Mr. Canas Granados said. “Those courses are Advanced Placement U.S. History with Mr. [Kenneth] Donovan, AP Seminar with Mrs. [Dianna] Cazzalino and the Italian classes I’ve taken with Signora [Nathali] Kopshti. These three course have helped me in so many ways. AP Seminar has helped with not only my presentation skills but also my writing skills. I never really was a history person but with AP USH and the way Mr. Donovan teaches it, I really have found a liking for history. The classes of Italian I’ve taken with Signora Kopshti have helped me grow as a person and really have a fondness for the Italian language and culture.”

Mr. Canas Granados has been very involved around the high school over the past four years. “I’m a part of the Blue Devil marching band color guard and I participate in the drama club,” he said. “I was fortunate enough to play the character of Peter Van Daan in last fall’s production of ‘The Diary of Anne Frank’ and this spring I will be portraying the character of Mal Beineke in the production of ‘The Addams Family.’ I am also the treasurer of the Italian Honor Society.”

The senior has been mentored by many Huntington teachers, but the ones who have had the “most impact” are Lori Kenny, Aimee Antorino, Michael Schwendemann, Dianna Cazzolino and Kenneth Donovan.

“These teachers have helped me in so many ways,” Mr. Canas Granados said. “They have given me advice that has truly helped and have also assisted in my growth as person. I would not be the person I am today without the help of these teachers.”

The teenager said “many things” make Huntington such a special place, including its teachers, his friends and “just the overall school.” He will miss it when he heads off to Manhattan to begin college.

“My time at Huntington has been truly amazing,” Mr. Canas Granados said. “However, it would not be possible without the help of my friends Ryan Aguirre, Hannah Roberts, Alexis Kaloudis, Nathali Ulloa and Angelica Hernandez. I think one thing I will miss the most is just walking the hallways on a daily basis seeing my friends and talking to my teachers and staying after school countless of hours for drama club and marching band. I will miss Huntington, but I’m ready to start my life as a college student.”