Nick Arleo’s path in the world of college football coaching hasn’t always been smooth and straight, but the Huntington High School Class of 2014 alum is well on his way to realizing his dreams through hard work, help from others at just the right time and good luck.

A career in football almost didn’t happen. “After winning the Suffolk County championship my senior year as a captain of the football team, I walked off the field with a new desire for what I wanted to do as my career path: coach football at the highest level possible and do whatever it takes to get to that goal,” Mr. Arleo said. “The crazy part is that the summer before my junior season at Huntington, I was in Coach [Steve] Muller’s office one-on-one with him and told him that I was quitting football to join the golf team.” 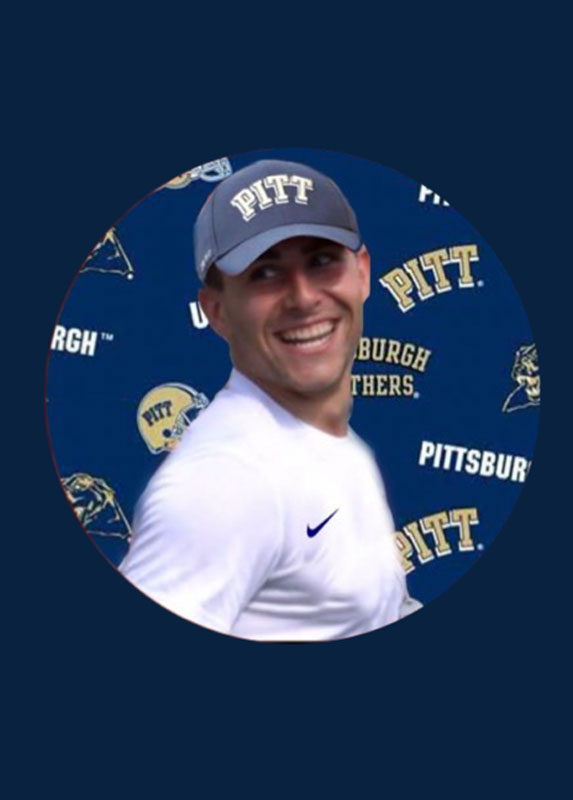 But Mr. Arleo never did tee-off for the Blue Devils. “Muller told me he wasn’t accepting my resignation from the Huntington football program and gave me two weeks to see if I felt the same way,” the Huntington grad aid. “The second I walked out of his office, that feeling never returned. If it wasn’t for Coach Muller, I really have zero clue what I would be doing with my life right now or what my career path would be. I thank that man every year and send him a picture from the field of my season opening game for believing in me and not letting me make the worst decision of my life.”

Mr. Arleo didn’t go to college to play football. “I originally went to Aurora University in Illinois to play college lacrosse and study coaching as my major,” he said. “It was one of only 13 schools in the country at that time to have this major. I started to fall out of love with the game of lacrosse towards the end of my high school career. I wanted to play football in college, but I had a better opportunity getting recruited for lacrosse. That along with the fact that I believed a fresh start at a new school would revitalize my love for the game of lacrosse, a game that I had played since I was five years old. That did not end up being the case. Things actually got worse before they got better.”

Mr. Arleo said he was a C+ student in high school, but college proved to be more challenging. “Halfway through my freshman year, I had a 1.85 GPA,” he recalled. “I was on the verge of getting kicked off the lacrosse team there. That along with the fact my physical health wasn’t great either as I had gained 20 pounds since the start of my freshman year of college. I was already contemplating leaving Aurora, but I never really had a plan. Until the day my college coach at the time called me into his office and proceeded to rip into me about my grades and my weight. After I walked out of his office, a switch flipped in my brain. I came up with a plan that night. I was going to transfer to the school of my dreams that I had loved since I was a little kid: Ohio State University.”

His life was transformed

The Huntington alum starting taking his health more seriously, eating better and running as many as six miles a day after practice as he headed toward wrapping up his time at Aurora. “From March to December of that year, I lost 70 pounds,” Mr. Arleo said.

The former Blue Devil sports star returned to New York and enrolled in Nassau Community College to raise his GPA so he could eventually transfer to Ohio State. Mr. Arleo also volunteered with the Huntington football program and Coach Muller. “It was the official start to my coaching career,” he said.

That fall, Mr. Arleo was “locked in” on his school work and health. “Working out in the morning, going to class and going to practice at Huntington and coming home to do my homework was all my life consisted of that fall,” he said. “My grade point average in the span of a year went from a 1.85 to a 3.4. I had never felt more accomplished in my entire scholastic life. I then approached my parents about the possibility of transferring to the community college affiliated with Ohio State; Columbus State Community College. I had read that the acceptance rate coming from CSCC was very high and I wanted to be in the city of Columbus and at least be around Ohio State. So that’s what I did.”

After enrolling in Columbus State Community College, Mr. Arleo kept to the same schedule: Working out in the morning before classes, attending school and staying on campus until 7 or 8 o’clock at night working on assignments. “My GPA was a 3.5 after that semester and I was accepted to Ohio State University for the fall semester,” he said. “My dream had come true.”

After that first semester at OSU, Mr. Arleo leaped at an opportunity to join the football program’s equipment staff with a chance to obtain a full-time job during the following season. “I saw it as a way to get my foot in the door and meet and network with the staff over there,” he said. “I worked there all spring and the day after the spring football game, I was told that I wasn’t being hired. I was crushed. But it was a great first-hand look at what college football practices were like and just getting the experience that was so valuable to me.”

Mr. Arleo admits that he was “bummed” that he didn’t get the job at Ohio State, but his fortunes quickly started to change. “I got an email that same night from the Miami Dolphins regarding me interviewing for a coaching and football operations internship with them for the summer,” he said. “I interviewed three days later over the phone and three weeks after that phone call, they called me and told me I was hired for their summer internship program. It was another chance to learn from great football minds and allowed me to build my network as I was getting ready to graduate college in the next year or year and a half. The internship was amazing and I got to meet so many great people while I was down there.”

With the internship complete, Mr. Arleo returned to Ohio State and began working for the wrestling program in the area of recruiting. “I really got to see the ins and outs of everything that goes into recruiting the best wrestlers in the country while also studying their coach, Tom Ryan and his coaching style from afar,” the Huntington alum said. “Coach Ryan is one of the best coaches in all of college athletics so everything I learned from him I soaked in like a sponge. It was another valuable experience that I couldn’t be more thankful for. I got to learn so much more about college athletics from that side of things.”

In the spring, someone that Mr. Arleo had earlier connected with told him about a possible defensive assistant coaching position with the Miami of Ohio college football team. “I jumped at the opportunity to be able to start my college coaching career at a storied program like Miami, which is known as ‘The Cradle of Coaches,’” he said. “It was the most ideal start I could have ever had. In my two years at Miami, I was able to work with linebacker coach Spence Nowinsky, cornerbacks coach John Hauser and special teams coach Doug Shearer and learn from the great football mind of head coach Chuck Martin.”

In Mr. Arleo’s first season the Miami of Ohio team finished with a 6-6 mark and just missed going to a post-season bowl game. “This past year, which was my second season, we won the Mid-American Conference championship,” he said. “Being part of a championship with the special people over there at Miami was the best year of my life. Being a part of a championship staff in only my second year of coaching was very special to me. The entire program as a whole won that championship. We all did it as one; players, coaches, strength staff, academic and medical staff - everyone played a role in us finishing the year as the last team standing and holding up the trophy.”

“A very special time in my life”

Mr. Arleo called his two seasons as a defensive assistant at Miami of Ohio as a “very special time in my life,” but another career changing opportunity came his way this winter and he jumped at it.

“I was hired as a defensive analyst for the University of Pittsburgh football program,” Mr. Arleo said. “It was another chance to keep climbing the crazy ladder that is the coaching profession. To be a part of another great staff with a ton of pedigree in the game of football is really a dream come true. I’m looking forward to helping replicate here in Pittsburgh what my time was like at Miami by winning an ACC Championship and making some noise in the college football world.”

The journey to this point in Mr. Arleo’s life and career hasn’t always been easy. “It took a lot of sacrifice, support from friends, family and important people I met along the way, dedication, and drive to get here,” he said. “I am by no means a success in my profession yet. But with my experiences up to this point and the constant chase of the dream of being a great college football coach, I feel like I am on the right track. I will continue to believe that I will make it to my mountaintop and my journey will be well worth what is at the top of that mountain.” 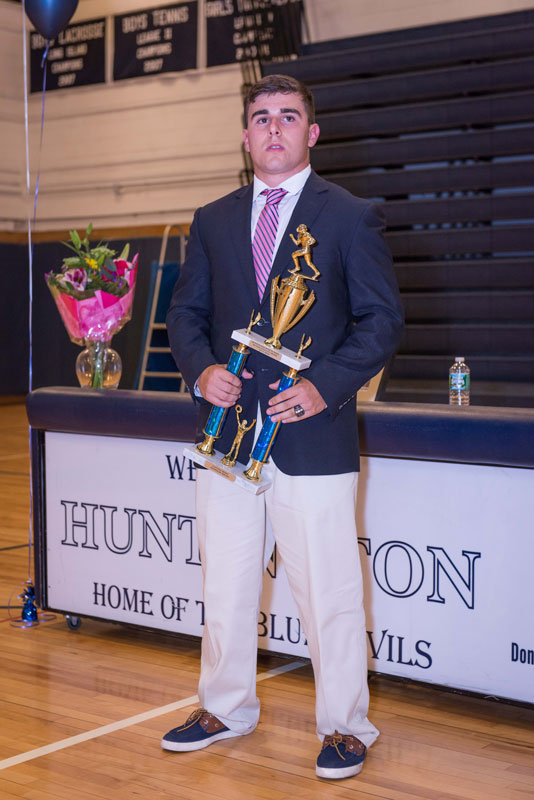 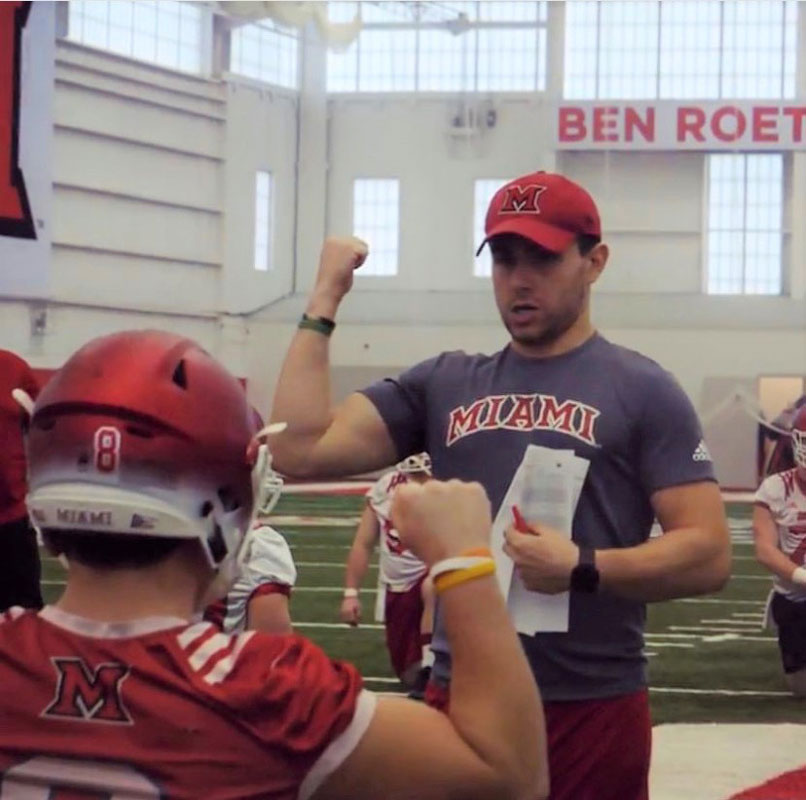 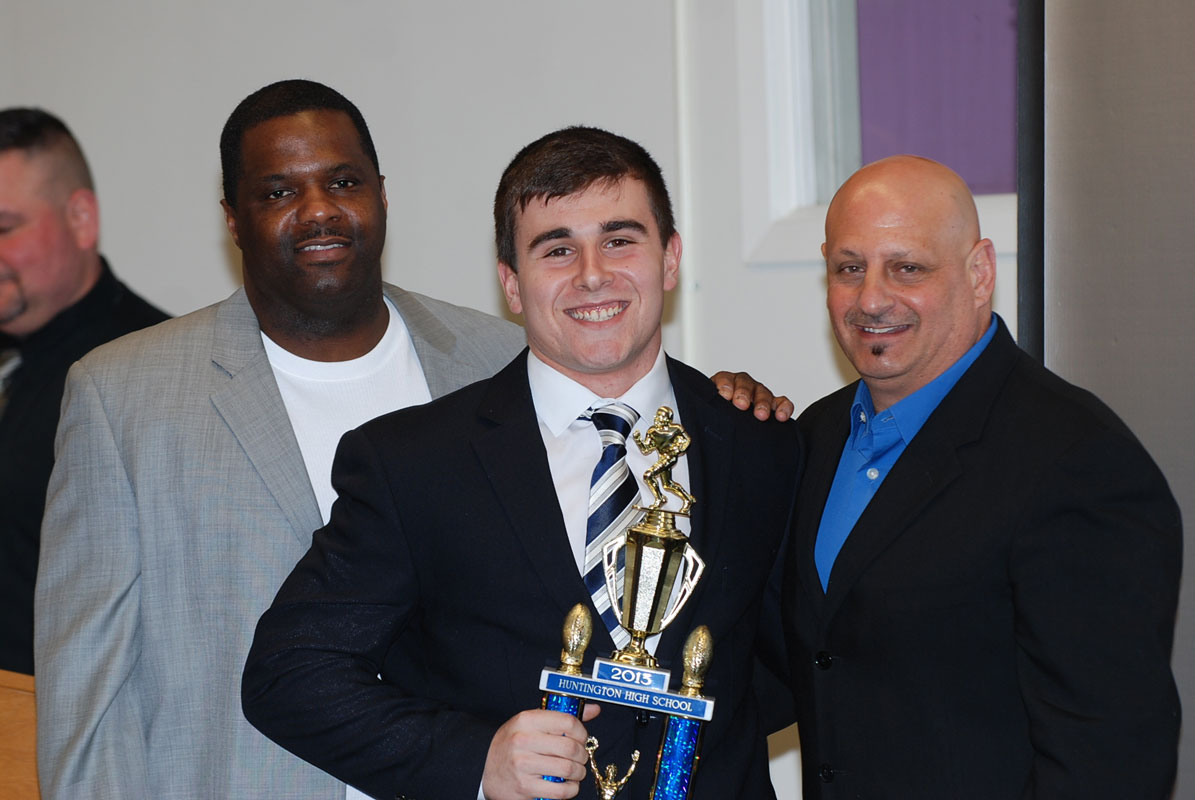 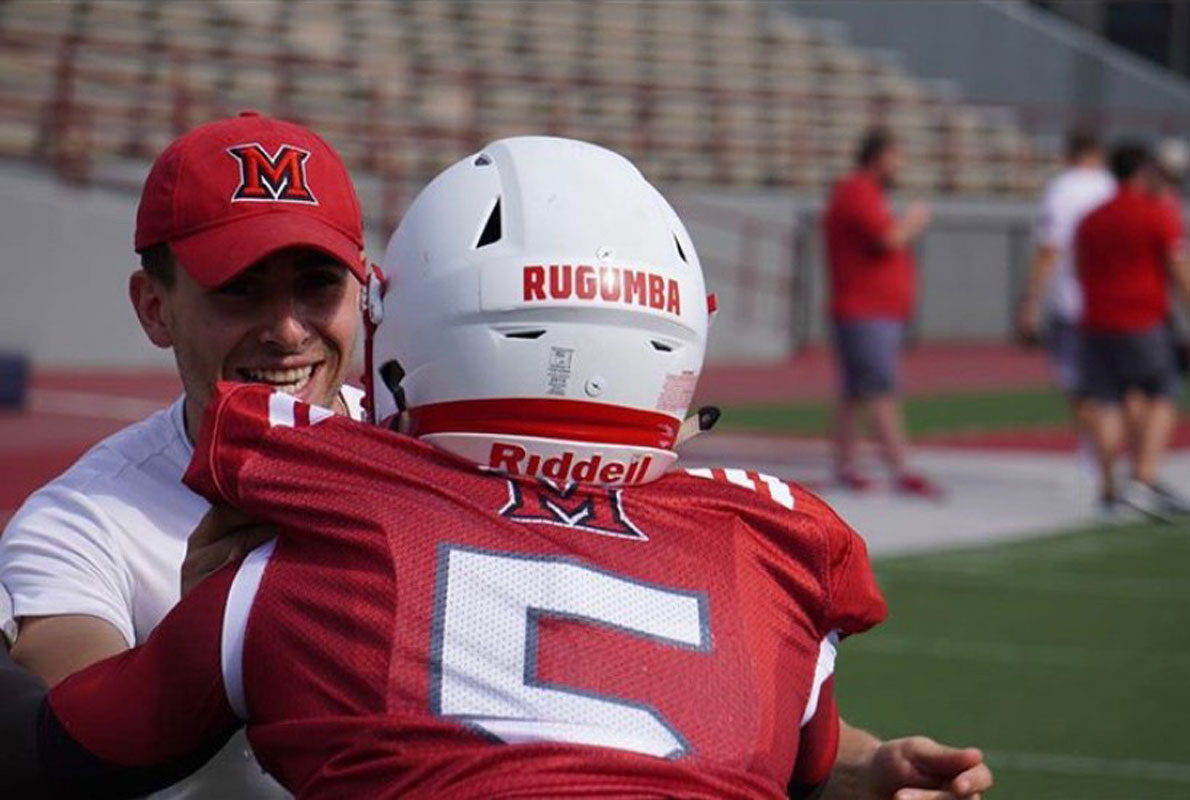