When Emma Farrell was accepted into Fairfield University in Connecticut the Huntington High School Class of 2019 member was thrilled. She headed off to college that fall with every expectation of staying for four years and completing requirements for an undergraduate degree. But life doesn’t always work out according to plans.

“When I got there, I loved the professors and the activities I joined,” Ms. Farrell said. “I was on the club swim team, ski club, baking club and took part in a stress relief yoga class every Wednesday. How could I not enjoy the school if I was doing the things I loved?”

Despite some very tough days, Ms. Farrell compiled an enviable 3.67 grade point average for the fall semester. But she knew something wasn’t right and it had to change.

“I was constantly putting so much time and pressure on myself to study and often did not allow time for myself to relax,” Ms. Farrell said. “It is obvious now that method was not working in my favor, but it was hard for me to recognize it while I was going through it. If anything, I knew I was not myself.”

She began attending yoga classes on Wednesdays to help relieve some of the anxiety she was experiencing. “After a while, I started doing yoga more than once a week and loved it,” Ms. Farrell said. “I remember saying to myself, ‘what if I become a yoga instructor?’ however, I quickly put that to the side simply because I never thought I would be able to achieve that or overcome the fears of teaching and public speaking.”

The months went by and the semester came to a conclusion. “A fresh start and a new semester was right around the corner,” Ms. Farrell recalled. “I was looking forward to meeting new friends through the ski club and going to different mountains on the weekends. When I was supposed to go back to school, I was living my worst nightmare; my sister was admitted to the hospital for three weeks.”

The Huntington grad decided it was best to take the spring semester off. “I used this time to figure out who I was and what I was interested in doing,” Ms. Farrell said. “I continued taking yoga classes at a studio nearby home and saw a sign for a 200 hour yoga teacher training program that was scheduled for April. I finally decided to do it. After all, what is the worst that can happen?”

Ms. Farrell completed the training program last month. “I found what I loved and most importantly, I found myself throughout the journey,” she said. “Unfortunately, the training was online, but I met amazing people who I can now call my second family. I am so grateful for the opportunity in a time of uncertainty and I now have the knowledge of yoga to fall back on when things get tough. I have been teaching classes to my family and friends and they all love it! I hope to continue spreading my love for yoga to everyone I meet.”

While at Huntington High School, Ms. Farrell captained the swimming team and rowed with the crew team. She was active with the high school’s Habitat for Humanity chapter, serving as its vice president and treasurer and volunteered with Island Harvest. She was inducted into the National Honor Society as well as the Art, Science, Math and Spanish Honor Societies. She was named a Distinguished Senior.

During the break from college, Ms. Farrell came to the realization that Fairfield “was not the right school for me.” So she took the initiative and transferred.

“Throughout my yoga training, I became more aware of who I was and knew I wanted to help people and make an impact in their lives,” Ms. Farrell said. “I will be attending Molloy College in the fall for nursing in the hopes of one day becoming a neonatal intensive care unit nurse. I find this quite appropriate because I was in the NICU for three months. Knowing that I have experienced the same duress my patients will inevitably go through is tough, but without a doubt, it will be a rewarding experience to be a part of something bigger than myself while helping those in need.” 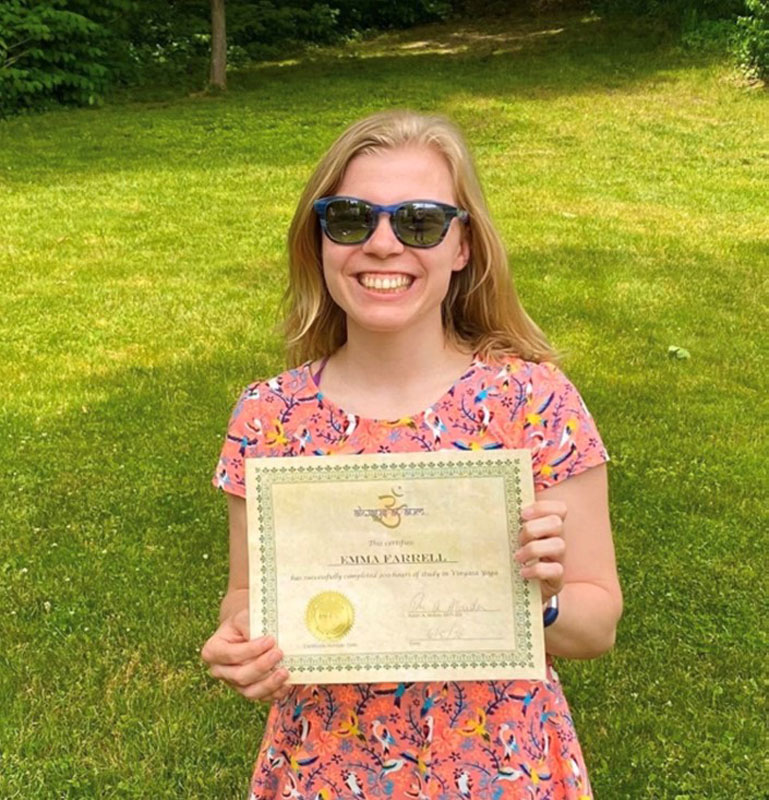 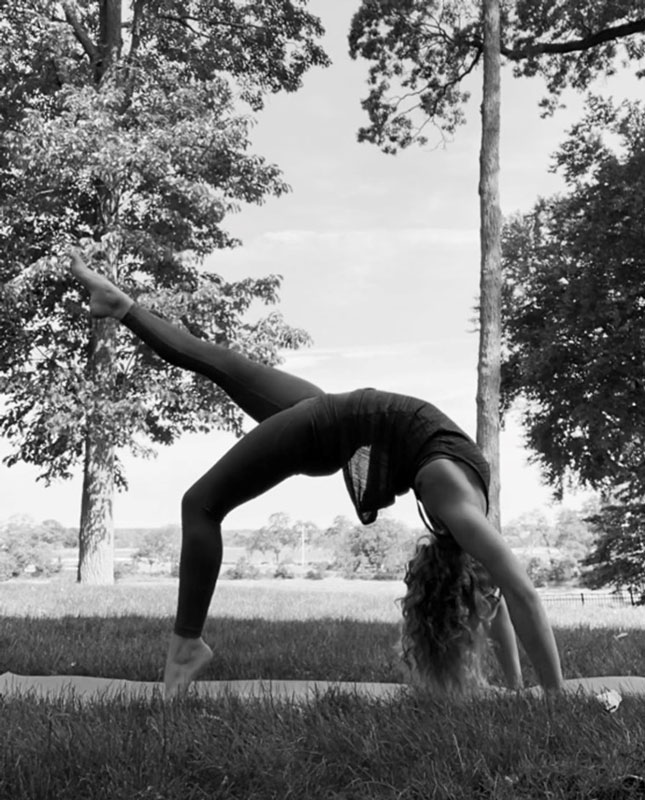