Alyssa Salese came out of nowhere to win the Long Island Marathon last May. Now the Huntington High School alum is taking aim at a much bigger goal; the 2024 Olympics.

Ms. Salese’s story is one of incredible determination and willpower and a willingness to train incredibly long hours. You can call her an unlikely marathon runner. She’s an example of when a person is passionate about something, anything is possible.

Ms. Salese graduated with Huntington’s Class of 2010 after playing lacrosse with the Blue Devils for four years. “I always had a gut feeling that I was meant to pursue track and field instead,” she said. “My senior year, I decided to run on the winter track team. I knew I would always regret it if I didn’t do it and also viewed it as a way to get in shape for lacrosse in the spring.”

Running under the tutelage of then Blue Devil track coach Debbie Cheskes ignited a spark that burns brighter than ever in the Huntington alum today.

“That season of winter track actually made me the person I am today,” Ms. Salese said. “I met my best friend on that team, who has been one of the most impactful people in my life. Before the track season even started, I was confident in the fact that I would be a strong member of the team. Having no prior experience, I told Coach Cheskes that I would be a sprinter. I would go on the run the 55m, the 300m and the 4x200m relay.”

Running with the Blue Devils was about more than just winning or losing. “The majority of my fondest memories in high school are from being on that winter track team,” Ms. Salese said. “I finally felt that my efforts were contributing to the team in a positive way. When the season ended, I was faced with the decision of running spring track or continuing lacrosse. I ultimately chose lacrosse, as I felt it was important to be on the team my senior year.”

Ms. Salese went on to study at Manhattan College, where she graduated in 2015. She continued running for its health benefits, averaging 25 miles a week.

“My running really took off once I graduated college in 2015,” Ms. Salese said. “As a recent college graduate, I had time on my side. I was working for my dad while applying for jobs and would utilize the time I had in the mornings and afternoons to run. I started to feel really good and that feeling snowballed into making better eating habits for myself as well. My weekly mileage went from 25 to 60.”

Ms. Salese has kept running a priority in her life for the past five years. “I set a goal for myself that I would qualify the 2019 New York City marathon,” she said. “Last October during an interview for a position at the New York Road Runners headquarters (where she currently works) I was told that staff members aren’t allowed to run in the marathon. I knew that if I was offered the job, it would be too good an opportunity to pass up. This forced me to rearrange my goals for the upcoming year.”

Intense training continued unabated. “I finally felt I was ready to pour my efforts into a marathon and I wanted to run a world major,” the Huntington alum said. With the New York City Marathon off the table because of conflict of interest rules, Ms. Salese sets her sights a few hours away in Boston.

“Unlike the other five world marathon majors, you have to qualify for Boston with another marathon,” she said. “Women in my age bracket have to run in 3:30 or less. I decided to try and achieve this with the 2019 Long Island Marathon. Having absolutely no marathon training experience, I made a program for myself and trained last winter. The longest run I did before the marathon was 16 miles.”

Engulfed in an all-out training regimen, the May 5 marathon date came quickly upon Ms. Salese.

“Race day weather was not ideal; 52 degrees with wind and rain,” she recalled. “I woke up contemplating if I should even go or not. Ultimately, I decided to show up. At mile five, the bike spotter informed me that I was the lead female. This frightened me and made me question if I should slow down or not. I decided to keep my pace as long as I felt comfortable. I continued running in the wind and rain with the bike spotter at my side. The second place female was nowhere in sight. Although I knew I would be winning this race, I still had to achieve my goal of running it in 3:30 or less. Once the finish line was visible, I was overcome with a flood of emotions. I ran my first marathon; I won my first marathon and I qualified for the 2020 Boston Marathon. I finished the Long Island Marathon in 3:02.”

The Huntington grad surprised the field and the entire running community. “Before running the marathon, my talents in it were unknown,” Ms. Salese said. “After having so much success in it, I decided to run in the Philadelphia Marathon, which took place on November 24. My training for Philadelphia differed, as I was running under Coach Stuart Calderwood. Stuart trained me to finish Philadelphia in 2:55. Due to an injury at mile 15, I finished in 2:59.”

The Huntington alum plans to run in the Boston Marathon in May, “but my goal doesn’t stop there,” she said. “The biggest goal on my horizon is to qualify for the 2024 Olympic trials. This means I’ll have to run a qualifying marathon in 2:45 or better. I will achieve this and since I’m considered young for the marathon, I have time on my side.”

Ms. Salese is a shining example of what’s possible in sports or a career field or even in life when a person is willing to work hard, sacrifice and strive to achieve high goals.

“Being a mediocre athlete in high school doesn’t limit you to what you can achieve in the future,” Ms. Salese said. “If you work hard and believe in something, you will be successful.” 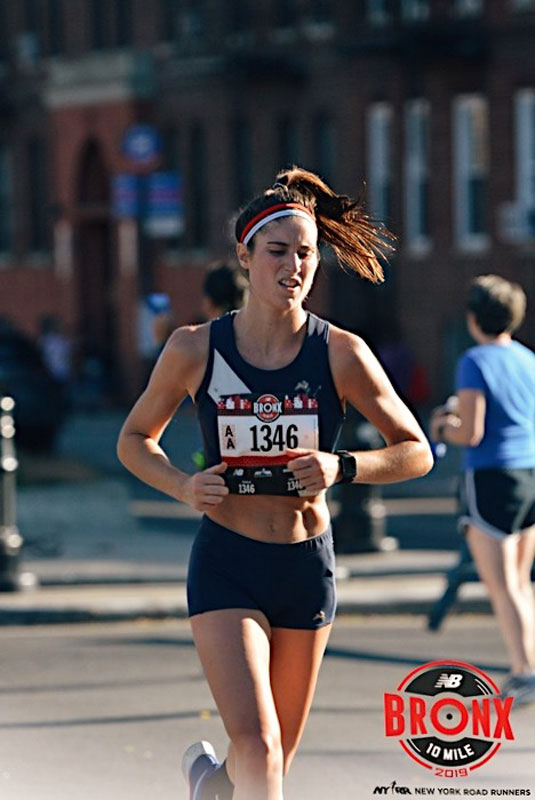 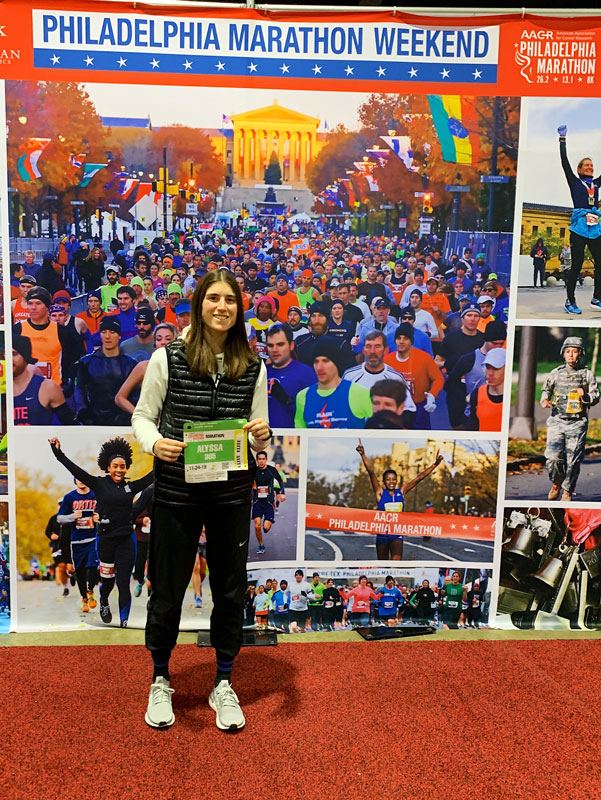 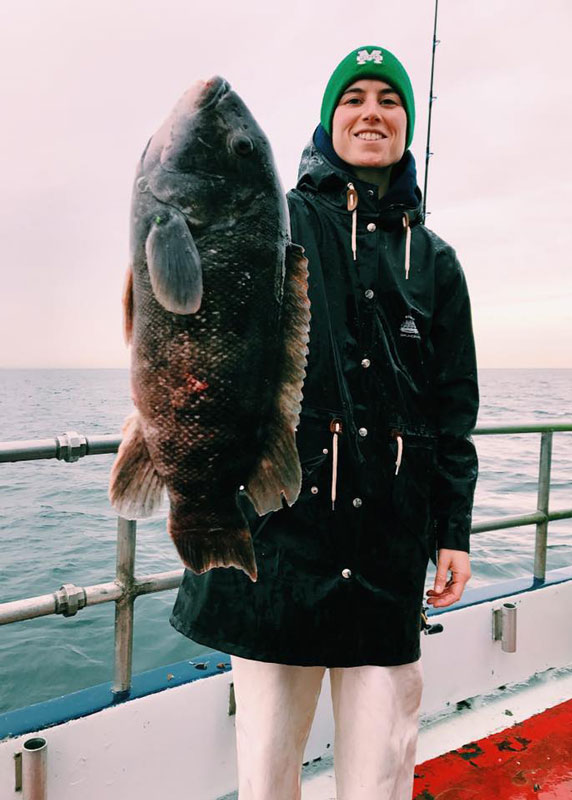 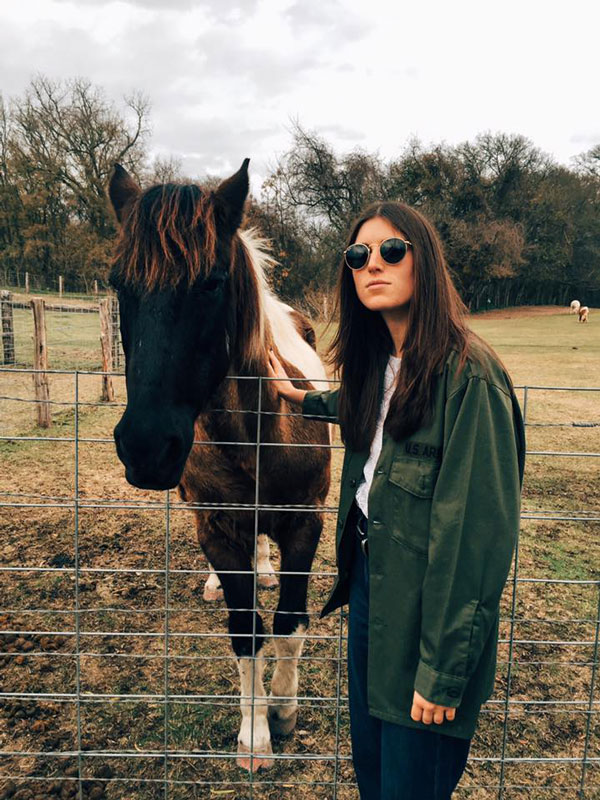