Caroline Maggio is studying to be a teacher. The Huntington High School Class of 2016 member is participating in a five year program at Quinnipiac University that will result in her earning an undergraduate degree along with a Master of Arts in Teaching. She is studying history and Spanish and also working toward obtaining a cross endorsement in special education.

“It has been a dream of mine to be a teacher for as long as I can remember and I love that I have an opportunity to pursue my dream occupation at my dream university,” Ms. Maggio said. “One thing I love about my program is that it requires me to complete 20 hours of field work a semester, so I get the opportunity to have experiences in a classroom as a teacher’s assistant or student teacher before I enter the work force.” 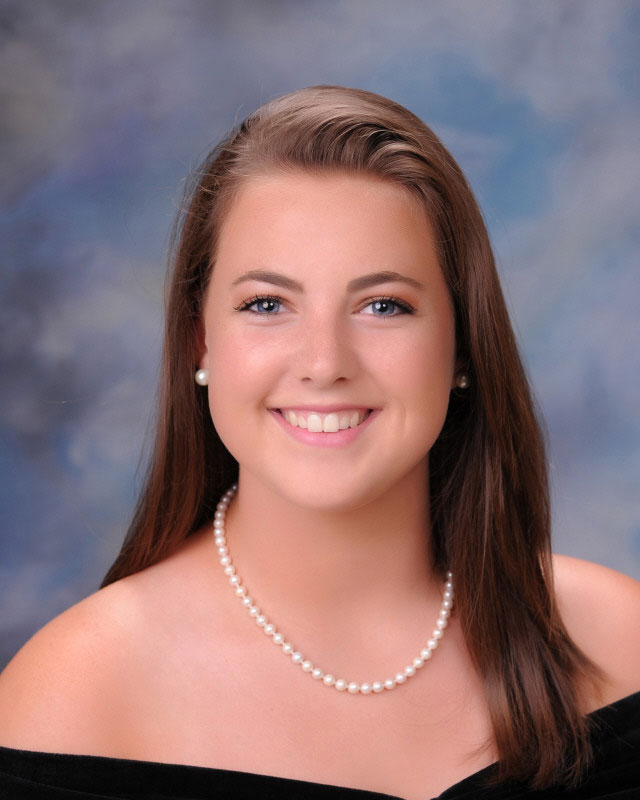 As a Huntington High School senior, Ms. Maggio participated in a full year credit-bearing career internship with social studies teacher Peter Crugnale. It further whetted her appetite for a career in education.

Ms. Maggio has worked with an English class in North Haven Middle School in North Haven, Connecticut over the past year and found it to be a “great” experience. “Although it was strange at first being called ‘Miss Maggio’ and seen as an authority figure, when it feels like I was in middle school yesterday,” she said. “But I also think that aspect helped me to connect with my students because I was only a few years older than them. This was something I had never experienced before because I felt like my students respected me as a teacher, but the relationship I had with a few of my students was very friendly and casual. I believe this was the best part of my experience in the classroom because I feel like I helped these kids learn and grow, but I also made really strong connections with them.”

Working in a classroom has confirmed the Huntington grad’s career choice. “Any teacher will tell you that teaching is one of the most rewarding jobs there is, but I never fully understood that until I went into a classroom and saw the difference I was making in these kid’s lives,” Ms. Maggio said. “That’s when I knew I was in the right spot and this is what I want to do.”

The Huntington grad’s most recent experience has been illuminating. “This past semester I’ve been studying in Barcelona, Spain, which has been the most life changing four months of my life,” Ms. Maggio said. “I assumed with the internet and globalization and everything that I was so ready to be immersed in Spanish culture and fitting in everything would be easy breezy, but I have never been so wrong about anything. The culture shock and the language barrier was the most difficult part about assimilating into my new life in Barcelona.”

It took the Huntington alum time to adapt to her European surroundings. “Although Barcelona is located in Spain, the people speak Catalan instead of Spanish because Barcelona is located in the province of Catalonia where Catalan is spoken more frequently than Spanish,” Ms. Maggio said. “Although it was a difficult adjustment at first, I quickly figured out the city and my class schedule and before I knew it, I called Barcelona my new home. I had such an amazing time being able to travel to so many places across Europe that I had always dreamed about going to because everything in Europe is so close.”

Ms. Maggio has visited Amsterdam, Rome, Budapest, Dublin, Paris, Athens, Santorini and London, as well as traveling throughout Spain itself. “As a history major, seeing the sights where so many significant historical events took place was incredible and being able to share my firsthand experiences with my future students is something I’m really looking forward to,” she said.

Every day seems to offers a new opportunity to gain more experience as she marches toward a career in the classroom. “My program requires me to do 20 hours of field work a semester,” Ms. Maggio said. “I had the opportunity to student teach in Barcelona, where I worked with a fifth grade class in a school called Les Acacies and helped the students learn English. I had never worked with English language learners before so I was really nervous when I first started. The language barrier got in the way from time to time, but my students were really hardworking kids who are really excited to learn English from someone from America.”

The Huntington alum said she worked mainly on building conversation skills with her students, speaking with three or four students at a time and conversing back and forth. “I loved how I got to know them better both personality wise as well as where each of them stood in terms of their English level,” Ms. Maggio said. “The curriculum of Spain requires students to start learning English in the first grade, so their English was pretty advanced, but the hardest aspect of learning a new language is having a fluid conversation. I struggle with this aspect from time to time while I speak Spanish, you need to sit and think about the translation before you can speak it, and even then it doesn't always come out right. This was what I focused on with my students.”

Day after day, Ms. Maggio gained in knowledge and understanding. “Upon getting to know my students I noticed that I had a similar relationship with my students in Spain as I had with my students in Connecticut,” she said. “It was eye-opening to see that kids halfway across the world aren’t that different from kids back home. After the four months I spent with my students in Spain, the improvement I saw from the beginning of the semester was incredible. It’s such a surreal feeling knowing that I was the one that helped these kids and I was the one that made a difference in their life and it broke my heart having to leave them to come back home.”

The Huntington grad is carrying an academic major in history and a minor in Spanish. She’s a member of the women’s sorority Delta Delta Delta (also known as Tri-Delta) and the Quinnipiac Future Teachers Organization.

To say that her time in Spain was valuable would be a gross understatement.

“I walked into this experience not knowing how to teach someone a new language and terrified that I’d screw up somehow, but after having gone through all of this not only did I learn how to do it, but I also got the opportunity of a lifetime knowing that I can not only make a difference in the lives of students in my own community, but also students across the world,” Ms. Maggio said. “To me, that’s what is so special about being a teacher; you help students learn and give them information they’ll need in life and you get to touch so many different lives while doing so.” 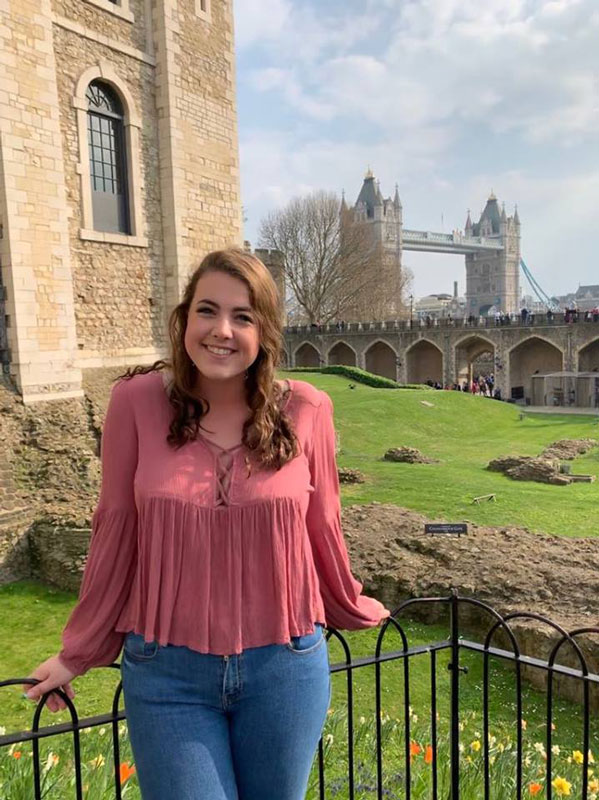 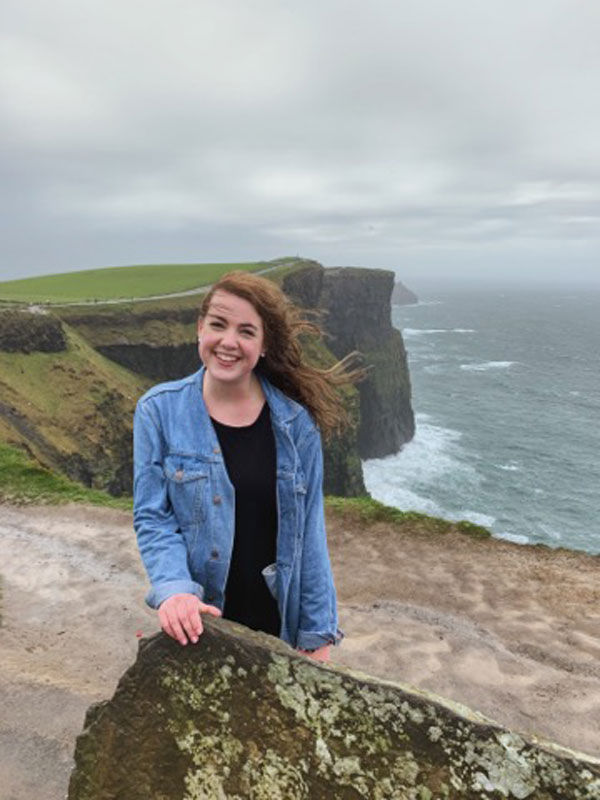 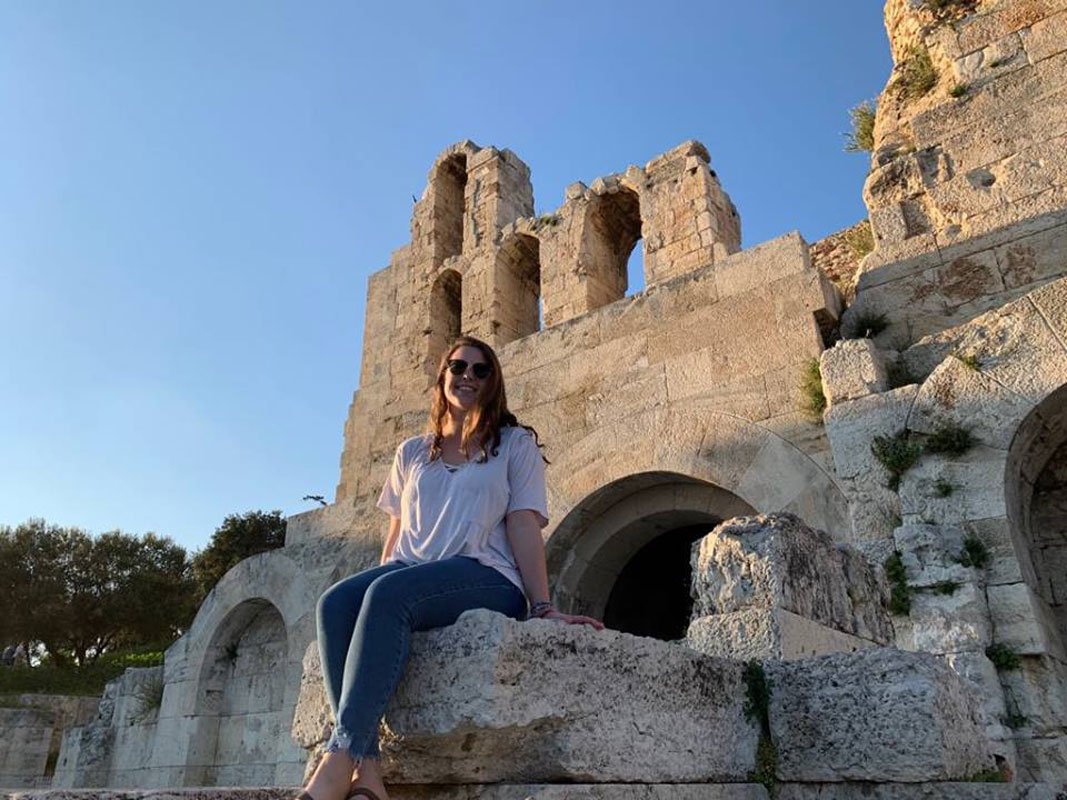