Life is full of twists and turns. It often demands that a person just “go with the flow” and be flexible. Mary Pulizzotto knows this all too well.

A member of Huntington High School’s Class of 2015, she has been majoring in fashion design at Pratt Institute in Brooklyn. She joined the sorority Theta Phi Alpha and delved into Greek life on campus, including joining Pratt’s Inter-Greek Council (which is the place where the fraternities and sororities plan events for themselves as well as campus-wide events) as well as Panhellenic (which is the governing body between the sororities on campus) and Order of Omega, Greek life’s honor society. 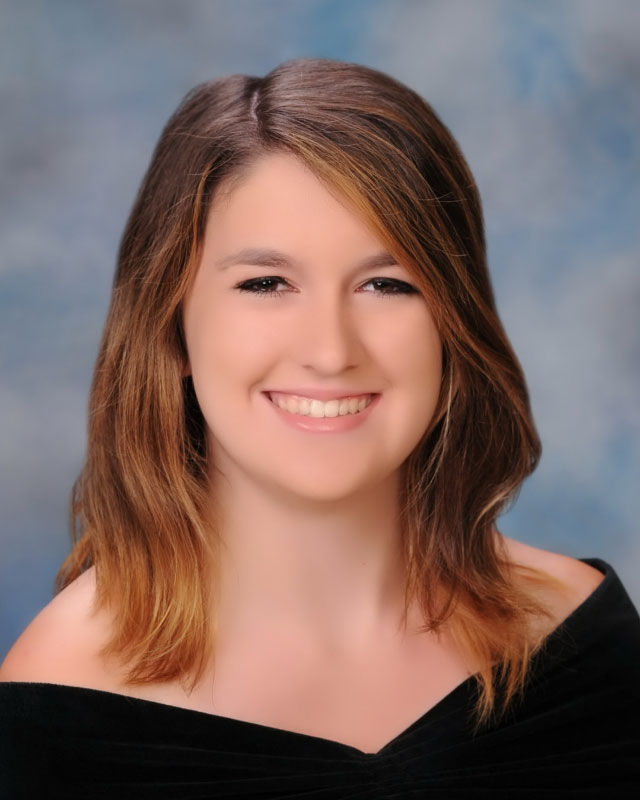 All of a sudden a new opportunity presented itself and the Huntington alum seized the moment. “I would currently be in my senior year at Pratt, but I was hired for a professional internship with Walt Disney World Parks in costuming, so I’m away from school for this year,” Ms. Pulizzotto said. “I will be returning in the fall and plan on graduating in the spring of 2020.

The Huntington grad is a costuming workroom intern, “which means that I am the intern that works within the building aspects of a costume, bringing designs to life,” Ms. Pulizzotto said. “I’ve been working in all aspects of making the costumes, from pattern design to cutting to sewing and even working with the millinery team to make some of the hats you would see throughout the parks. The two parts I’ve been working most closely with are the pattern making and millinery teams.”

The technical design or pattern making aspect of costume creation begins with a designer’s drawing. “I then would drape on a dress form from what I see within the drawing and try to match the designer’s vision as close as possible,” Ms. Pulizzotto said. “In meetings with the designer, we discuss changes to the pattern to get the design perfect. Then the pattern is finalized. I digitize it through a CAD program then send it off to the cut and build teams to be made into the final garment.”

As an intern, Ms. Pulizzotto is also working on a special project during her time in the program. “This project is helping the millinery team digitize their patterns,” she said. “Digitizing helps the process of making changes to patterns and cutting fabrics faster and easier than doing it by hand.”

Ms. Pulizzotto began working at Walt Disney World last June and was supposed to stay there until January, but she was asked to keep working through June 2019.

“My favorite part about working for Walt Disney World Costuming is whenever I see a garment I’ve worked on in the parks,” Ms. Pulizzotto said. “It’s amazing to be a part of the magic that the guests get to experience. I’m so lucky to be working at a place that so many people find so magical and comforting. I love being able to create happiness and magic though the costumes I help make.”

Ms. Pulizzotto completed three years of fashion design courses while a student at Huntington High School. As a senior, she interned with teacher Amy Worth, who at the time headed the fashion program.

“Huntington’s fashion design program really put me a step ahead when I was a freshman in college because fashion classes in high school, unless outside of the classroom, are very rare,” Ms. Pulizzotto said. “I felt so lucky to have those experiences at Huntington High School to give me the experience in design and sewing before going to college. I also learned how to illustrate in gouache, which is a medium not a lot of people work in today and I still love illustrating my designs in it! The fashion design class really solidified what I wanted to pursue in higher education, and do for a job. If anyone is interested in fashion I would absolutely recommend that class for them. I loved every second of it and learned so much.” 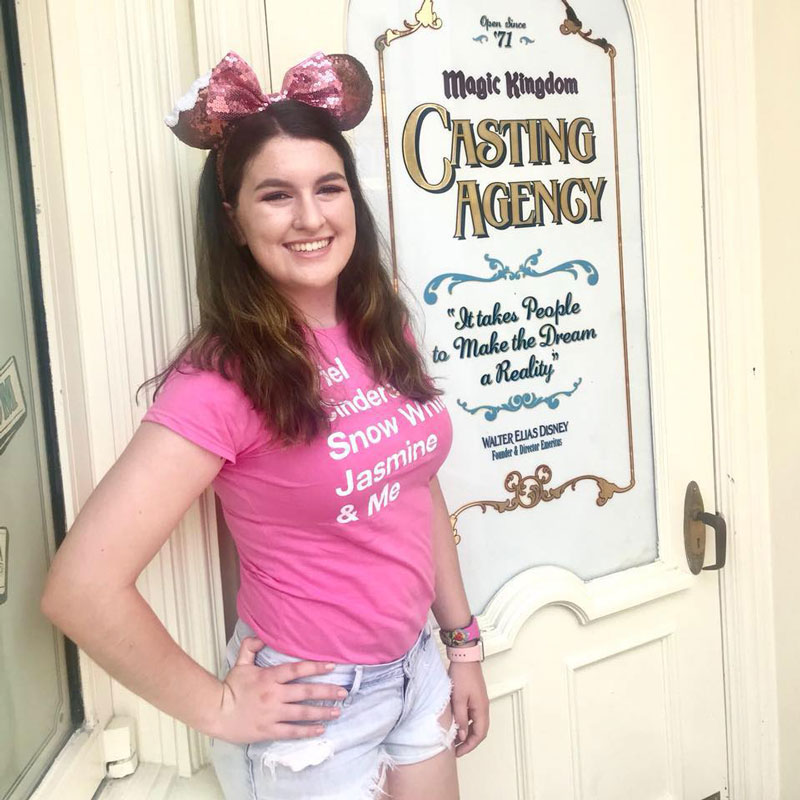 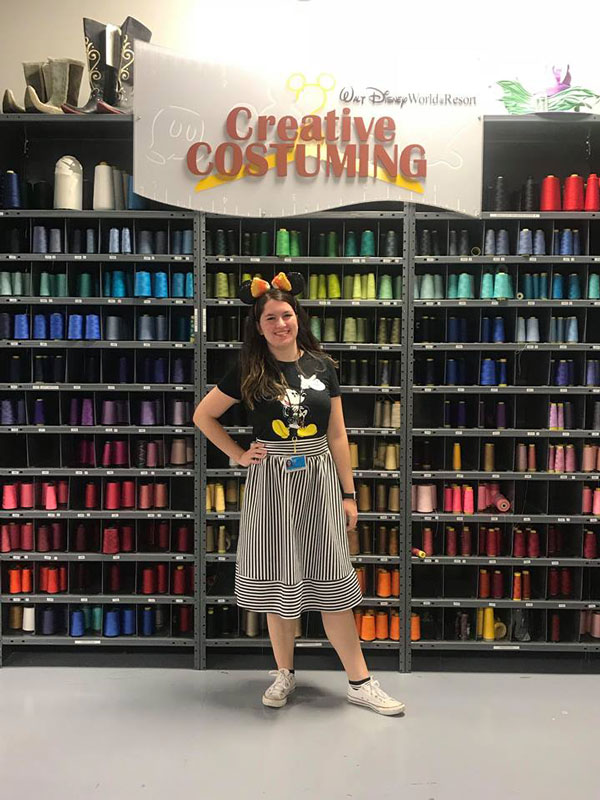 Huntington alum Mary Pulizzotto near the thread spools in the costume department at Walt Disney World.

Huntington alum Mary Pulizzotto near the thread spools in the costume department at Walt Disney World.