In a relatively short time, Taylor Moreno has climbed into the ranks of the best NCAA Division I women’s lacrosse goalies in the country. The Huntington High School Class of 2016 member made 17 saves on Saturday afternoon as the University of North Carolina at Chapel Hill topped sixth ranked Virginia on its home field, 13-9.

Moreno sat out all of last season while recovering from knee surgery. She was impressive during the off-season and started this year as UNC’s second half goalie. After a string of standout performances, she got her first college career start last weekend and was spectacular for the Tar Heels. The Huntington alum played all 60 minutes and made several saves on wicked shots. 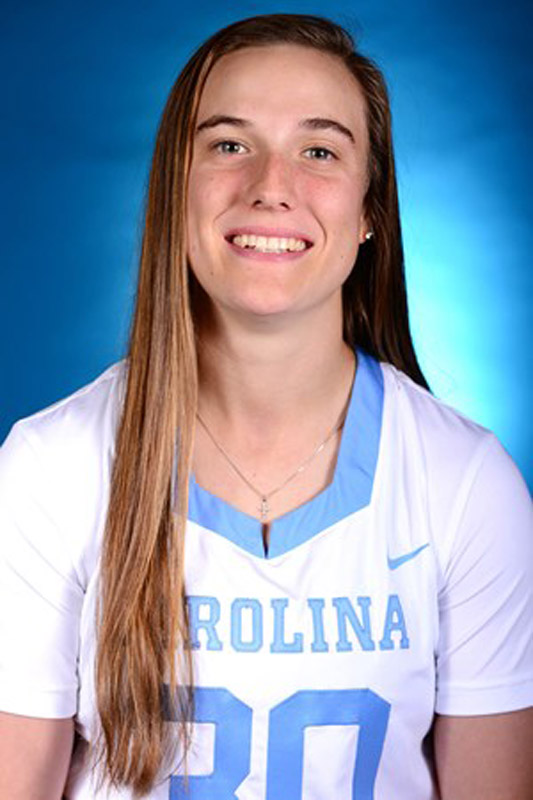 “The UVA game was huge for us and was something our team needed to start off our Atlantic Coast Conference play,” Moreno said. “Starting my first collegiate game was a crazy experience and something I’ve worked toward for a long time. Especially coming off an injury and not being able to play for two years was super challenging, but all the hard work has paid off and it was a great feeling to be able to get on the field in a game like that. Granted I had a great defense playing in front of me that made my job a little easier.”

UNC entered the game ranked fifth in the nation. The Tar Heels were expecting a tough game against Virginia and they got it. Virginia led, 6-4, at halftime. The Cavaliers out-shot the Tar Heels, 22-14 in the first 30 minutes, but Moreno made 10 first-half saves in goal.

“Obviously, the play of goalie Taylor Moreno was outstanding, UNC head coach Jenny Levy said. “She was great between the pipes and had a big impact on the game today.”

Moreno is ready to be tested again over next two weeks with games against Elon, Northwestern and Boston College. She’s played in all six UNC games, recording 236 minutes in goal and compiled a .512 save percentage.

Moreno was the Suffolk Large School Soccer Goalie of the Year as a junior and senior. She won the Suffolk Division II indoor long jump championship as a junior before returning to the basketball court as a senior for the first time since her freshman year and capturing All-County honors on the hard court.

An Under Armour All-American in high school, the 5’7 Moreno is also a first degree black belt in Tae Kwon Do. The teenager is the only female to ever play on the Huntington varsity football team, which traces its origins to 1895. 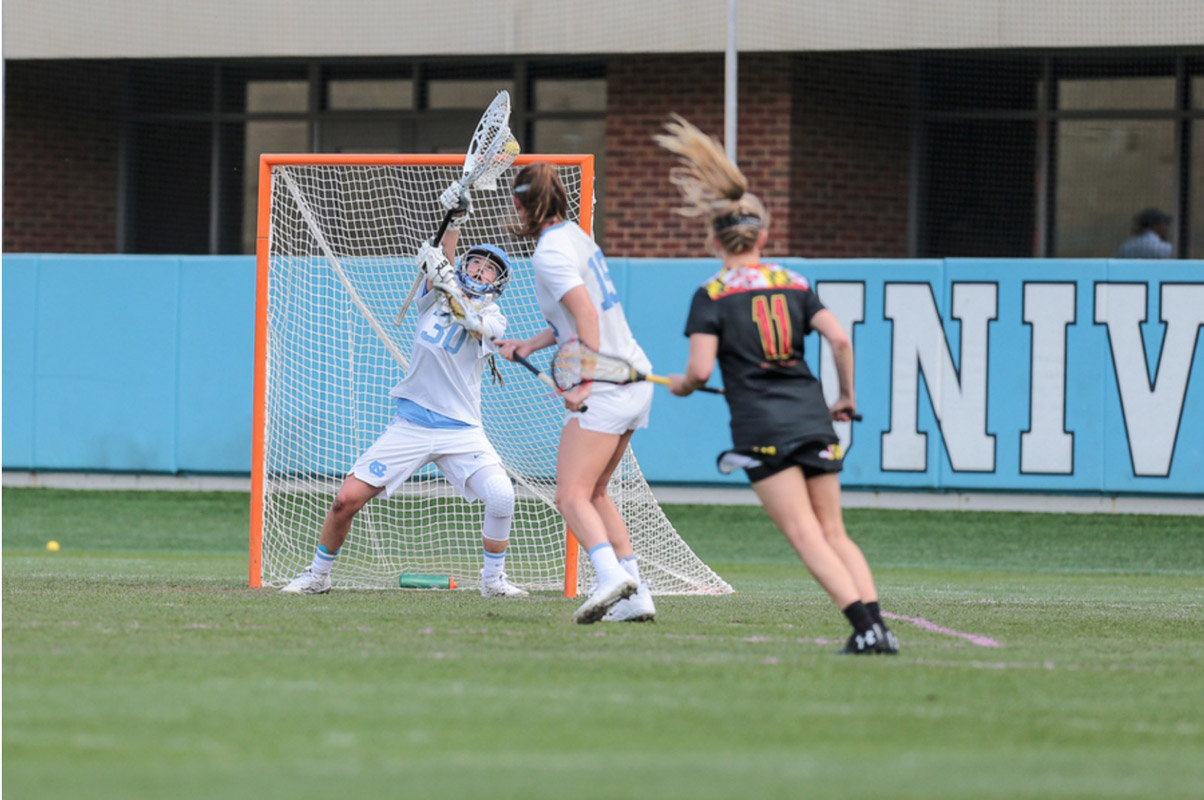 Huntington's Taylor Moreno started in goal for UNC against Virginia and won the game for the Tar Heels. 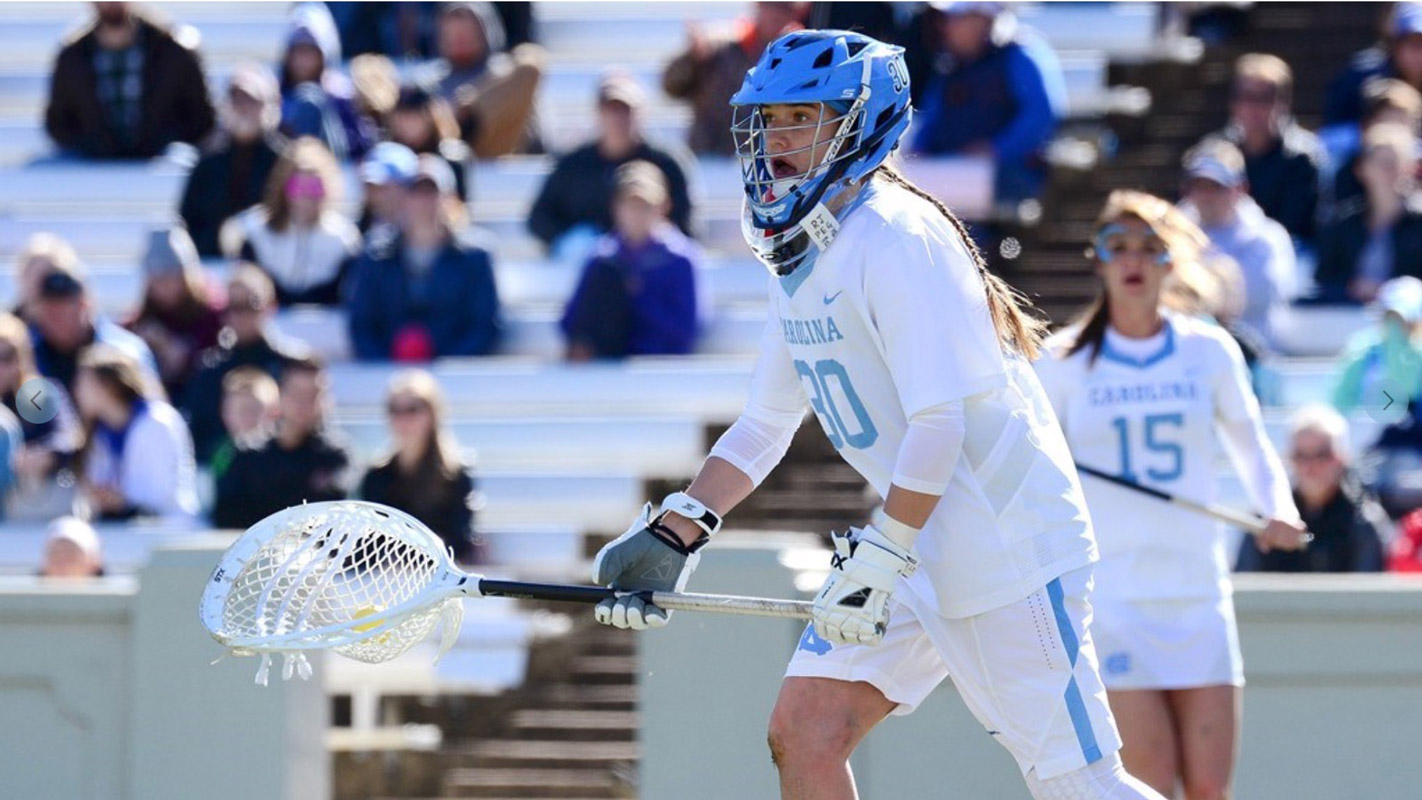 Huntington alum Taylor Moreno was spectacular for UNC last Saturday in a win over Virginia.

Huntington's Taylor Moreno started in goal for UNC against Virginia and won the game for the Tar Heels.

Huntington alum Taylor Moreno was spectacular for UNC last Saturday in a win over Virginia.