Charlie Ehrman has quickly found his stride at Cal State Northridge, which is located smack in the middle of Los Angeles’ San Fernando Valley.

One of the top young filmmakers to ever come out of Huntington High School, the Class of 2017 member has earned a glowing reputation and developed quite a following.

“These past months living in Los Angeles has been life-changing and has helped me grow into more of the filmmaker I want to be,” Mr. Ehrman said. “I had the chance to work on a TV show, short films and most recently multiple music videos.”

During his time at Huntington High School, Mr. Ehrman garnered a long list of accolades, including national awards and recognition. His short documentary of Eli Mollineaux Day at Blue Devil Field in September 2016 still brings tears to the eyes of those watching it today.

“If you had asked me six months ago if I’d think I would be working on any music videos, I’d probably say no,” Mr. Ehrman admitted. “However, I have found myself surrounded by lots of music producers and hip-hop artists in Los Angeles. This environment has given me a new profound love for music and working closely with an artist to bring a visual production to life.”

Mr. Ehrman recently worked on a music video for renowned R&B hip-hop artist Jeremih for his new song ‘Forever I’m Ready’ under the Def Jam label. “I worked as a grip, which means I helped set up the camera gear and studio lighting,” the Huntington alum said. “The set called a six hour light set-up in a two-floor studio, which allowed for ‘360-degree lighting.’ This means wherever the camera moved or panned to in each take, the environment would be fully lit for a beautiful image.”

The Cal State Northridge freshman has also been working as a director of photography and editor on some of his own personal projects. “I have teamed up with the artist ScribeCash to work as her main videographer,” Mr. Ehrman said. “In this job I am producing her music videos and visual content for social media. ScribeCash is currently on a national tour with an artist called Futuristic. When she returns to LA, I will be filming her show at the famous Roxy Theatre in West Hollywood.”

Mr. Ehrman has also been working with artist Evan Michael Green, filming a documentary about the new album he’s recording. “I’m currently developing and budgeting music videos for him that will be shot in May of this year,” the Huntington grad said.

Huntington art teacher Heather Swan, who leads the high school’s video arts program, worked closely with Mr. Ehrman during his scholastic years. The teenager interned with Ms. Swan as a senior. The two remain in steady contact with one another.

“I hope to keep growing as an artist and expanding my network,” Mr. Ehrman said. “Having the chance to work with some bigger name artists on sets with big teams has just shown me a ‘preview’ of what I want to do for the rest of my life.”

Here’s a short montage of some footage that Mr. Ehrman has filmed over the past month:
www.youtube.com/watch?v=4Nu1aDFBJZ8. Some of the artists featured on the clip include Lil Xan, Roy Woods, Active, ScribeCash and Bebo Backwoods. 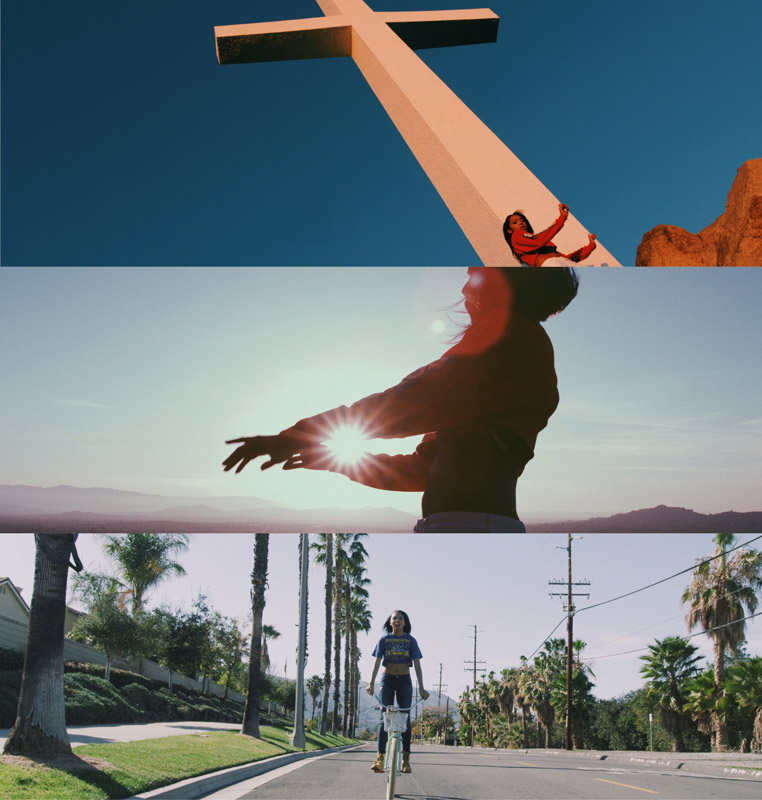 Charlie Ehrman is the main videogapher for the artist ScribeCash, who is embarking on a national tour. 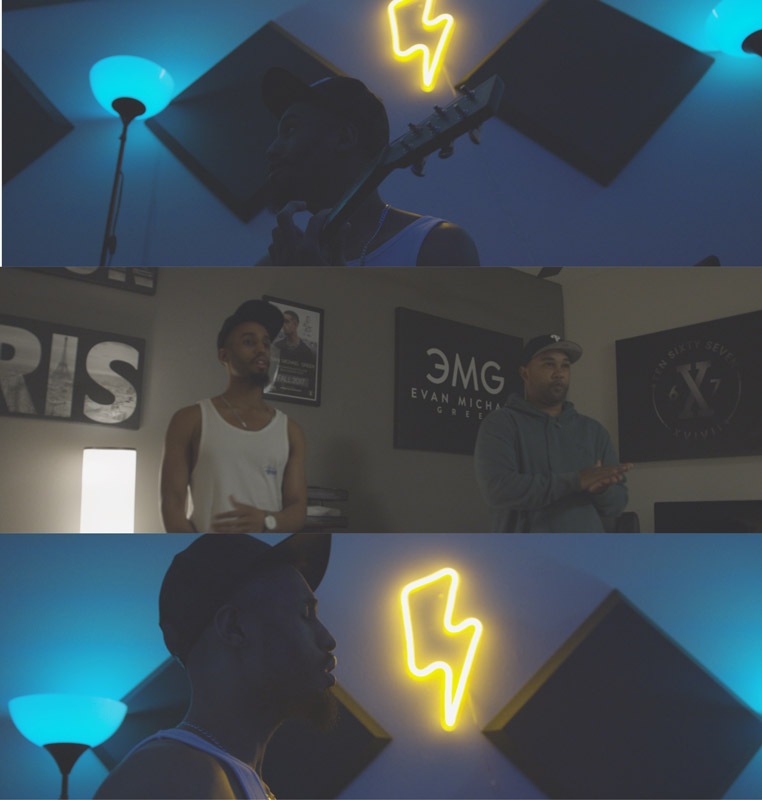 Charlie Ehrman is working with Evan Michael Green, a singer, songwriter and multi-instrumentalist on a documentary about a new album. 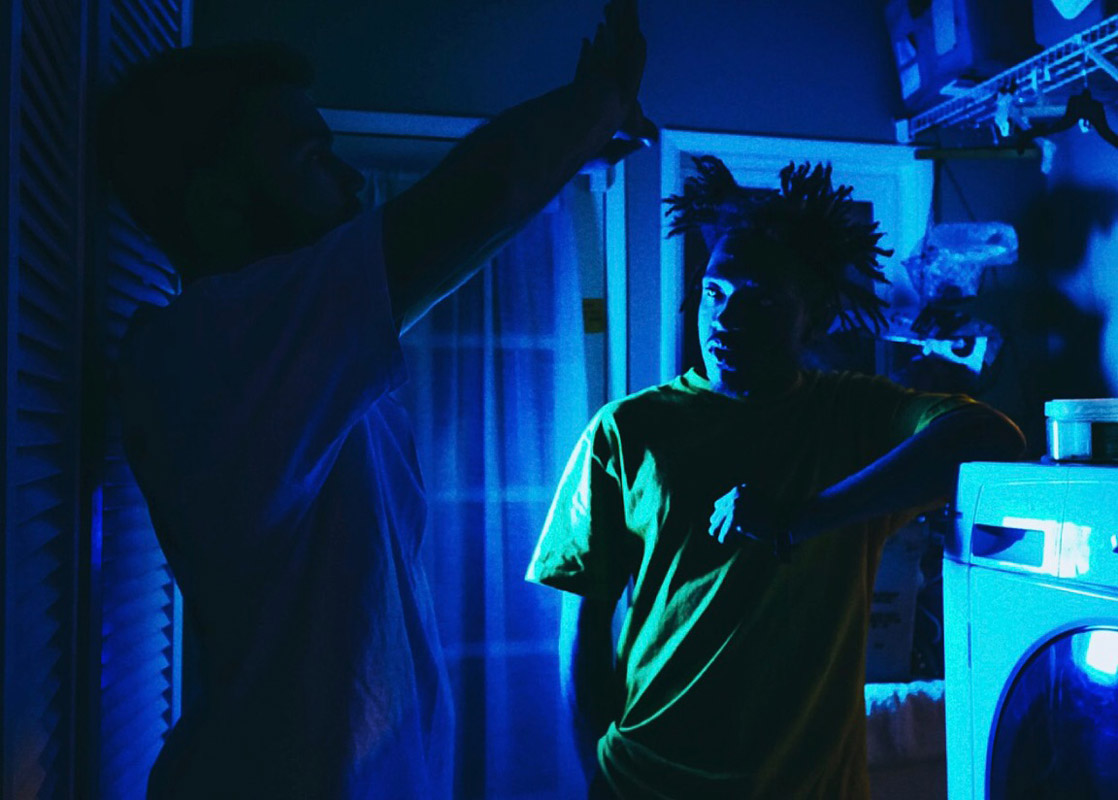 Charlie Ehrman worked on a music video for renowned hip-hop artist Jeremih for his new song under the Def Jam label. 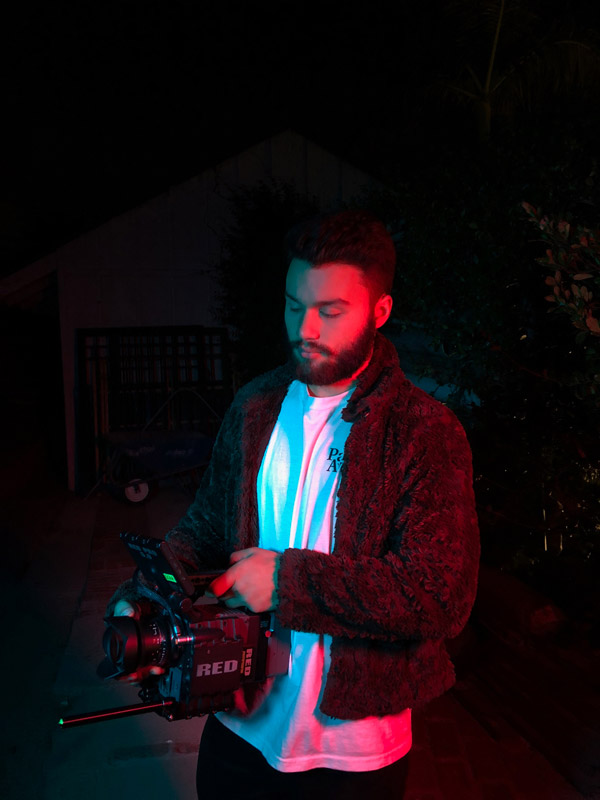 Charlie Ehrman is the main videogapher for the artist ScribeCash, who is embarking on a national tour.

Charlie Ehrman is working with Evan Michael Green, a singer, songwriter and multi-instrumentalist on a documentary about a new album.

Charlie Ehrman worked on a music video for renowned hip-hop artist Jeremih for his new song under the Def Jam label.