Huntington High School’s Class of 1968 is planning a sensational 50th anniversary reunion party for next fall. An organizing committee has been meeting for months and a crowd of hundreds is expected to attend the party. The group also has a keen interest in those teenagers currently making their way through the high school.

A delegation of Class of 1968 members, including Jacqui Kaufman Poarch, Marilyn Godde Aliperti and Barbara Schaefer Blodgett presented Huntington Class of 2018 member John Healy with a scholarship of $1,968 in honor of their milestone.

The presentation was made during Huntington High School’s senior academic awards night ceremony earlier this month in the auditorium. 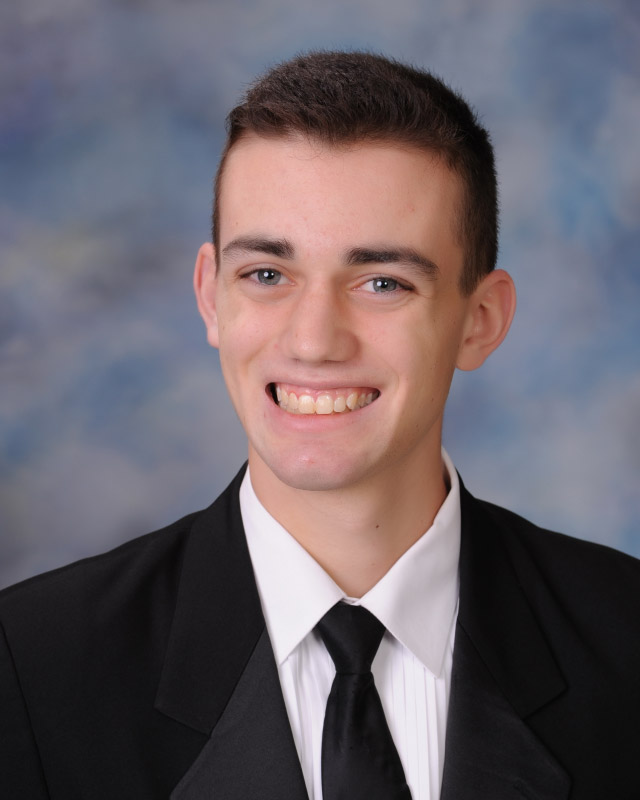 Mr. Healy is headed to Fairfield University to study nursing. He attributes his success to believing in himself and never being afraid to fail.

The teenager participated in the high school’s Natural Helpers program, assisting classmates as they grappled with personal issues. He also developed a passion for science. The two combined to nurture his interest in a nursing career.

The Class of 1968’s 50th reunion is set for the weekend of September 28-30. The alums are currently tracking down missing classmates and finalizing details for three days of festivities.

The reunion, alternately billed as “68 Romps” or “68 turns 68,” is expected to attract a crowd of several hundred alums and their spouses.

“We are looking forward to having a fun filled weekend where our classmates will be reunited, celebrating memorable experiences while creating and renewing friendships,” Mrs. Cornish Allocco. “We are in the process of organizing the event and trying to locate as many of the 527 class members as possible.”

Tickets for the reunion are available on the committee’s website at www.68turns68.com. Each ticket includes the Saturday night dinner and dancing and the Sunday continental breakfast. Any remaining proceeds or donations will be awarded to a Huntington High School senior at the senior academic awards ceremony in June 2019.

“We are grateful to the Huntington School District for its help in promoting our reunion,” Mrs. Godde Aliperti said. “We are hoping to connect with as many of our classmates as possible and have everyone join in on a fun filled weekend for the members of our special class of 1968.”

The reunion committee has also established a Facebook page to help track down missing classmates and keep the alums updated on the reunion. Visit Huntington High School (NY) Class of 1968 50th Reunion or click on/copy and paste this direct link to the page: https://www.facebook.com/groups/429437474091855

The reunion website contains class photos, phone numbers of committee members and other details that Class of 1968 members should find interesting.

The Class of 1968 was graduated at Huntington High School’s 107th commencement on Sunday, June 23 at 3:15 p.m. in the school auditorium. English teacher Christopher Cusamano utilized an organ to play Elgar’s Pomp and Circumstance No. 1 as the seniors filed into the auditorium. Rev. Wallace T. Viets gave the invocation and the benediction. Principal Robert A. Cushman introduced the speakers and presided over his final commencement after a long career in the district as a teacher and administrator.

The Class of 1968’s valedictorian John J. Dryden and salutatorian Judith A. Hough both addressed the commencement crowd along with “honor speaker” Barbara J. Schaefer. Superintendent Christopher R. Vaghts presented the class members, announcing their names as the seniors climbed the steps to the stage to receive their diplomas from School Board President Robert R. Maller and Trustee Faye Raymon.