Amato dropped five baskets from beyond the three-point arc to lift the Blue Devils to their most satisfying victory of the season. Chad Rowe had 13 points and Nick Inman added 12 points.

Huntington trailed 16-14 after eight minutes, but then went on a 43-30 run over the second and third quarters to take command of the game. The Blue Devils stretched their advantage to 12 points halfway through the final frame, before holding off Smithtown East’s late charge.

The Blue Devils opened a 14-0 first quarter lead and went into halftime with a 26-14 advantage. Huntington extended its lead to 39-23 after three quarters.

Huntington connected for six three-point baskets, including three by Seccafico, two by Huewetter and another by Lennon.

The Huntington boys’ basketball team battled host Newfield to a halftime draw, but couldn’t keep pace in the second half, falling 48-43.

Newfield led by a dozen points with 1:05 remaining before Huntington cut the lead to just five by the time the final buzzer sounded.

The Huntington girls’ basketball team found itself trailing 5-0 midway through the first quarter last Tuesday night. Blue Devil head coach Mike Kaplan called timeout to regroup and when his players returned to the court they went on a 17-2 run and never looked back, toppling visiting Newfield, 48-30 in Suffolk League III play.

After an uneven start, Huntington took a 27-14 halftime lead and extended the advantage to 38-19 entering the fourth quarter. Blue Devil senior Nicole Leslie pulled down a dozen rebounds and scored four points. Katie Seccafico and Riva Bergman also had four points each. Junior Christie Baade added a point from the free throw line.

The victory was Huntington’s first in league play this winter and its gives the Blue Devils an overall mark of 5-4.

One of the greatest athletes in Blue Devil history, Tietjen-Rodriquez helped lead Huntington to the 1994 girls’ soccer state championship and the No. 1 ranking in the United States. She also starred on Huntington’s basketball and volleyball teams.

As a high school senior, Tietjen-Rodriquez was named an All-American and the New York State Co-Player of the Year along with her twin sister, Jennifer, who is currently the assistant women’s soccer coach at Central Connecticut State University.

“I am pleased that Margaret Tietjen-Rodriguez has accepted our offer to become the next head women’s soccer coach at UConn,” Director of Athletics David Benedict said.  “We engaged in a national search and it became clear that the best candidate was right here in Storrs. Over the past 10 years, Mags has demonstrated extraordinary passion for UConn women’s soccer and dedication to our student-athletes. I feel that she is the perfect person to lead our program into the future.”

As a Huntington senior, Tietjen-Rodriquez was a Suffolk Gold Key Award recipient and she shared the William Class Memorial Scholarship with her sister.

Following her Blue Devil career she played four years at UConn, starting 91 of 99 games, tallying 43 goals and 42 assists and helping the team reach the playoffs every season. She is one of just a handful of UConn players to be part of the NCAA’s “40-40” club. The Huntington grad was named to the All-Big East second team in 1998 and was Connecticut’s Outstanding Senior Athlete that same year.

Tietjen-Rodriquez graduated UConn with a degree in kinesiology and fitness management and went on to play three years of professional soccer. Once her playing days were over, she served as the assistant coach at the University of Hartford for four seasons and has been an assistant coach at UConn for the past decade.

“It is great that Mags will be our next head coach,” former head coach Len Tsantiris said. “I’m very happy that the new coach is one of our own. She has all the tools to be a great head coach. She is a great recruiter, a great person who connects well with the kids and she is respected by her colleagues. The only thing we are missing is a national championship and I believe that Mags is the one that can get the program back to the top.”

Tietjen-Rodriquez resides in Glastonbury, CT with her husband, Casey and their daughters Lucy and Maya.

Huntington varsity baseball head coach William Harris is in the midst of making final plans for the spring season, which formally begins on Monday, March 5.

The Blue Devils will engage in scrimmages at Walt Whitman (March 17), Harborfields (March 19), Central Islip (March 22) and John H. Glenn (March 24) before the season opener at Huntington on March 26 against North Babylon.

The Blue Devils will play four games series against league foes North Babylon, West Islip, Copiague, Centereach and Newfield. The April 30 game against Centereach will be played at Bethpage Ballpark in Central Islip, the home of the Long Island Ducks.

The North Babylon boys’ basketball team came out strong, outscoring Huntington in the first quarter, 35-14. The Blue Devils were unable to come back from the 21 point deficit, falling to the Blue Devils 93-71.

Huntington went on a 17-15 second quarter run, but trailed at halftime, 50-31. North Babylon effectively put the game away by outscoring the Blue Devils in the third frame, 21-13 to take a commanding 71-44 lead.

The Blue Devils nailed a season high 10 three-point baskets, with two each by Amato, Harvey and Rowe and one each by Abbondandelo, Federici, Inman and Robinson.

District Director of Athletics Georgia D. McCarthy is working to fill the openings along with a handful of others split between the middle school and high school levels.

The Huntington girls’ basketball team pulled close several times during its game this week against North Babylon, but just didn’t have enough to overcome the Bulldogs’ high powered offense as the Blue Devils fell, 68-43. 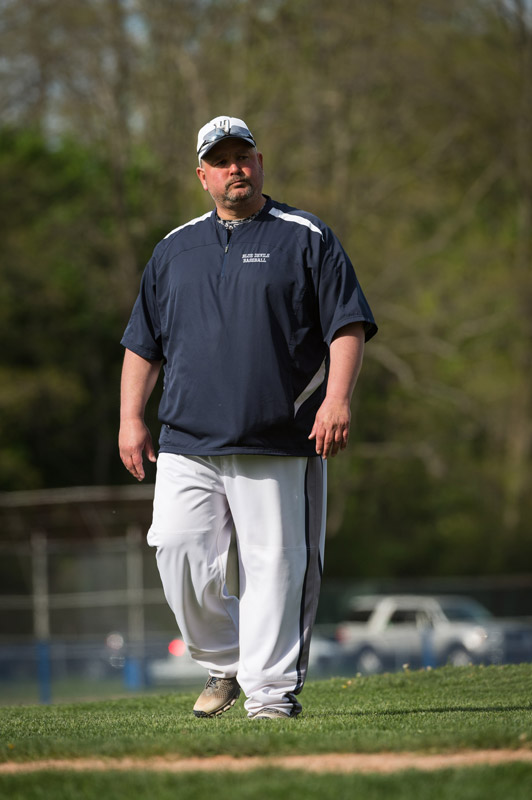 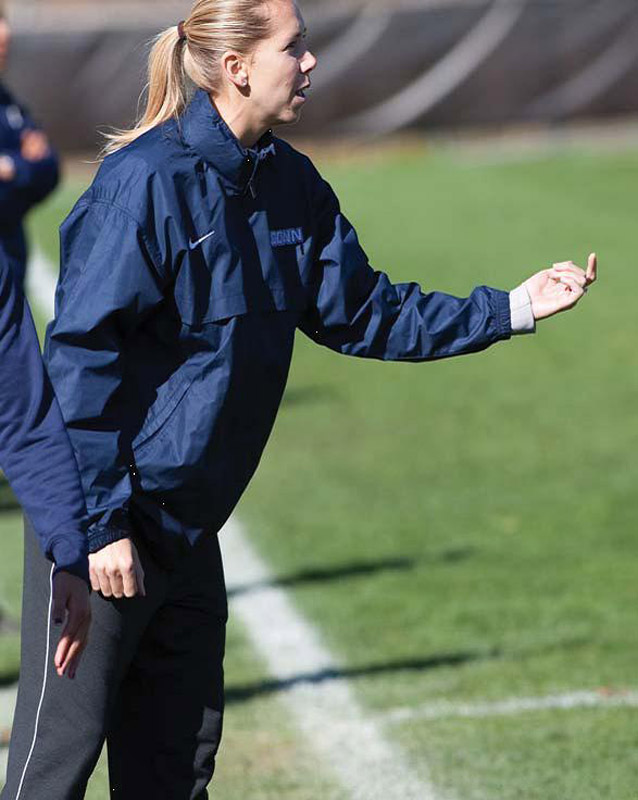 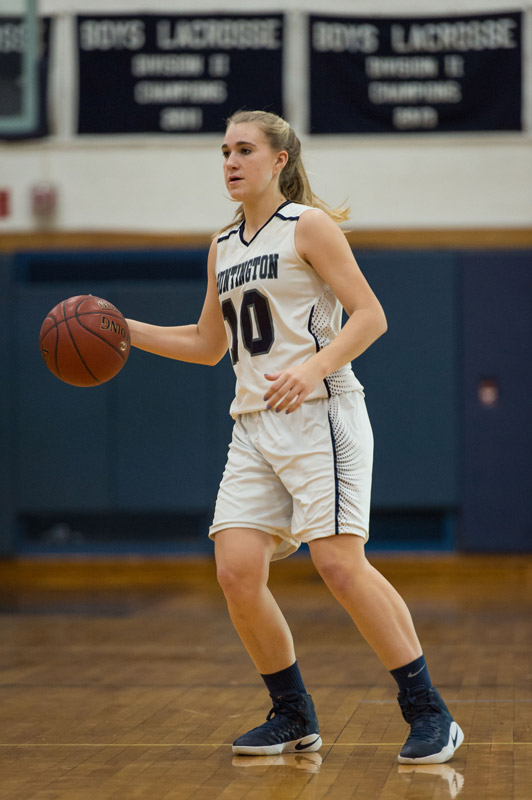 Katie Seccafico with the ball for Huntington. (Darin Reed photo.)

Katie Seccafico with the ball for Huntington. (Darin Reed photo.)