All five of the Huntington grads are having an enjoyable experience with the Fightin’ Blue Hen marching band. “Band is great,” Ms. Roday said. “Since I️ arrived at UD, my closest friends have been in the marching band. It provides an escape from the rigor of college courses and is also a creative outlet. Although time consuming, it is time well spent and I look forward to marching in next year’s show.”

Blue Devil band director Brian Stellato is a University of Delaware alum himself and he recently visited his alma mater and had an opportunity to spend time with the Huntington grads.

“It is such a thrill to see these former HBDMB members continuing in the marching band activity as part of the UDMB,” Mr. Stellato said. “College marching band is such an awesome experience. I had the privilege of serving as drum major of the Fightin’ Blue Hen band for three years. So much of my teaching style and my thoughts on teaching and learning come from my experiences in the UDMB.”

A drill coordinator with the Delaware marching band, Mr. Stafford is a former Blue Devil field major. He’s a senior music management major at the university.

Ms. Eidle is a junior music education major and a mellophone section leader for the Fightin’ Blue Hen band. She was a Blue Devil drum major.

A rank leader for the Delaware marching band, Mr. Malone was a HBDMB drum major. He is a currently a college sophomore majoring in music education.

A freshman marine science major, Ms. Baldanza is a member of the Delaware band’s color guard. She was a Blue Devil marching band color guard captain.

Ms. Roday is pursuing a double major in marine science and biology. She’s in the Delaware band’s clarinet section and was a Blue Devil band drum major.

“The University of Delaware Fightin’ Blue Hen marching band is known throughout the northeast as a performance ensemble with an innovative approach to entertainment and an emphasis on musicality,” according to the organization’s website. “Considered to be on the cutting edge of the marching band activity, the band achieves its goals through the incorporation of a variety of musical styles appealing to its wide variety of audiences.” It averages 300-340 members. 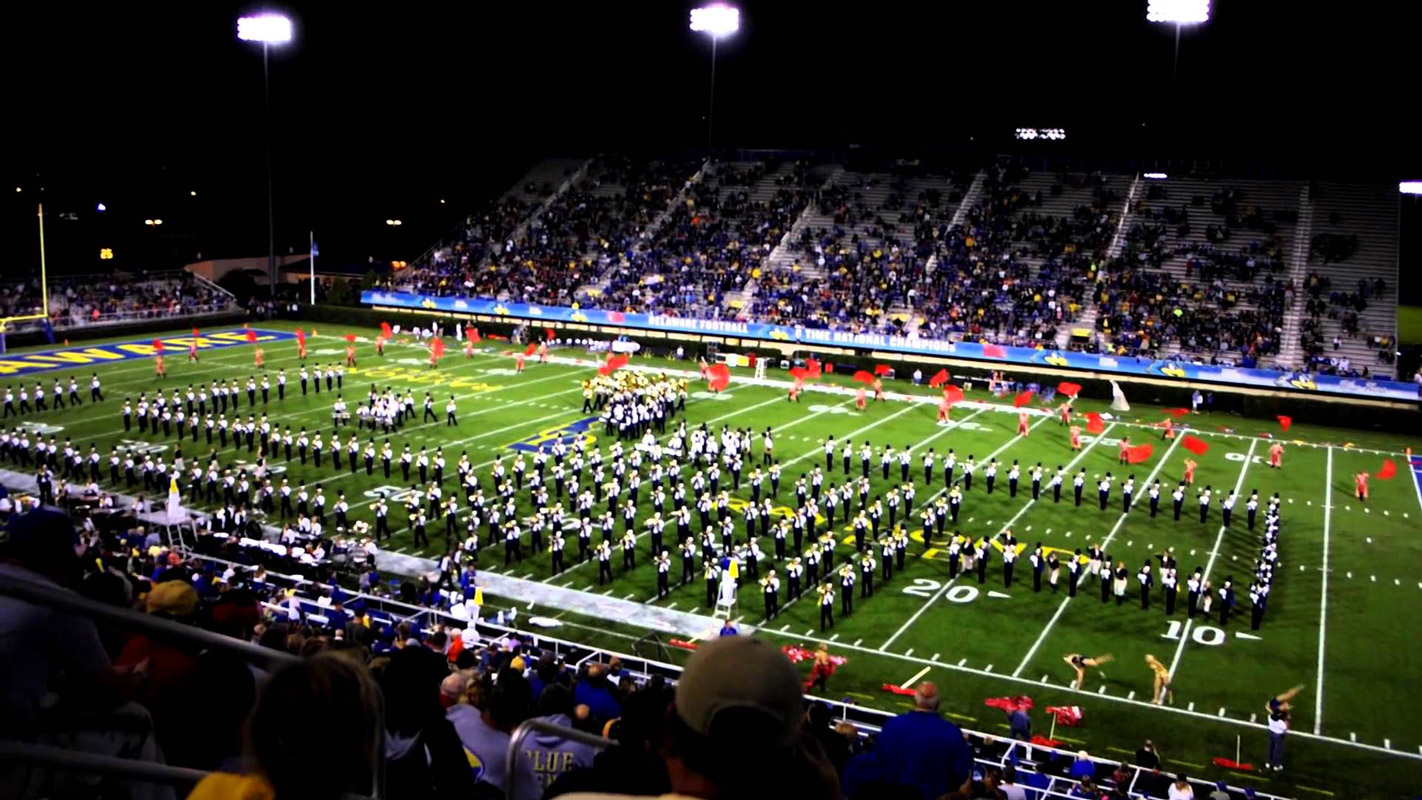 The Univ. of Delaware Fightin' Blue Hen marching band is one of the best in the country.

The Univ. of Delaware Fightin' Blue Hen marching band is one of the best in the country.