Rachel Carpenter’s freshman year at the University of North Carolina at Chapel Hill has flown by. The Huntington High School Class of 2016 valedictorian has mixed academics, club activities and political activism and she’s just getting started.

“College has been such a whirlwind experience thus far,” said Ms. Carpenter earlier this week. “I cannot believe I am already a quarter of the way through!” She said that while her classes “certainly are rigorous” they are also “incredibly interesting.”

Ms. Carpenter has been involved in a political issue advocacy campaign on the UNC campus and has also lobbied North Carolina state legislators in Raleigh at the state capitol about a proposed law she support. She plans to work with fellow students to revive a dormant club at UNC that they hope will help advance their cause. 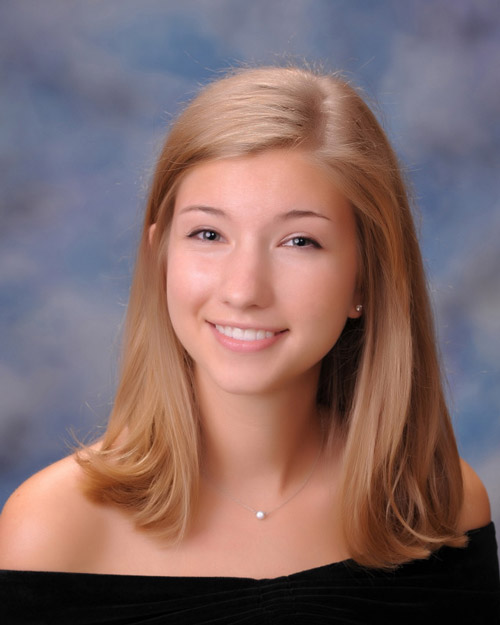 The former Huntington valedictorian is traveling to Paris this summer for two weeks. She plans to volunteer at an international HIV conference. “The world’s leading experts on current HIV studies are gathering to present their findings,” Ms. Carpenter said. “I took a class last semester through the public health school on HIV and the biology and sociology behind it and found it absolutely fascinating.”

Ms. Carpenter was the president of Huntington’s National Honor Society chapter. An exceptional actress with the high school drama club, she appeared in eight different productions over a four year period.

“Next semester I am so incredibly excited to be taking a section of analytical chemistry in which the lab section includes working with our professor on her work to identify kinases, as well as taking a class on genetics and the evolution of disease,” Ms. Carpenter said. “I am also looking to get a radio show with the local radio station, WXYC.”

The Huntington grad is studying in the University of North Carolina’s prestigious program known as Honors Carolina. “I would absolutely recommend UNC Chapel Hill to Huntington students,” Ms. Carpenter said. “The diversity of the students and professors, the spirit, the academics and setting … I could go on 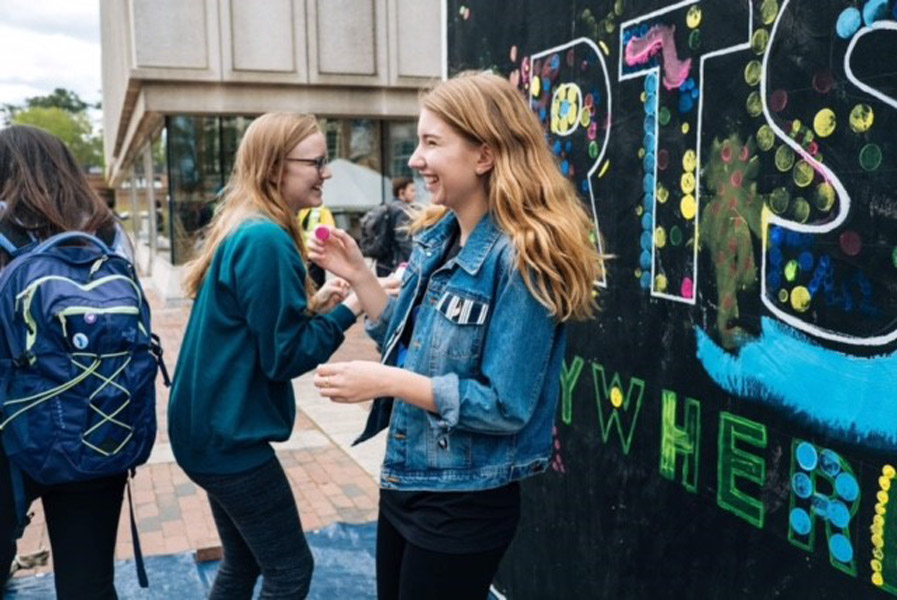 Rachel Carpneter on UNC Arts Day. Works of art were performed and presented all across the campus. 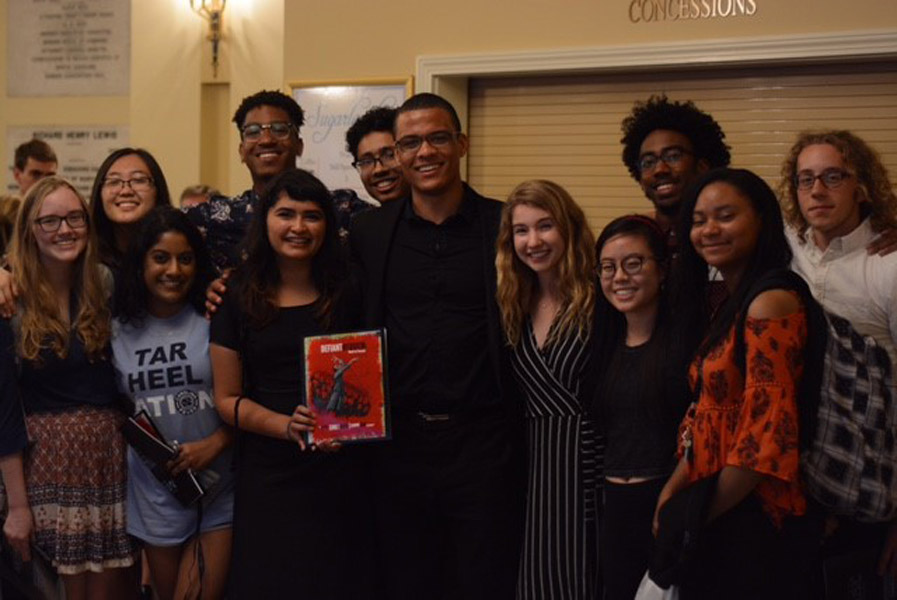 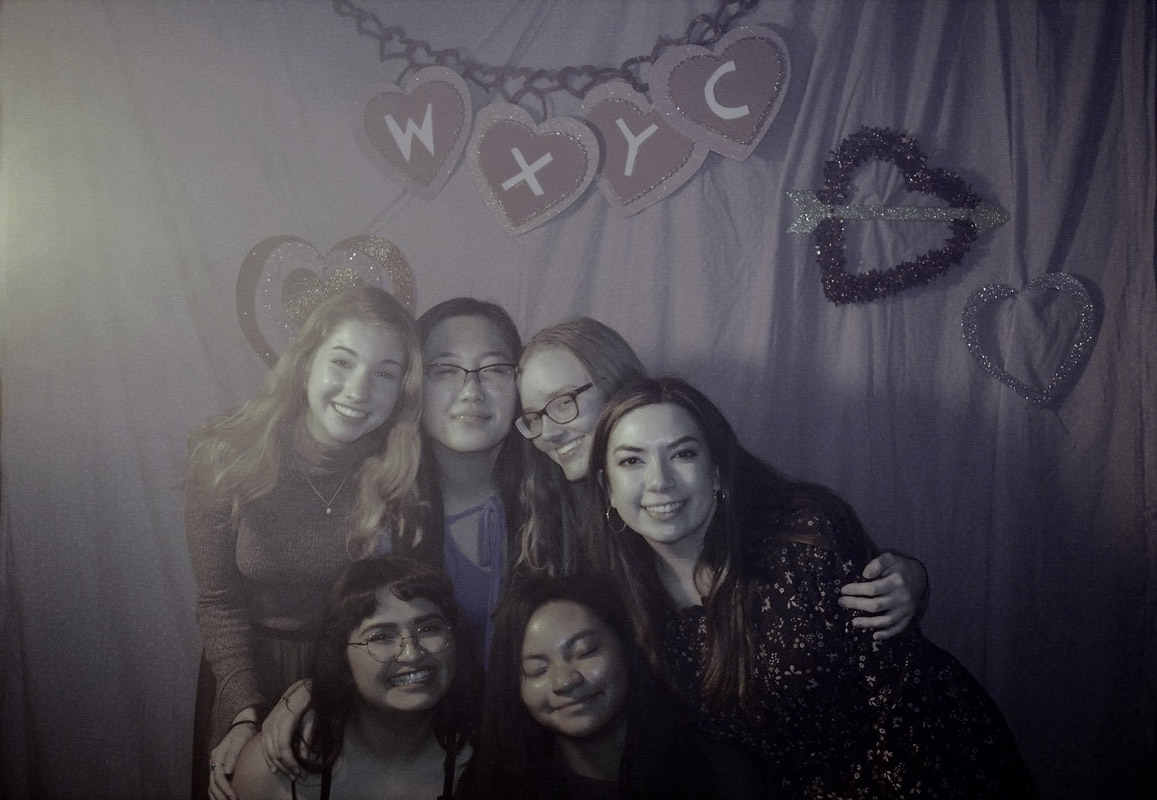 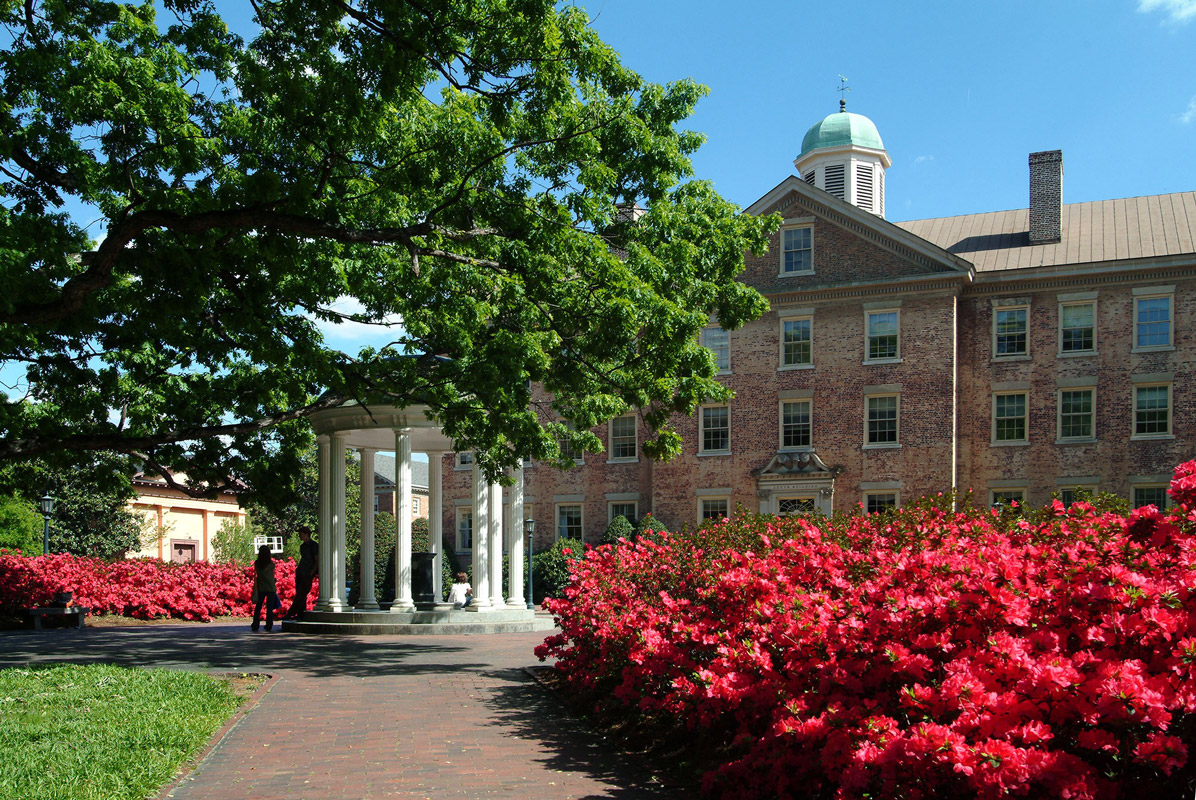 The University of North Carolina at Chapel Hill has a beautiful campus.

Rachel Carpneter on UNC Arts Day. Works of art were performed and presented all across the campus.

The University of North Carolina at Chapel Hill has a beautiful campus.