Samantha Lynch is winning over Notre Dame University just like she did Huntington High School. The former Blue Devil three-sport great was recently inducted into the Monogram Club on the South Bend, Indiana campus.

A member of Huntington’s Class of 2015, Lynch starred on the Blue Devil soccer, basketball and lacrosse teams. She won post-season awards in every sport and captained all three teams.

Recruited to play lacrosse at Notre Dame, the Huntington alum is just starting to come into her own. Lynch started nearly every fall ball game and notched 17 goals for the Fighting Irish. She hope the strong showing and momentum carry her into the spring and result in an outstanding sophomore season.

Lynch and Notre Dame will open the year in early January by playing the US National team in Florida. She is studying engineering and enjoying life on the campus, although it was a major adjustment from high school.

Last Wednesday night, Lynch was among those inducted into the Monogram Club during the organization’s 100th anniversary. Although she’s been fully adopted by Notre Dame and its fans, the Huntington grad is fond of saying, “Once a Blue Devil, always a Blue Devil,” as a sign of where her heart will always lie.

“It took me almost the entire first semester to be fully acclimated to college life socially and academically,” said Lynch about her freshman year. “As far as lacrosse, fall ball was a good introduction, but I really didn’t start getting into the swing of things athletically until preseason in January and February. My entire first year was really a transition period. Now that I have a year under my belt though, sophomore year has been a blast!”

“The Notre Dame Monogram Club traces its roots at the University to 1896 when Frank Hering, the first full-time Irish football coach, envisioned a varsity club that would promote sportsmanship and camaraderie for the fewer than 100 student-athletes who competed in four school-sponsored sports: football, basketball, baseball and track,” according to the club’s webpage. “Hering believed that bringing those varsity athletes together would create an environment conducive and supportive of sports on a collegiate campus and spread enthusiasm and interest into their competitive endeavors.”

The club failed to take root at the time, but in 1916, Notre Dame athletic director and head football coach Jesse Harper and assistant coach Knute Rockne took the original concept and breathed new life into it, creating the Notre Dame National Monogram Club.

“Harper wanted the University's varsity letter winners to unite in promoting spirit, unity, leadership and sportsmanship,” states the club’s webpage. “He also sought to bring former student-athletes back into the University’s fold as members of its Monogram Club. He believed those who had worn Notre Dame’s colors in varsity competition could play a vital role in maintaining the Irish athletic heritage as well as fostering the special bond that existed between the student-athlete and the University long after graduation.”

There are currently more than 8,000 Notre Dame Monogram winners living throughout the world. Huntington’s Samantha Lynch is now one of them. 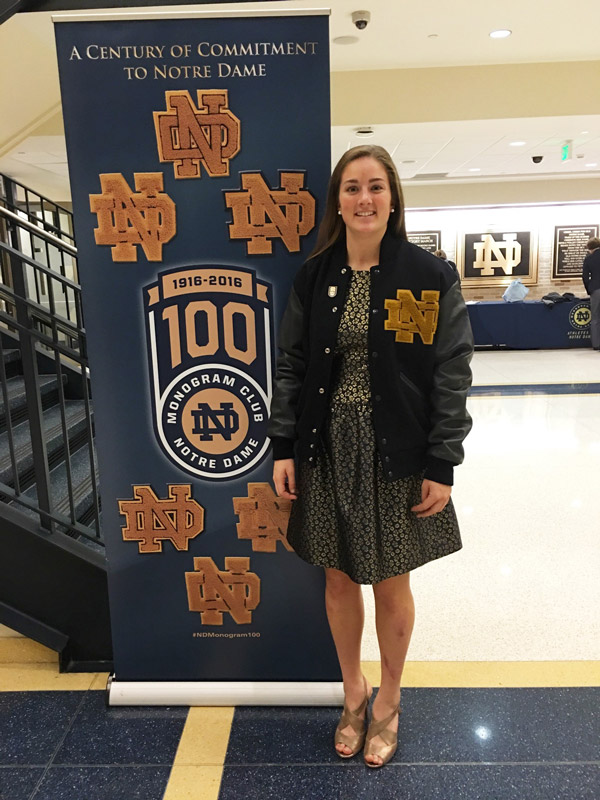 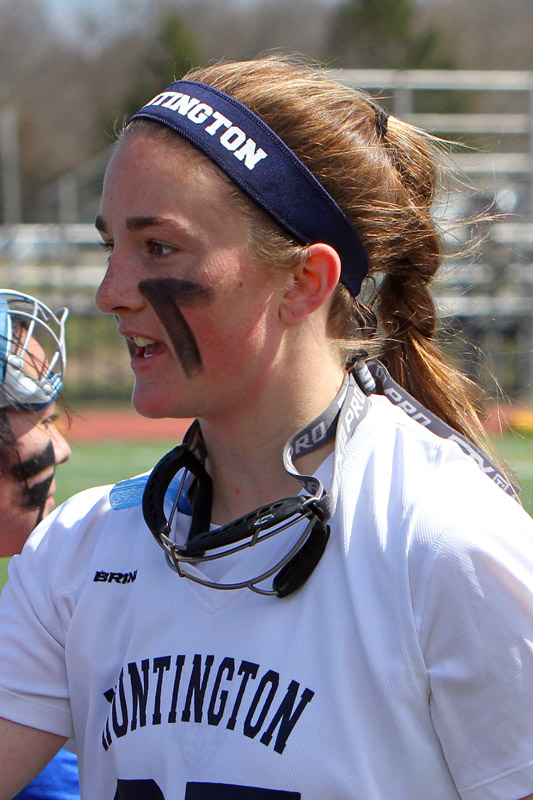