The J. Taylor Finley Middle School drama club will present “Bad Audition . . . On Camera!” tomorrow (Thursday) at 7 p.m. The virtual show will be live streamed on Zoom. Log-in begins at 6:45 p.m. The entire community is invited to join in on the fun.

The cast and crew of the comedy by Ian McWethy and Carrie McCrossen has been working hard to stage a sensational production in the midst of the COVID-19 pandemic. The group has been using its creativity and imagination to create something special that will always be remembered when the history of Finley is written.

The show’s production team includes theatrical and artistic director and editor Susan Graber and assistant to the director and program designer Kimberly Finneran. Domenica Elgart and Isabella Smith are handling t-shirt and cover designs. Mrs. Graber along with cast members and crew are coordinating costumes and character make-up.

A synopsis of “Bad Auditions . . . On Camera!” reads like this: A group of casting directors have one day to find an actor to fill the role of a lawyer in a crime procedural. But what seems like a simple task proves impossible when the pool of actors includes stage thespians who can’t tone it down for the screen, performers completely unable to keep themselves in frame, and an actor who seems to believe this is a toothpaste commercial. Vote for who you think should get the role when you step behind the doors of a casting session in this hilarious comedy.

“It is an interactive show,” Mrs. Graber said. “At the end of the production, the audience will vote on who gets the role of the lawyer on Crime Court.”

Students have also made a music video of “Popular” from “Wicked” by Stephen Schwartz that will be shared during the presentation.

At the end of the show, theatre-goers will be asked to vote for who they think should get the role on Crime Court. The crowd can vote via either of the links below. The polls will not open until the appropriate time in the show.

“This production was born out of a desire to give the students a chance to have a creative outlet in a trying school year,” Mrs. Graber said. “It brought students to our club who may not have participated in the past and gave kids new dramatic skills to focus on. We also got to dedicate more of our time to learning about the editing process and the behind the scenes business aspects of putting together a show. We even learned about copyright laws and some of the important tasks that need to be done to make sure everyone is credited for their work. The students were very enthusiastic about being a part of this team.”

“It may not be our usual fare, but we can’t wait to share our show with everyone,” Mrs. Graber said. “There was a lot of uncertainty of how this was going to work. We are grateful for the hard work of all the participants in contributing in their own way to this show.” 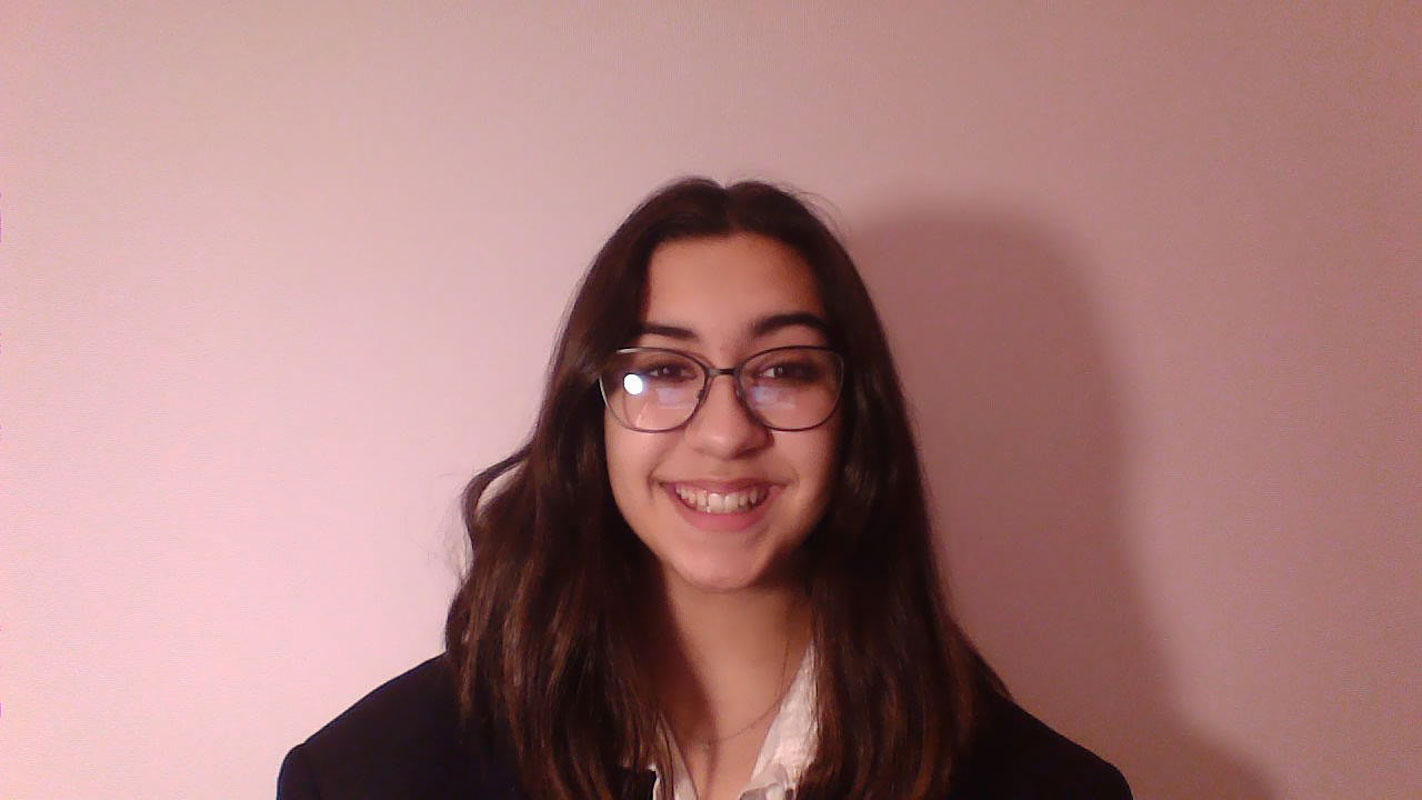 Addie Akridge plays the role of Uma in the play. 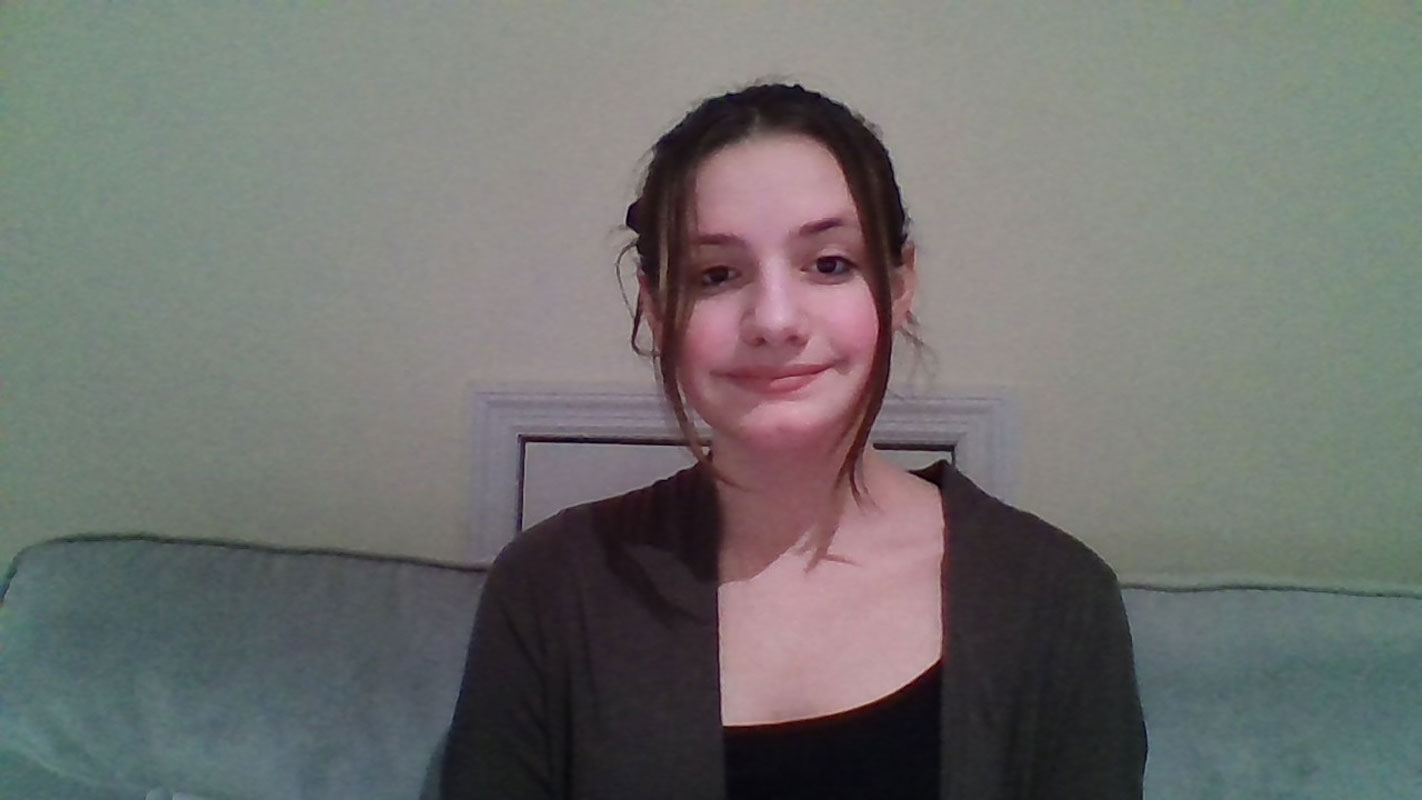 Ayrianna Smith plays the part of Phyllis in the drama production. 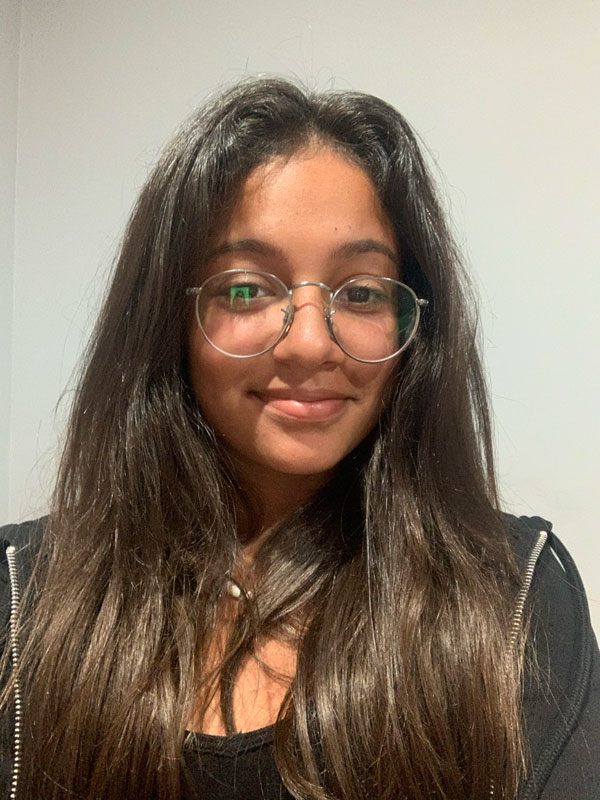 Gabriela Genao plays the part of Rory in the school play. 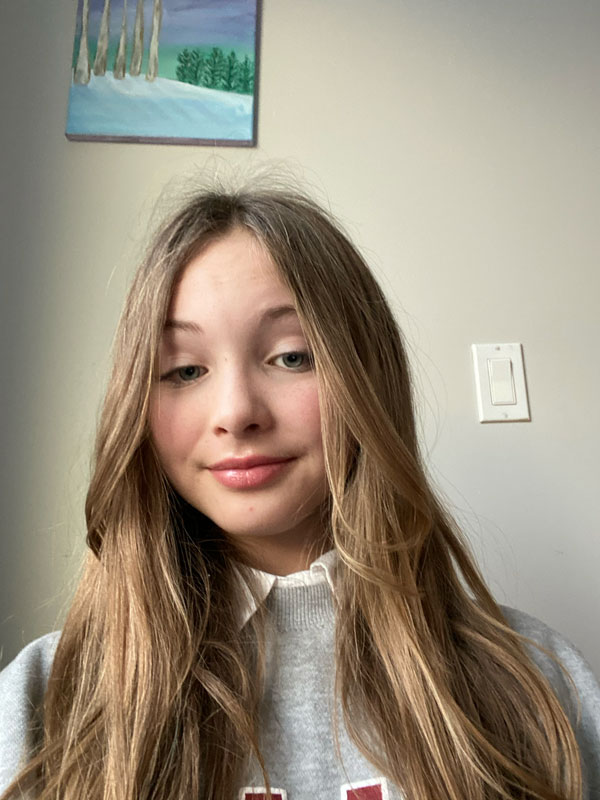 Sofia VanArsdale plays the part of Wendy in the play.

Addie Akridge plays the role of Uma in the play.

Ayrianna Smith plays the part of Phyllis in the drama production.

Gabriela Genao plays the part of Rory in the school play.

Sofia VanArsdale plays the part of Wendy in the play.