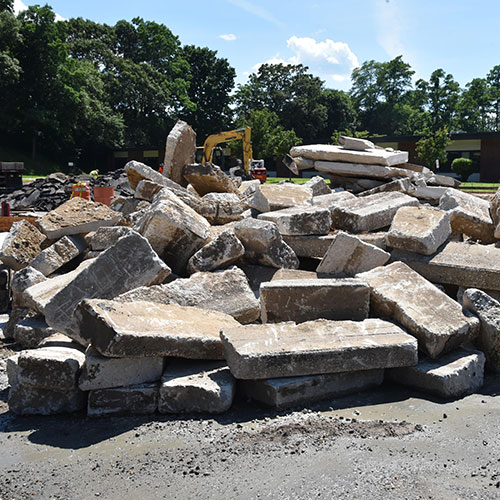 Summer capital projects are already underway in Huntington UFSD. Some of the work is outdoors and visible to passersby while other initiatives are hidden from the public eye, such as asbestos abatement at J. Taylor Finley Middle School. 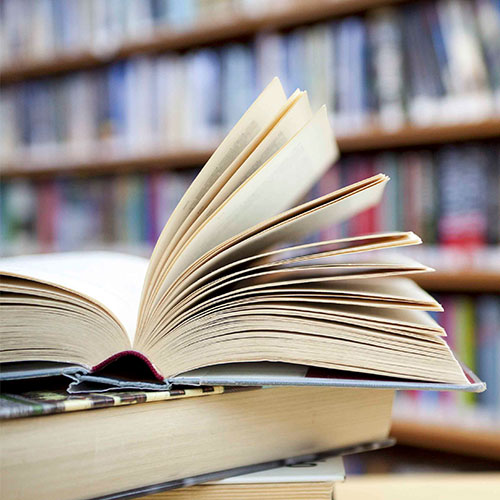 New York State Assemblyman Steve Stern has arranged a bullet aid state grant in the amount of $50,000 for the Huntington School District. The funds will be used for the ongoing renovation of the high school library. 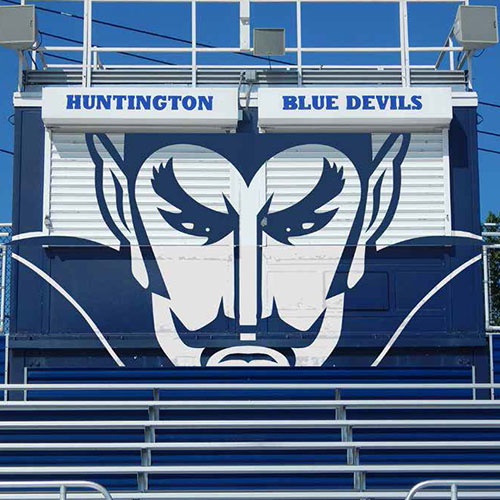 Homecoming Day at Huntington High School was made a little bit more special with an announcement that New York State Senator Carl Marcellino had secured $300,000 in State and Municipal Facilities Program funds to advance two important projects in Huntington UFSD.

About Buildings and Grounds

The Huntington Buildings and Grounds Department is responsible for the maintenance and care of the interior and exterior of all district facilities, including playing fields, playgrounds and parking areas.  The department carries out a variety of projects in-house and strives to provide clean, safe and attractive surroundings for students, staff and visitors.  Protecting the substantial investment made by the community through the years in our school buildings that today house about 4,400 students, is a vast undertaking that requires vigilance, commitment and hard work.

Ranging from simple routine cleaning to skilled carpentry and elaborate painting, buildings and grounds workers utilize their talents to enhance and improve instructional spaces, hallways and offices.  Staff members prepare dozens of fields and courts for practice and games, move equipment between schools for concerts and teaching initiatives, maintain the systems that allow for daily classes to be held and participate in fire drills and inspections.  The department also helps prepare plans for extensive repairs and renovations and carries out an ambitious schedule of projects each summer.

Each day all classrooms are thoroughly cleaned, along with gyms, cafeterias, locker areas and every other space utilized by students and staff.  From shoveling and plowing snow and polishing floors to cleaning windows and making rain soaked fields playable, buildings and grounds workers are on the job from early morning to late night working hard on behalf of the school community. 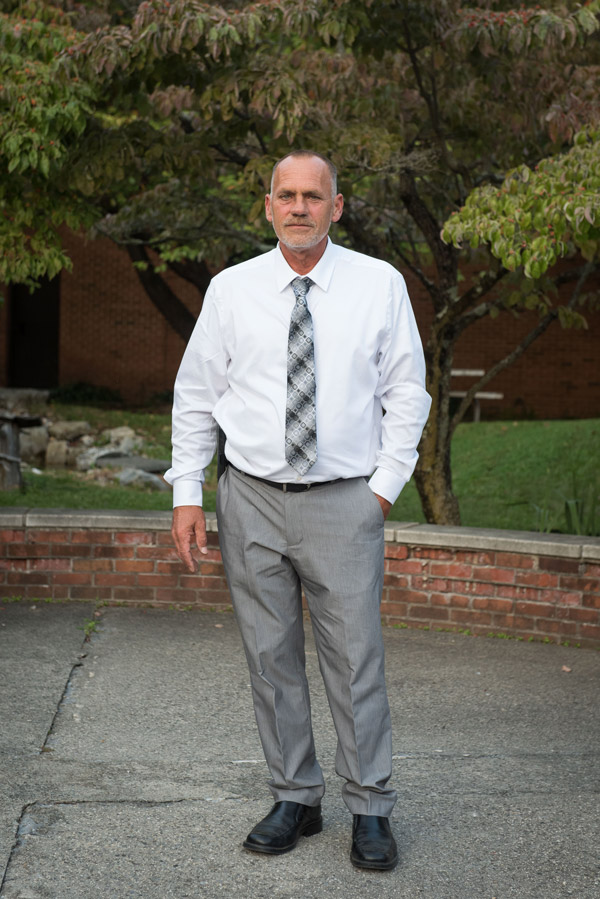 George Austin assumed the post of lead operations manager for the Huntington School District in January 2016. He previously served as operations supervisor for five years.

Mr. Austin supervises the district’s facilities and the team that operates the eight school buildings and their surrounding grounds. He works with the contractors, architects and design professionals that the district engages.

A Western Suffolk BOCES instructor specializing in gas layout and installation, boiler installation and ventilation, Mr. Austin came to Huntington in 2002. He was the district’s head maintenance mechanic for eight years, managing the maintenance of district buildings and grounds and coordinating capital projects.