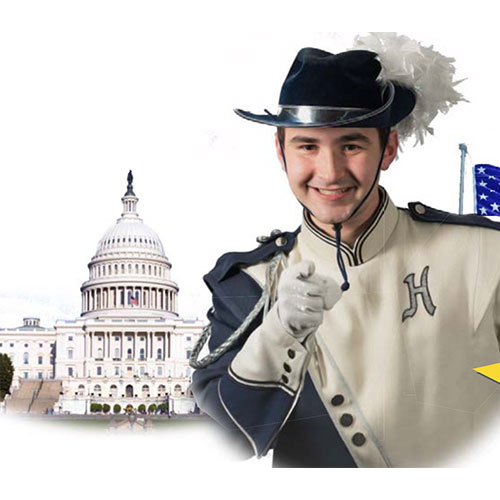 The Huntington Blue Devil marching band wants you! The group wants you attend its upcoming pancake breakfast as it preps to march down Constitution Avenue in the National Independence Day Parade on July 4 in Washington, DC. 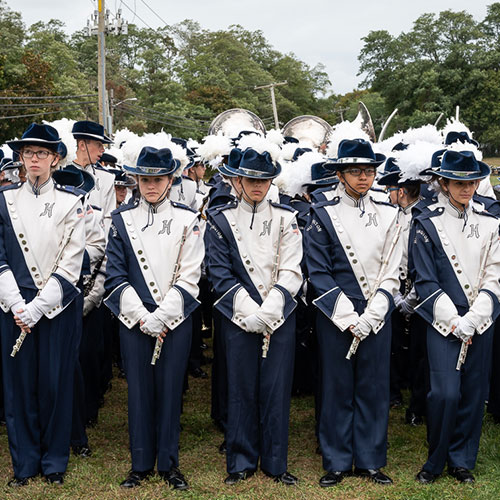 Founded in 1934, the Huntington High School Blue Devil marching band is already preparing for next fall’s competitive season. The band has announced dates for its two summer camps in August. 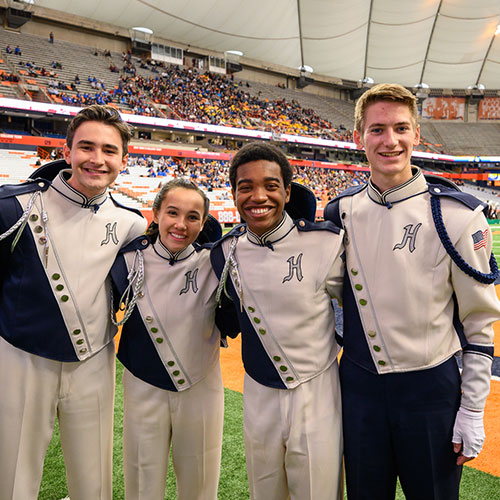 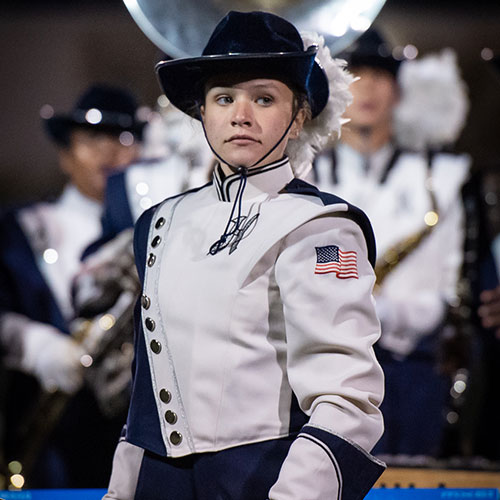 Huntington High School’s Blue Devil marching band has been invited to participate in the 2020 National Independence Day Parade in Washington, DC. Planning and preparations have been underway for several months. 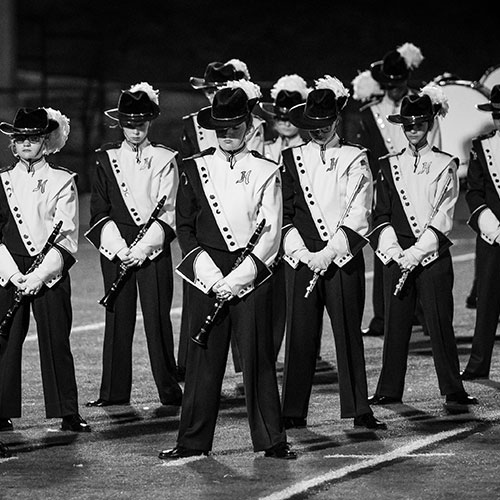 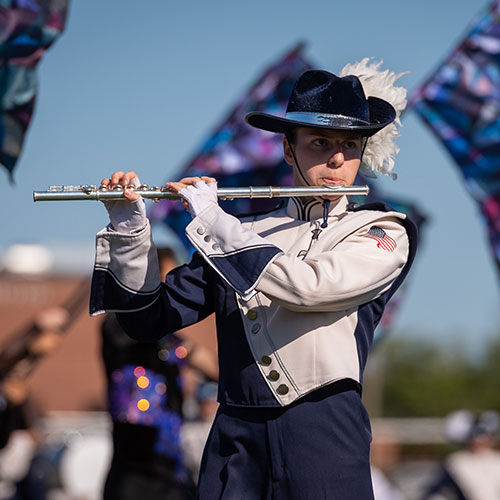 The next generation of Huntington High School Blue Devil marching band members will be given a glimpse of the fabled program during a workshop set for Friday, October 18. 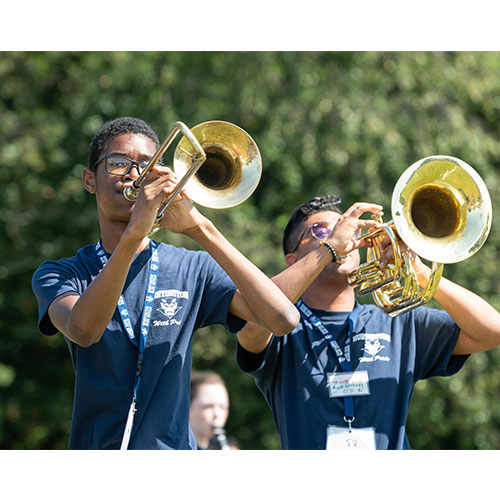 Huntington Blue Devil Band is on the March

Fresh off a wildly successful weeklong training camp, the Huntington High School Blue Devil marching band is ready to stake its claim as being among the best in the state this fall. 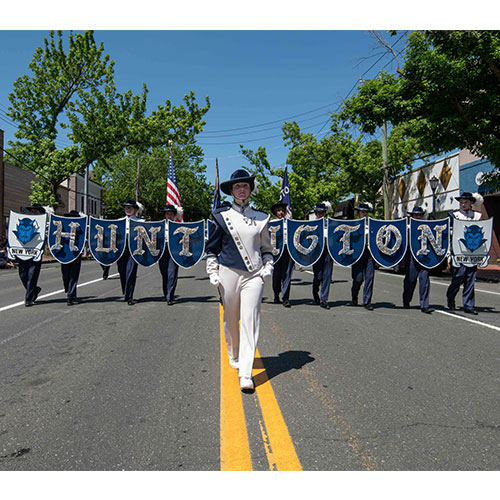 The Huntington High School Blue Devil marching band is preparing for what it expects to be one of its best years ever, with talented musicians and color guard members, skilled professional staff members and a wildly supportive parent association that simply cannot be matched.

The Huntington High School Blue Devil marching band is an entrenched institution, with thousands of alumni who have been counted among its ranks over the years. The band has survived changes in its leadership, the normal evolution of its membership and new philosophies and inspirations as the times have dictated. The original bands consisted of several dozen students, a far cry from today’s nearly 150 student strong organization.

The band was organized in 1934 by Ohio native and Oberlin College music teacher James Cloyd Doty. It was open to boys and girls in all four classes, according to the 1936 edition of The Huntingtonian, the high school yearbook. “Although newly organized, this group has worked very hard and with the cooperation of the student body, the band members have received blue and white uniforms. They gave a new feeling of school spirit to all of the occasions at which they appeared this year.”

The 1936 yearbook is the first to picture the marching band dressed in traditional uniforms. The book notes the uniforms were the product of fellow students, most likely referring to a campaign by the General Organization to raise funds for their purchase or an outright grant of monies.

The first director was high school music teacher James C. Doty, who attended Oberlin College in Ohio. The 1936 drum major was Edwin Riggs. He is the first student any yearbook assigned to that prestigious role.

The band has grown over the years to play a major role in the life of the district. Following its humble origins, in later years the marching band would participate in local and national level parades and events, appear on the field at Yankee Stadium, march in the Rose Bowl parade on television and win the state championship in its division. It has garnered a lengthy list of honors far too numerous to note in a short profile 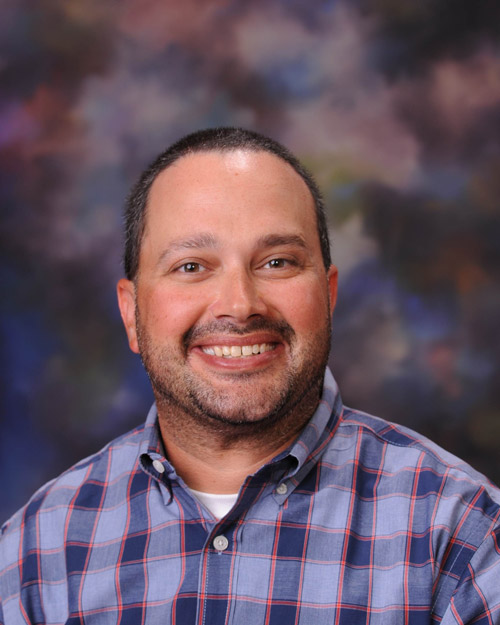 Huntington Blue Devil marching band coordinator Brian Stellato is in his 16th year as a music teacher. A Sachem High School graduate, he earned an undergraduate degree in music education with a concentration in instrumental music at University of Delaware.

A three-year drum major with the University of Delaware’s Fightin’ Blue Hen marching band, Mr. Stellato went on to obtain a master’s degree at Stony Brook University with a concentration in educational leadership. His first teaching position was at Southampton High School in 2003/04. He taught elementary band in the Sachem school district for three years before coming to Huntington in October 2007.

Mr. Stellato is the director of the high school’s junior symphonic band, wind ensemble and the pit orchestra for the spring musical. He also serves as director of SCOPE’s summer art and music program, which is held daily throughout July at the high school. He has also been active staff member of the George N. Parks Drum Major Academy, a summer workshop held across the county that provides instruction in conducting, teaching techniques, communication skills and leadership.

Prerequisites: Satisfactory progress in Middle School or by audition.

The Blue Devil Marching Band has earned national acclaim as one of the finest competitive bands on Long Island. To date, the band has multiple first place awards in the NY State field band competitions. In 2004, the Band won first place in the New York State Field Band Conference Competition, Division LS3 and 2nd Place in the New York City Columbus Day Parade. In 2002, the Band won first place in the USSBA Mid Atlantic Marching Band Championship. The Blue Devil Band has also performed in the Tournament of Roses Parade, the Fiesta Bowl Parade, the Miss America Parade, and at Yankee Stadium. In 1997, they performed in the Disney Hercules Parade in New York City and in 1998, participated in a Disney commercial for the opening of the Animal Kingdom.

REQUIREMENTS:All members of the Band course are required to participate in either Competitive or Non-Competitive Marching Band and perform in the performances listed above. You may not participate in concert band only. All students have a community service marching commitment. Exact 2015-16 rehearsal dates for all new band members as well as summer Band Camp dates and times for Competitive program will be mailed to all grade 8 - 11 band students when available.

IMPORTANT: Students who do not participate in the Summer Band Camp are not eligible for the Competitive Band. For questions about rehearsal and performance requirements, please contact Mr. Giachetti or Mr. Stellato at 673-2053. 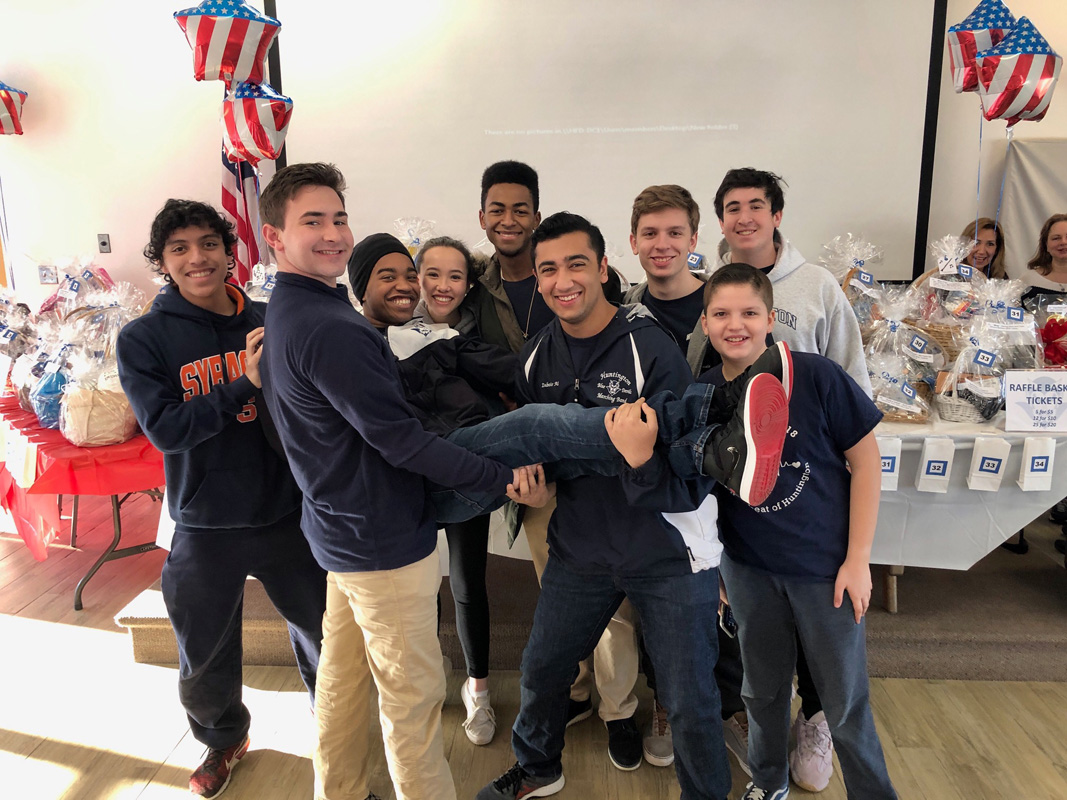 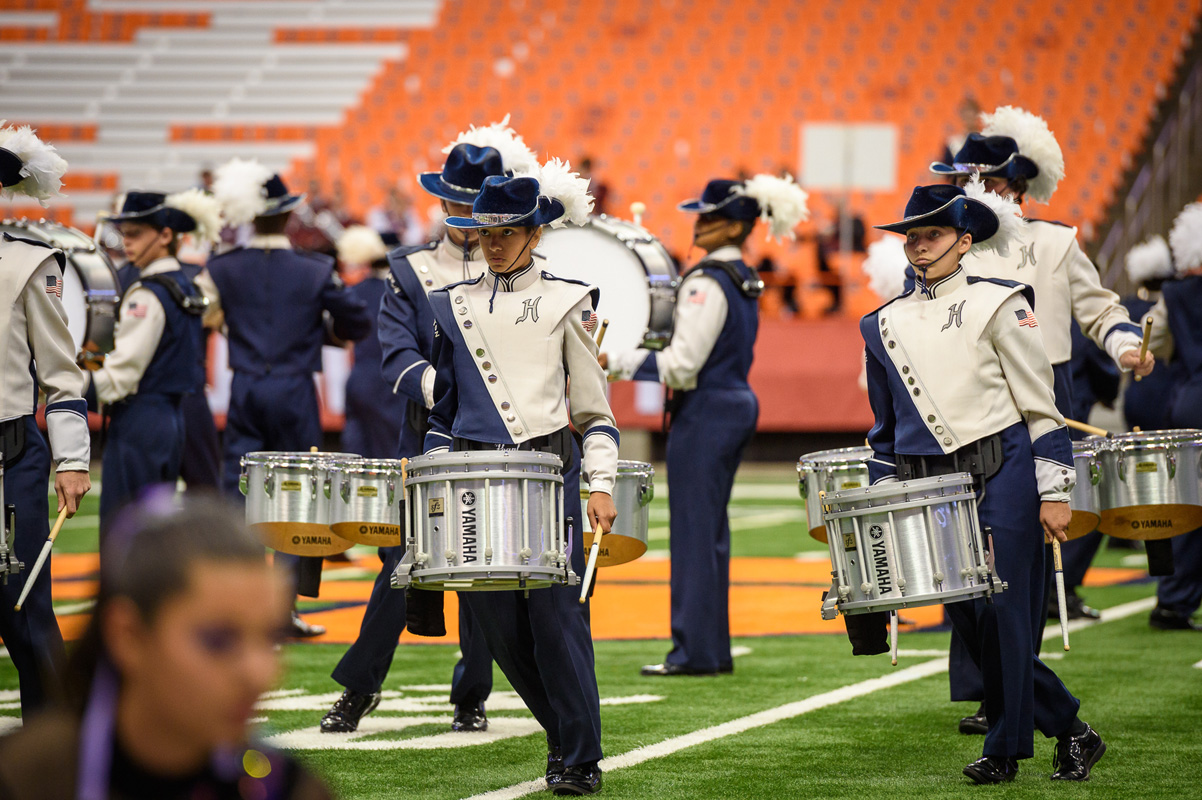 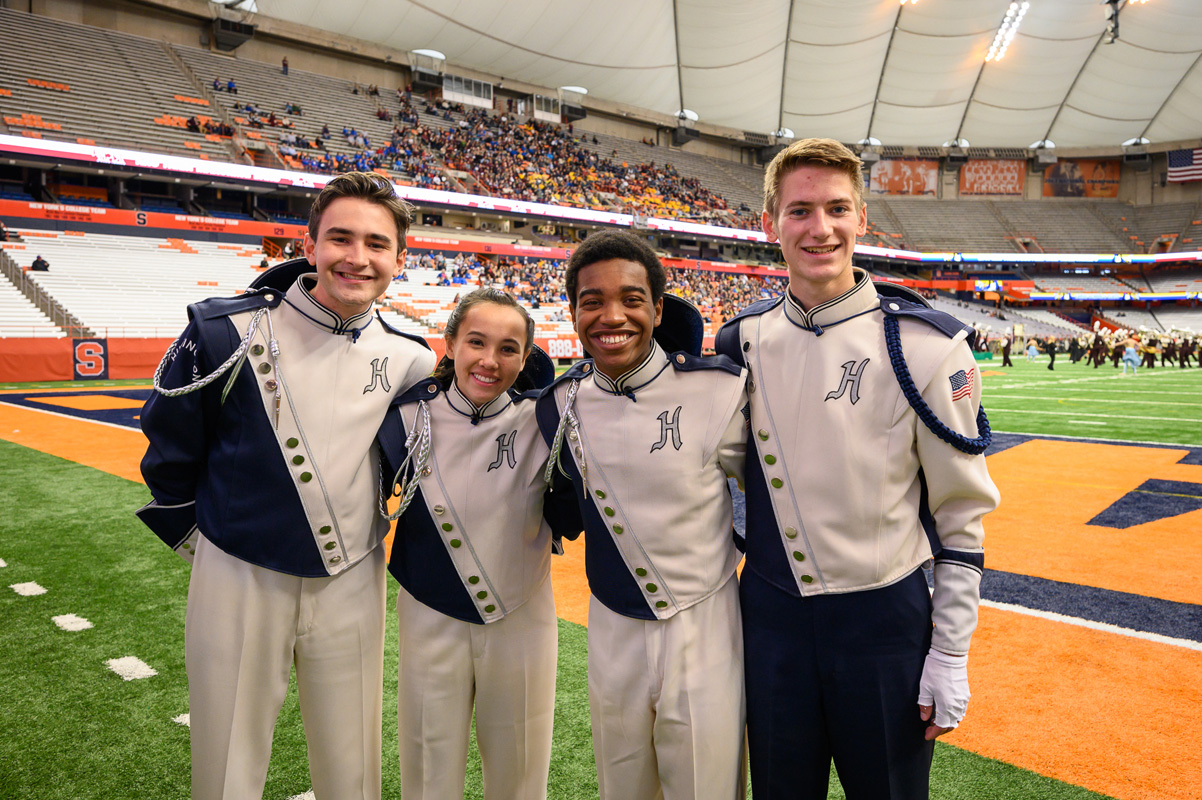 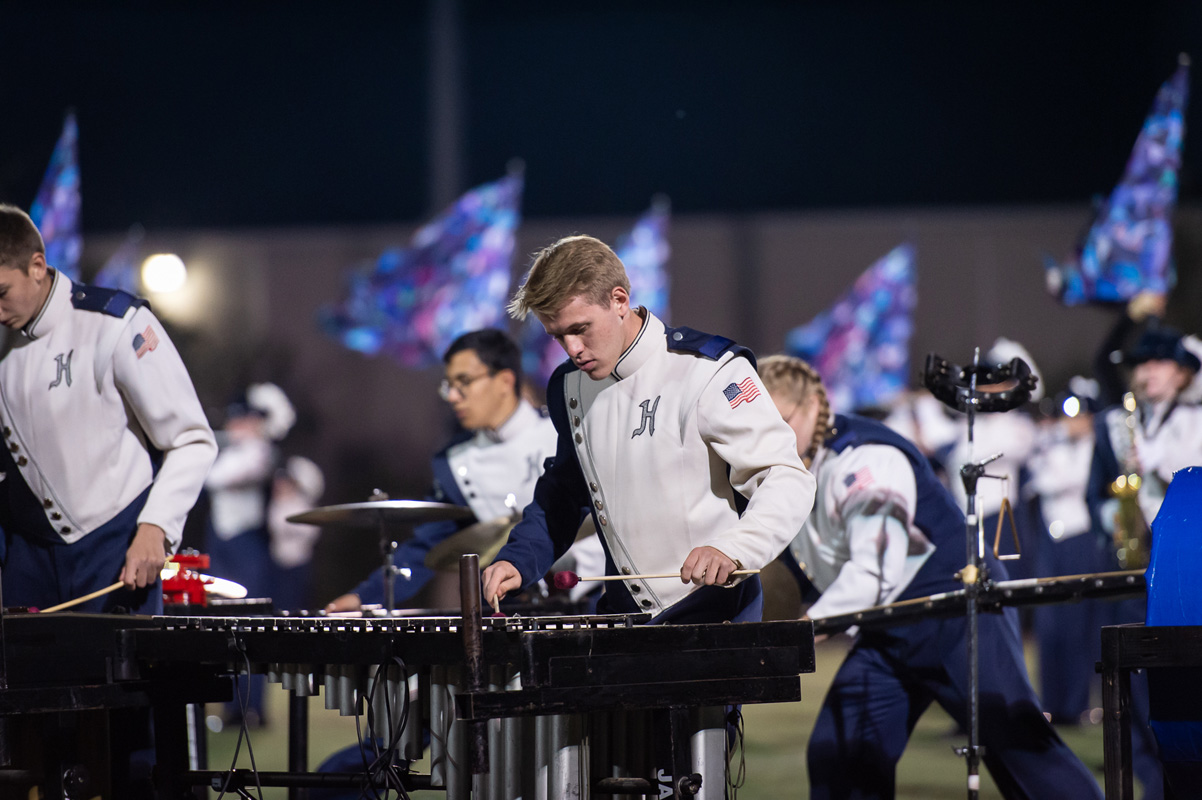 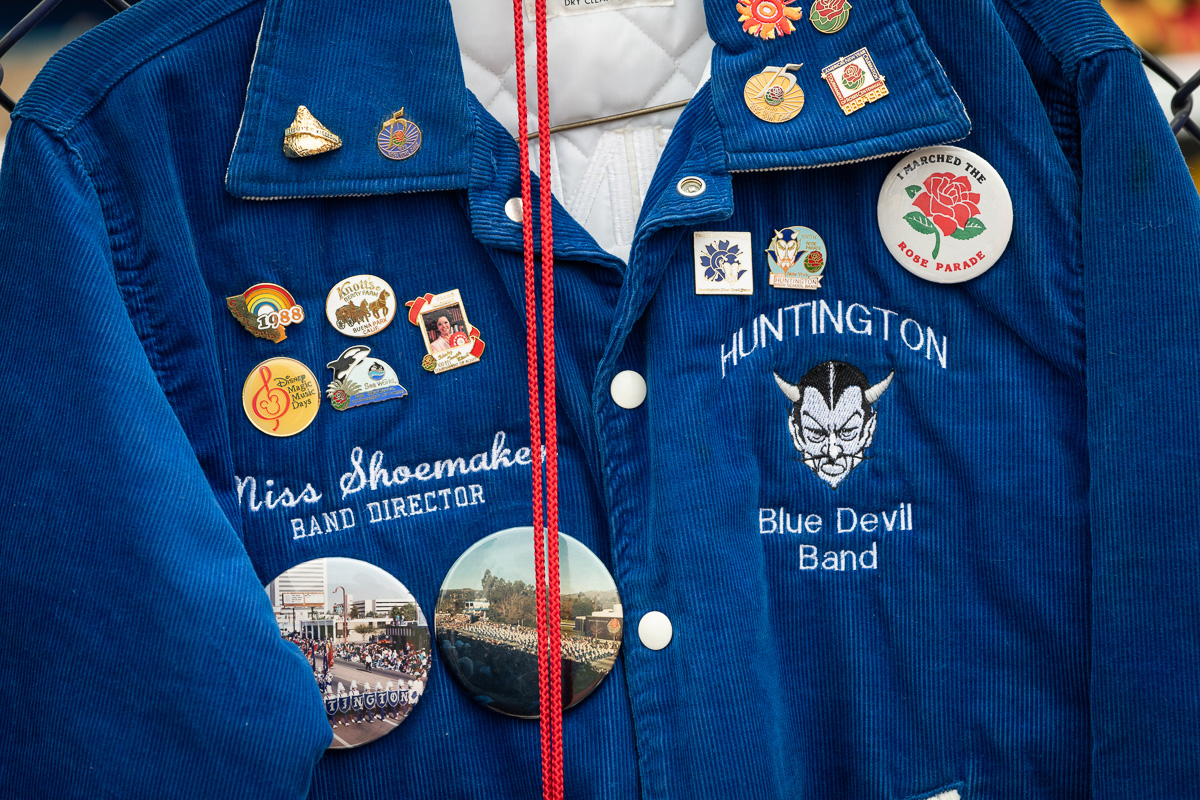 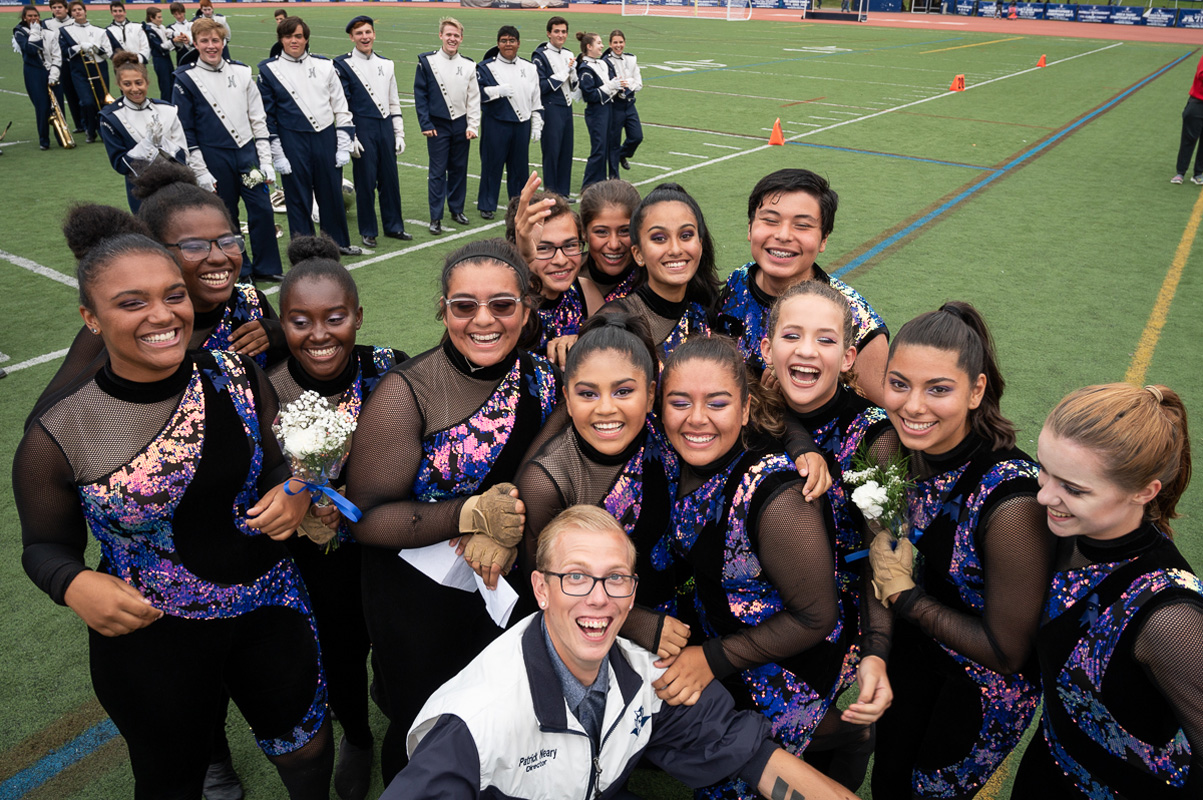 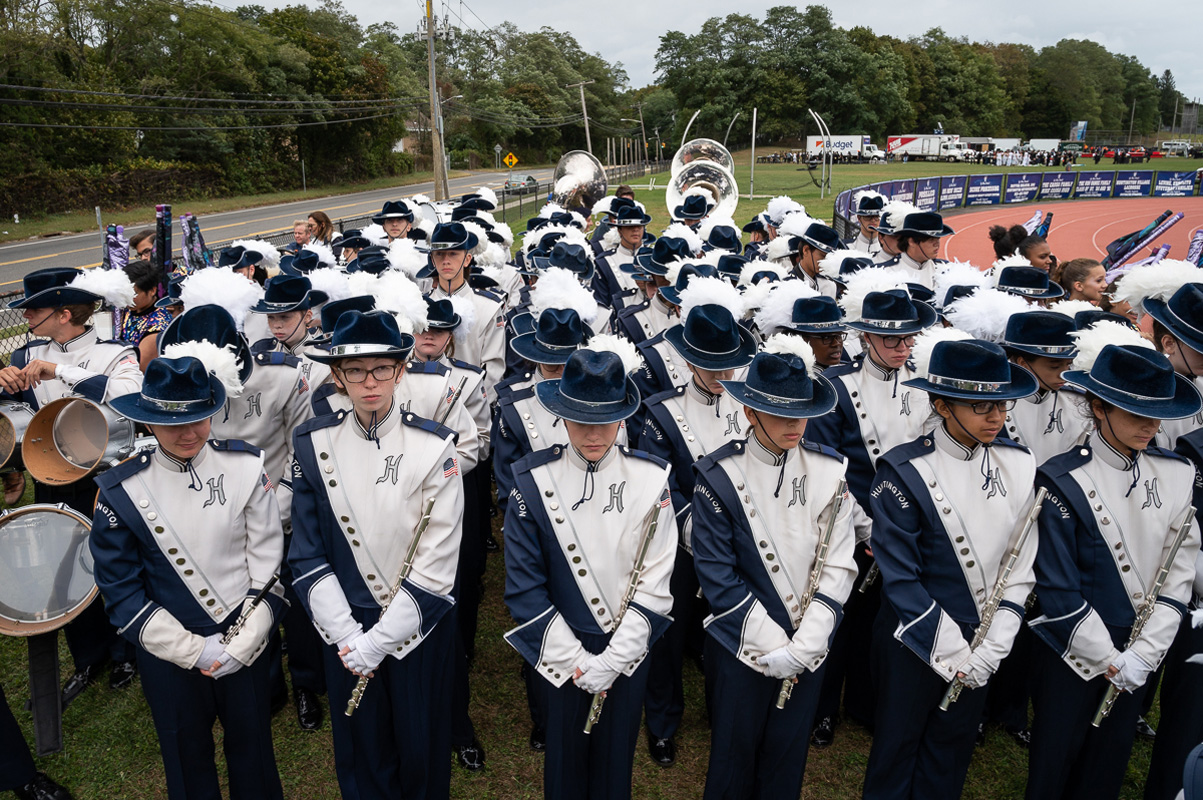 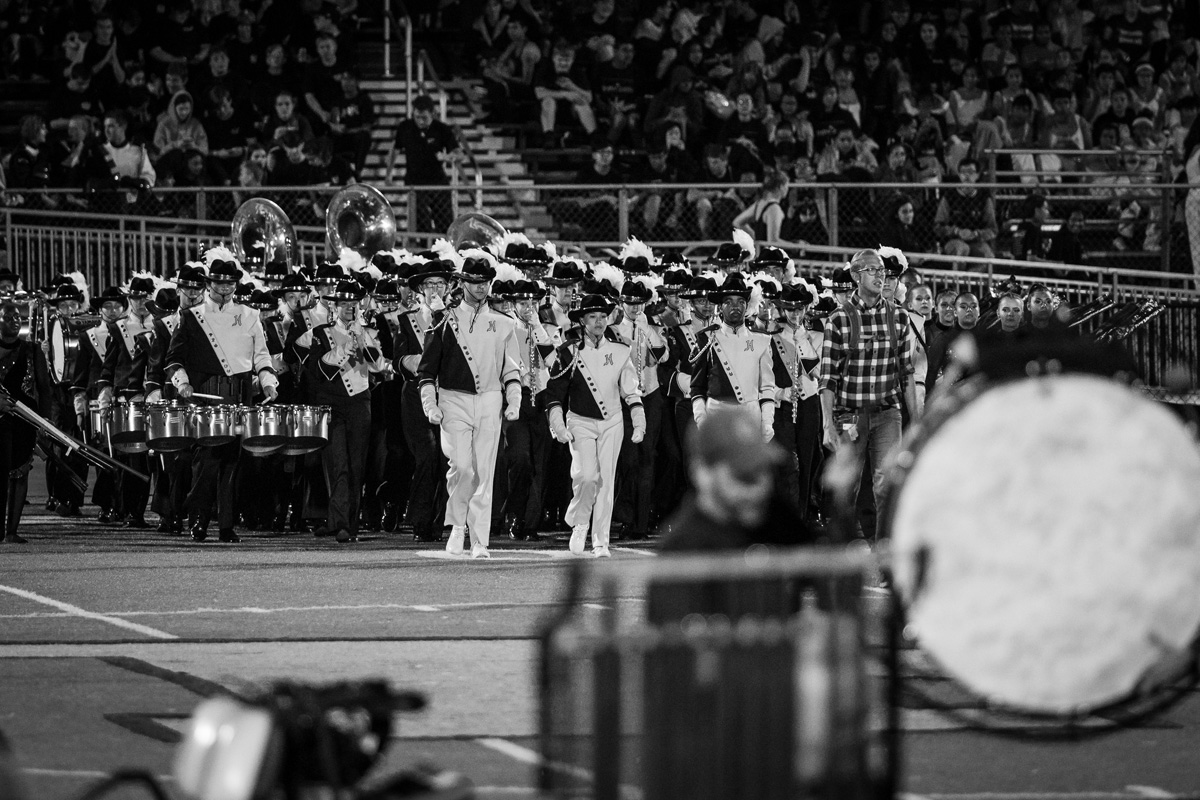 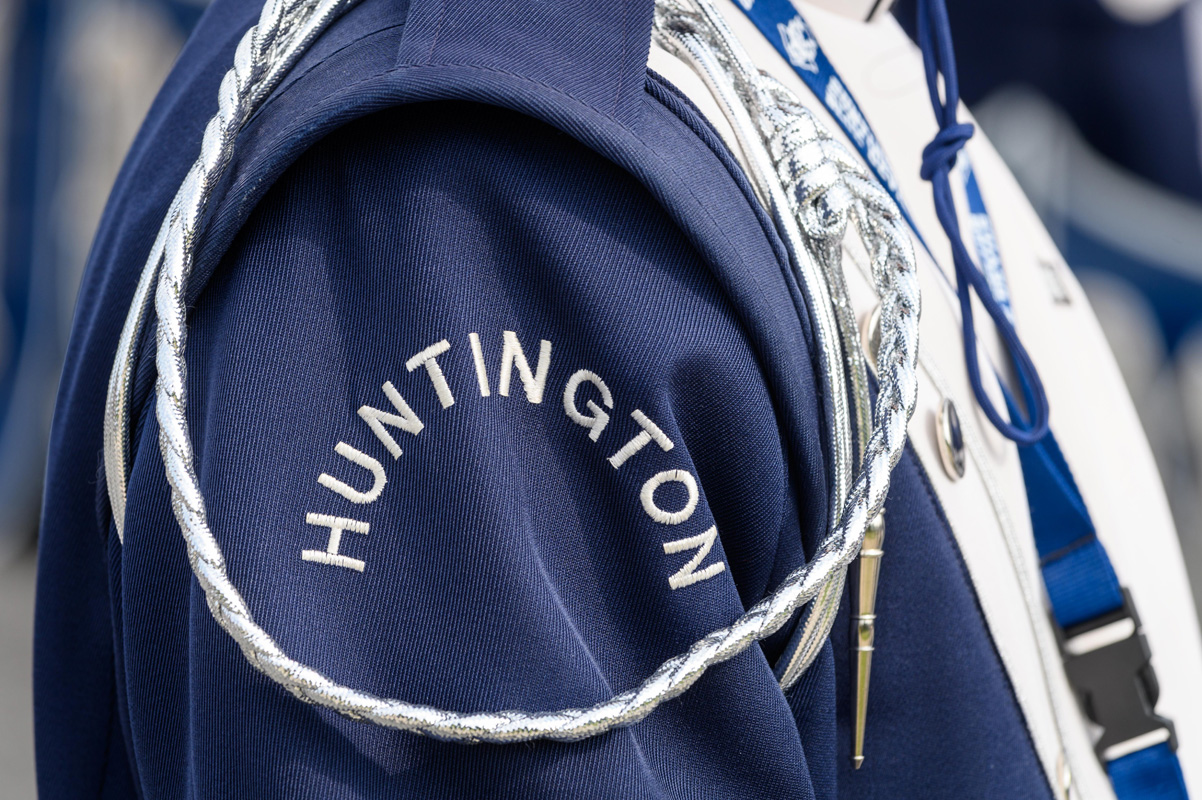 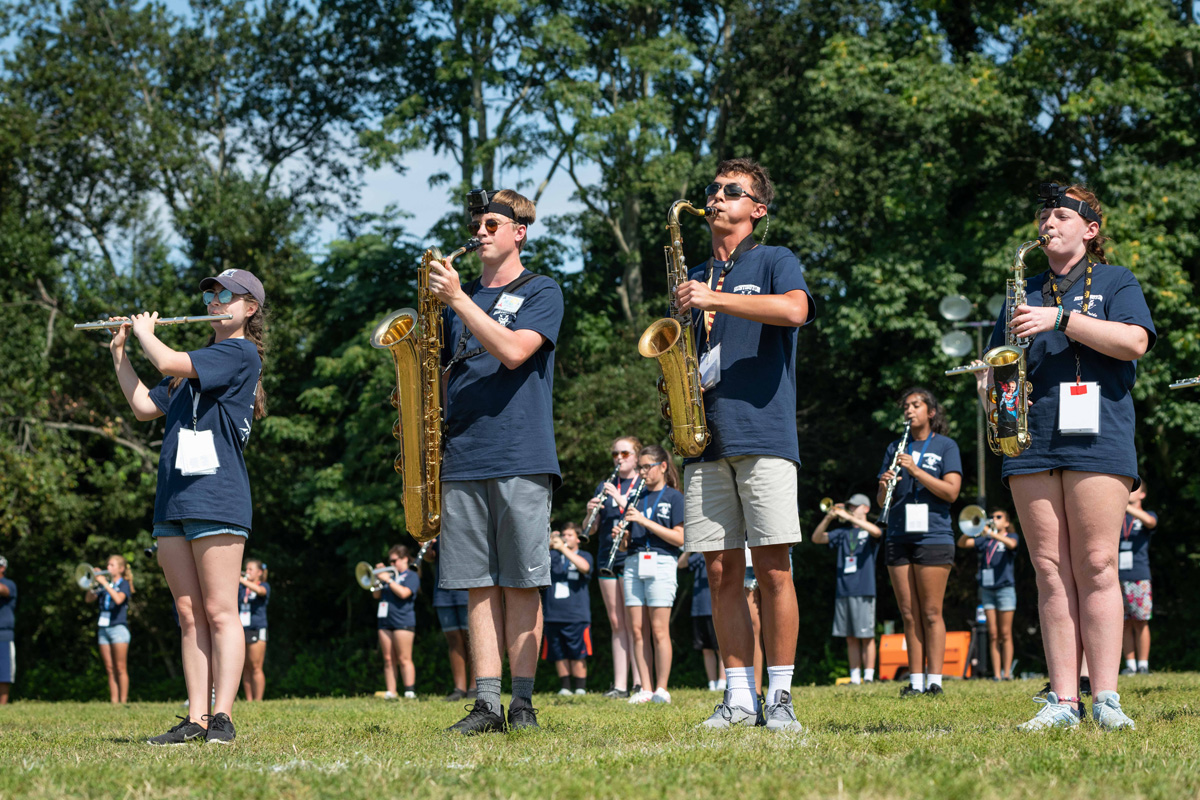