For many years, elementary school children in the northeast section of the district attended classes in a house on O’Hara Place in Halesite. That 1895 era home is currently a private residence. Large areas of Huntington were still undeveloped at the time, with farms and heavily wooded parcels dominating the landscape.

Nathan Hale School, which housed youngsters ranging from kindergarten through eighth grade, sat on 3.3 acres of land. The original building consisted of four classrooms, and a large basement for “playtime” activities, physical education classes and an area to eat lunch. (Note: The Nathan Hale School “basement” was partially above ground.)

A 1940 appraisal done for insurance purposes referred to the structure as “Halesite School.” The exterior of the building consisted of “better-than-average” common red brick, concrete base with float finish, double hung wood sashes, brick sills and pitched roofs of varying heights that were covered with composition shingles. The foundation and basement walls were concrete.

Interior features included float finish plaster walls. Oak was used for the school’s chair rails, base, trim and doors. The building was framed with steel. Wood strip floors were found throughout the structure. The outer walls were built of T.C. block and face-brick veneer. Ceilings were wire lathed and plastered. There were steel staircases with slate treads.

Nathan Hale School had steam heat from a hand fired basement boiler. The building took on an irregular shape. The March 1940 appraisal pegged the school’s value at $67,000.

The school underwent minor renovations in 1934. A 1947 expansion added a kindergarten wing, two second floor classrooms, two basement classrooms and a full cafeteria in the basement, including a stage. Another additional wing was constructed in 1960/61 at a cost of $340,000. It featured a full gymnasium, nurse’s office, main office area, library and lobby. Each of the additions was designed to blend seamlessly into the original structure, with similar brick utilized.

When construction was complete in 1961, Nathan Hale School consisted of 14 regular classrooms, eight smaller rooms and two oversized rooms, one of which was used as a library. There was also a kitchen and a combination gym/auditorium. In all, the building included 35,400 square feet of space and had a capacity of about 375 students.

The school’s parking lot was located behind the building on the west side of the grounds. Athletic fields were located on the south side. A grassy area was maintained between the building and Bay Avenue. There was a private home bordering the north side of the property.

Declining district enrollment led trustees to close the school in June 1973. Students were shifted to other elementary buildings in accordance with new attendance zones. However, the district’s central administrative offices, including the Huntington School Board, were relocated to Nathan Hale School for the next decade.

A large area of mature trees hid just how close Nathan Hale School was from Huntington Harbor. When the site was marketed for sale in the early 1980’s, an aerial photograph of the building and property made clear what a special location it was.

Remarkably, the purchase price was just $160,000. After many delays, the developer who bought the building received permission from the town to convert the space into 16 condominium units. After Nathan Hale School was sold, the district’s central administrative offices were relocated to Woodhull Elementary School.

Today, the exterior of the former Nathan Hale School has changed little from the days when the sounds of happy children could be heard throughout the surrounding area from early morning to late afternoon. 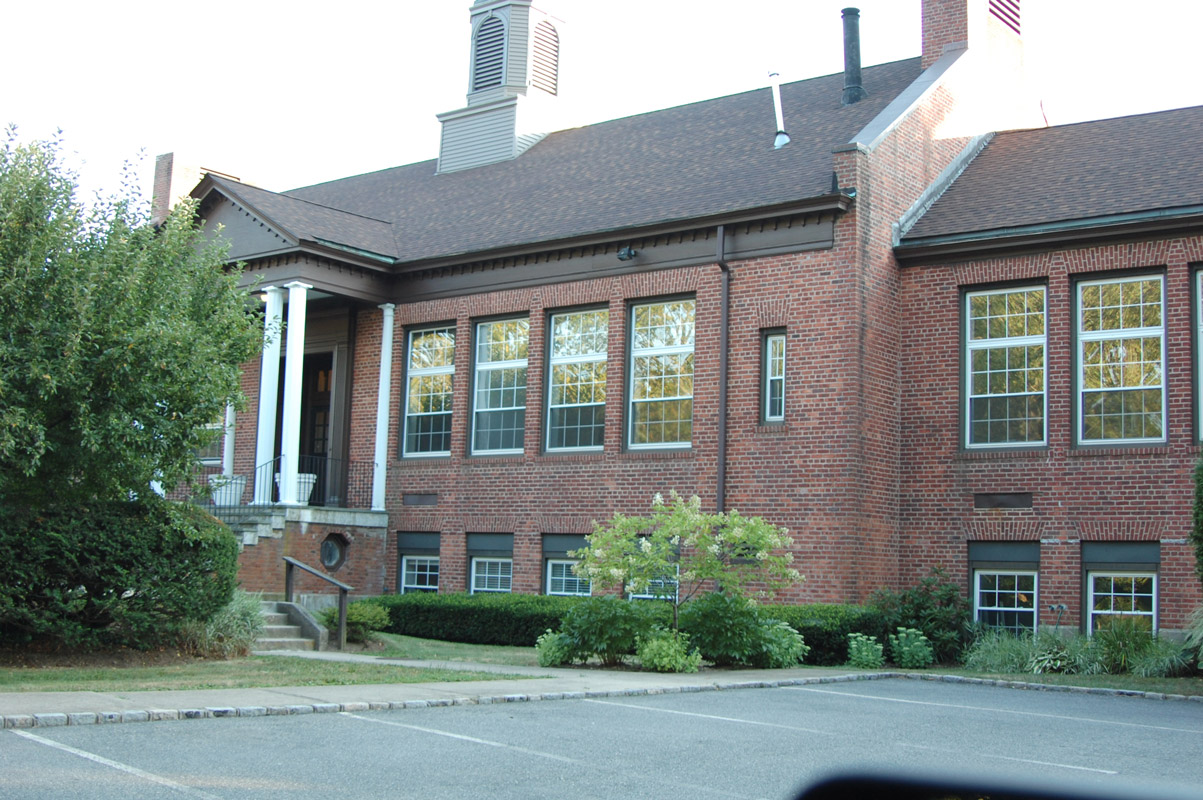 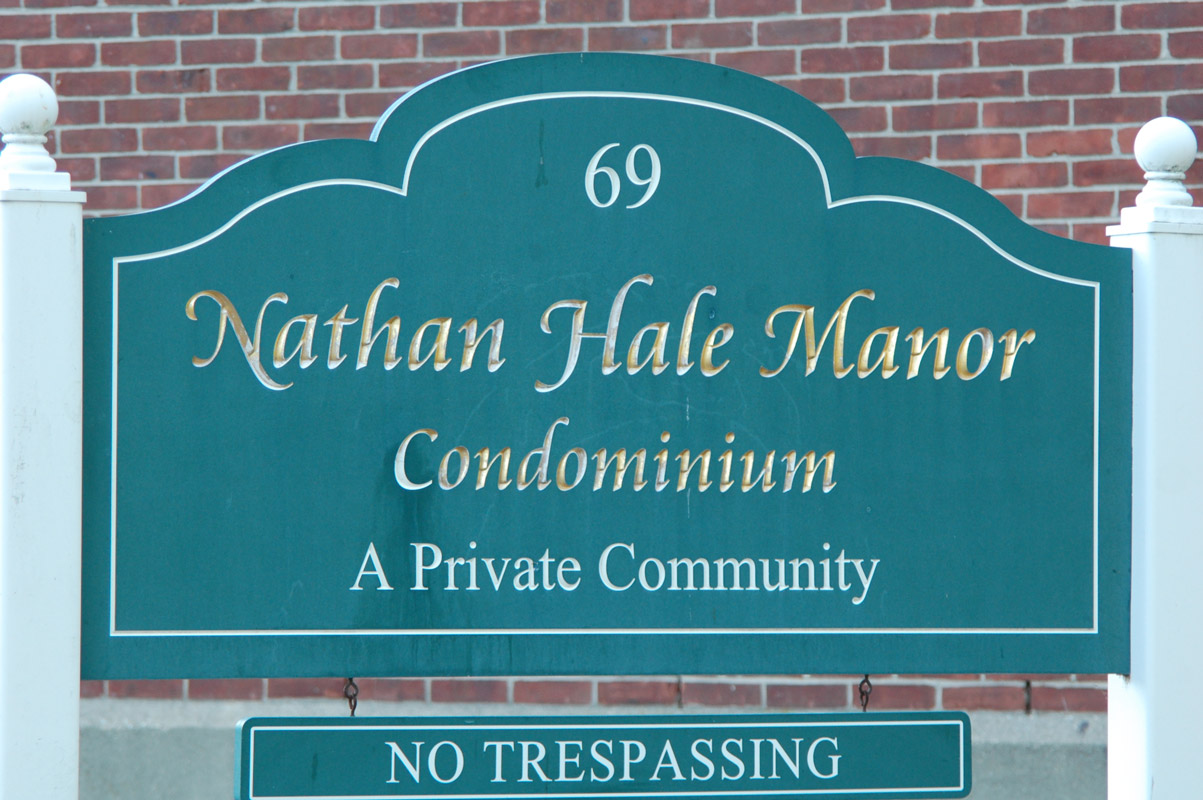 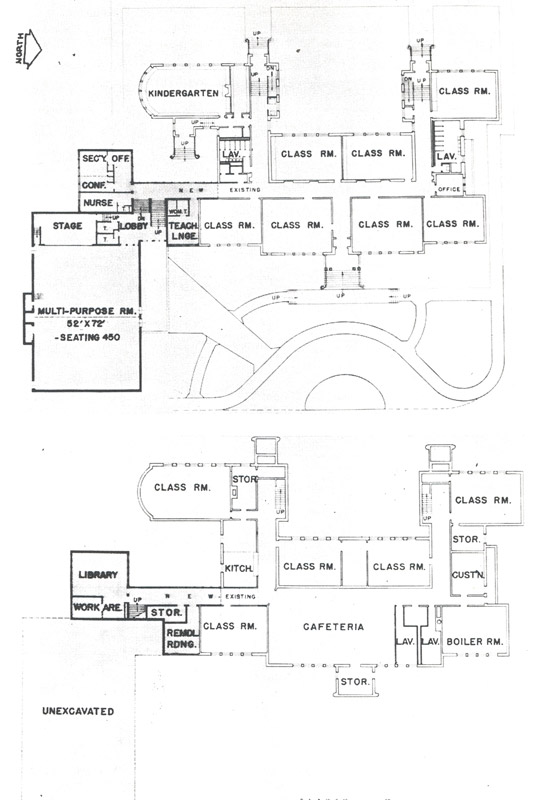