Alex Frawley is always up to something interesting. The Huntington High School junior is technologically savvy so when he received a 3D printer for his sixteenth birthday last spring he was especially happy.

Mr. Frawley opened his gift at the height of the Covid-19 pandemic. He thought it would be neat to contribute to the fight against the virus and use his 3D printer to make face shields when he heard about the lack of available personal protective equipment.

The teenager studied how to make the face shields, ordered the materials and started printing them non-stop, cranking out dozens. Mr. Frawley has donated them to local doctors, dentists, nursing homes and to the staff at Island Harvest food bank.

As word spread about Mr. Frawley and his face shields an out of state doctor even reached out to him. The Huntington tech whiz responded by sending a batch to doctors in that practice at a time when face shields were otherwise hard to come by.

Now that PPE is in relatively abundant supply in the United States, Mr. Frawley has turned his attention to the worldwide need. He’s been donating face shields to Huntington based charity Blanca’s House, which provides much needed medical care and services throughout Latin America. Through his connection with Blanca's House his face shields are now being distributed to clinics in Ecuador.

Mr. Frawley is an exceptional young man. “This year, I’m taking some really interesting Advanced Placement classes such as AP US History, AP English Language and Composition and AP Computer Science,” he said. “I’m especially excited to be working with Mrs. [Paige] Furman in Virtual Enterprise.”

The teenager said he is “really interested in pursuing a business degree with a minor in a STEM subject, such as computer science.” As far as possible colleges, he’s keeping his mind open at this point in time.

Mr. Frawley volunteers with Island Harvest food bank during the year, hence his interest in donating face shields to the organization. He’s really an ingenious teenager and is always looking to do some type of good deed.

“I recently became the captain of the high school robotics team and would really like to encourage new students to become involved,” Mr. Frawley said. “From the technical side to the business team there are many different ways to participate. It gives you experience that will help you for college and beyond and we have a lot of fun at the competitions.” 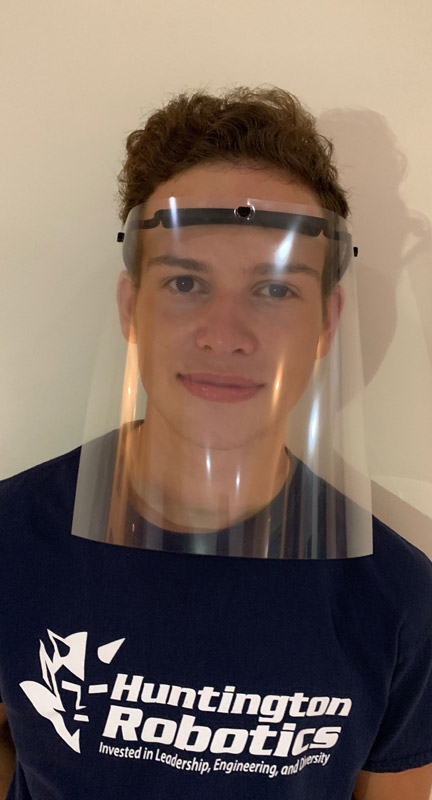 Alex Frawley models one of the face shields he created.. 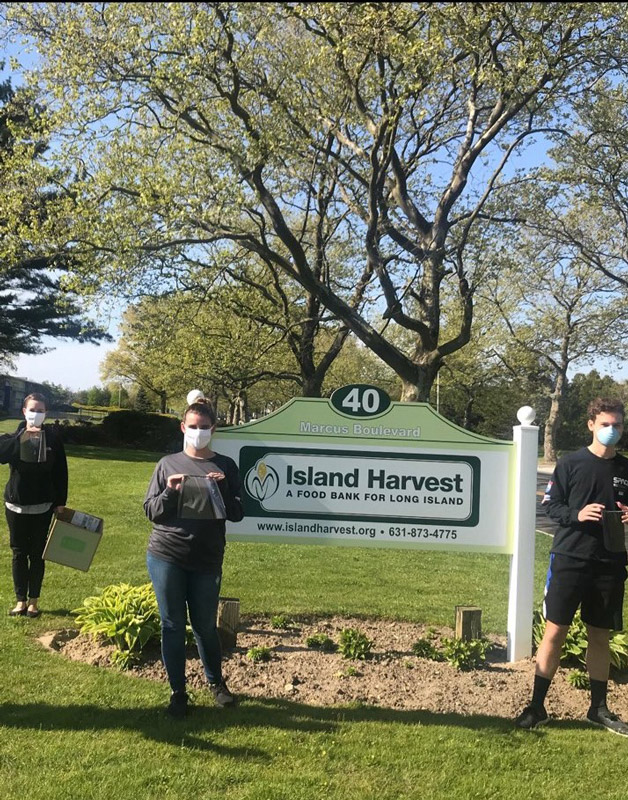 Alex Frawley (right) at Island Harvest with his face shields.

Alex Frawley models one of the face shields he created.

Alex Frawley (right) at Island Harvest with his face shields.