The Blue Devil varsity girls’ volleyball team is looking ahead to the coming season, which will feature many new players in the starting lineup after Huntington graduated seven seniors last June.

The postponement of the season disappointed the Blue Devils, but they realize it’s a completely understandable development with the health crisis still ongoing.

In Kehoe, Durand and Criscuola, the Blue Devils are returning three very experienced players. Each of them saw substantial court time last fall.

“I wanted to play as much as anyone else this fall, but a delayed season is better than no season at all,” Kehoe said. “I am looking forward to playing at Huntington again. After losing seven seniors last year, I am excited to see what the new players will bring to the game.”

Kehoe was one of the top setters in Suffolk with 295 assists. She led the team with 39 aces with her powerful serve and also contributed 53 digs.

“Even though it’s a later season than usual, I’m happy that we have an opportunity to play this year,” Criscuola said. “I’m super excited to get back on the court and I believe we are going to have a good season.”

All of the Blue Devils are completely committed to doing whatever it takes to have a successful season. It won’t be easy considering the high level of play Suffolk teams bring to the court.

“It’s upsetting to me that the season was moved to the spring because I was very eager to play my last year with the girls, however I’m very thankful that we even get the chance to play,” Severine said. “I have a lot of confidence in the team heading into the new season despite the loss of many seniors from last year. I think the team is still very strong and ready for this upcoming spring season.”

Huntington has some big shoes to fill with the loss of last year’s seniors. Much hard work lies ahead for the returnees.

It’s painfully obvious that while the Blue Devils wish the season was able to be held in the fall, they are thrilled to playing in the spring and will be ready to take the court when the first day of practice arrives.

“I am definitely bummed we had to push it back, but I’m so excited and grateful we get to play at all,” Durand said. “It’s my senior year and I feel like this will be an exciting way to end it. We lost vital players of our starting lineup and have a new head coach, but I still am confident we have the ability to succeed. Overall, I’m so excited to get back on the court one last time with my amazing teammates.”

Donaghy had team bests in aces and kills. “Megan improved tremendously,” Postel said. “She is always trying to make herself better.” (N.B. A “kill” is defined as “an attack by a player that is not returnable by the receiving player on the opposing team and leads directly to a point or loss of rally.)

Gennarelli also shined on the court. “Lauren is a quiet leader,” Postel said.

Toscano contributed a team high 102 assists. “Sophia has improved as a player and as a leader as well,” Postel added.

Stamatatos was among the best on the team in blocks and kills. “Francesca was a wall at the net,” Postel said.

Stolfa, the team’s libero (a specialized defensive player that wears a unique jersey), excelled at digs. “Grace was always diving all over,” Postel said.

The squad was exceptionally competitive as the Blue Devils lost seven matches by 2-1 scores. “This team was a pleasure to coach,” Postel said. “They all got along and were all very coachable.” 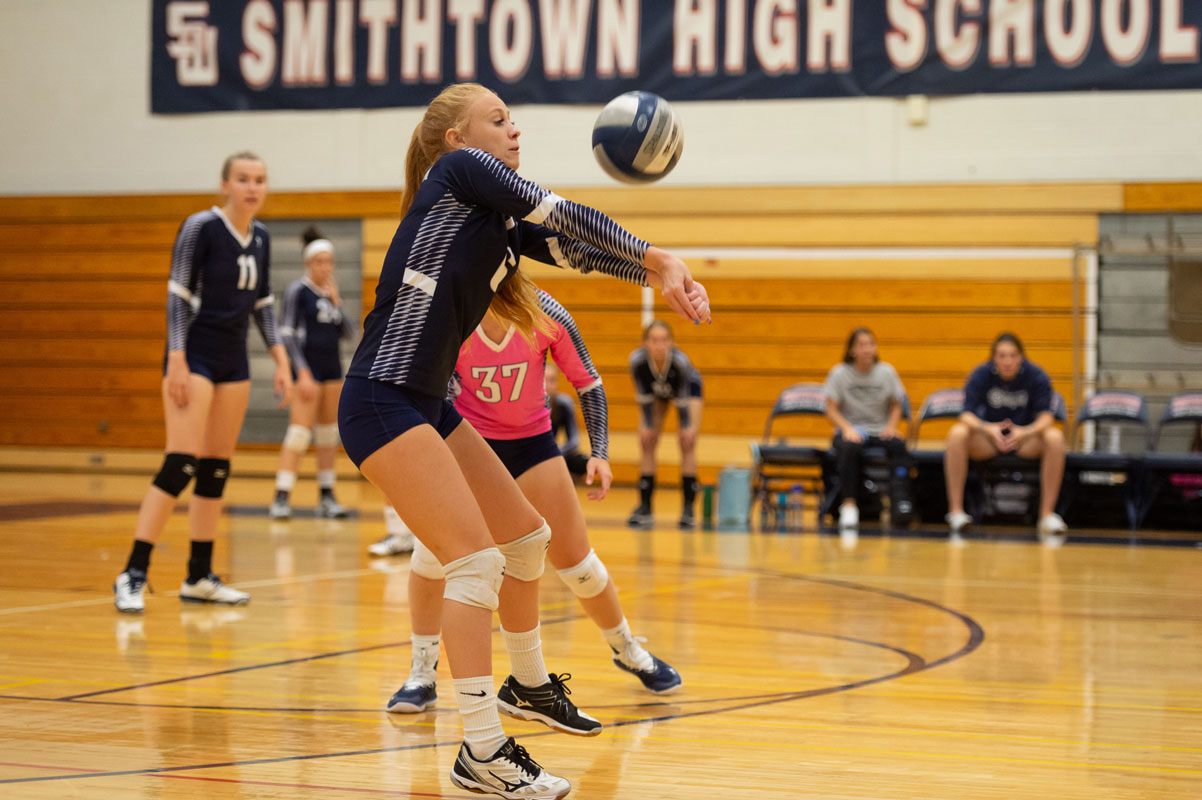 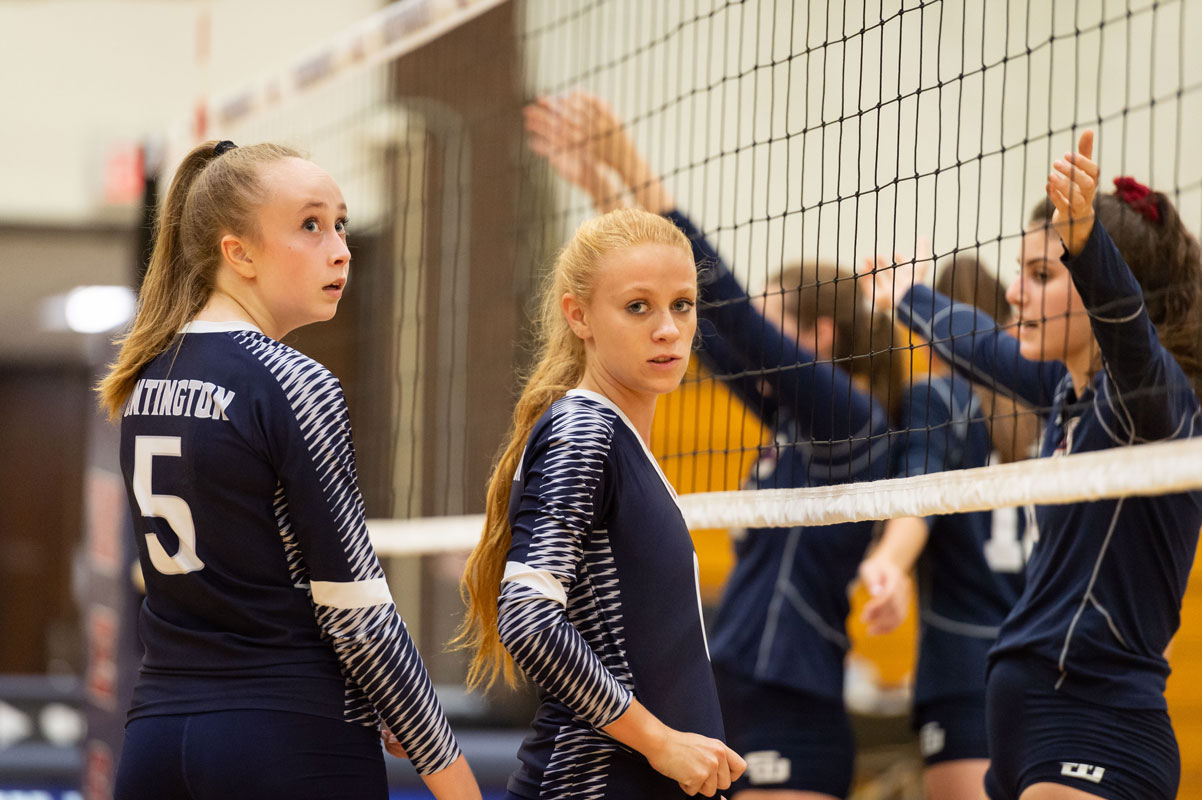