Christian St. John is one of the Huntington High School wrestling team’s fantastic freshmen. He has already proven himself in a Blue Devil uniform, winning 14 varsity matches as an eighth grader last winter. Now he’s poised for a breakout season.

The teenager’s transition into the Blue Devil wrestling room was seamless. Veterans quickly took note of the newcomer’s work ethic while drilling and scrimmaging and knew he belonged.

St. John played football and lacrosse at Finley, too, but it isn’t surprising that wrestling is his No. 1 sport. His father, Jamie, is one of Suffolk County’s greatest wrestlers ever.

While wrestling for Port Jefferson, Jamie St. John won league and county championships three times and won the state title twice. All-State three consecutive years, he went on to record a memorable career at Syracuse University. After a long stretch as the Syosset High School head coach, he is now an assistant on the Blue Devil staff.

The freshman’s mother, Diane was a two-sport varsity athlete in college at the University of New Hampshire. So St. John appears to have been destined for the athletic arena. He enjoys the strenuous daily workout that comes with the Huntington wrestling program and also thrives on the challenge associated with a one-on-one sport in the very confined area of a wrestling mat’s match circle.

St. John has a very unorthodox style. He starts off a bout looking like any other wrestler, but he does some very funky stuff during a six minute match. The Blue Devil freshman has above average strength and he’s quick, too. The fact that he hasn’t refined all of his techniques yet makes him very unpredictable and hard to defend against.

The teenager can never be counted out of any match, regardless of the score or how much time is left on the clock. St. John is very hard to hold down and his movement is hard to follow and keep up with. He chain-wrestles well, going from move to move. He could be losing 6-1 and within seconds tie the score or be down 9-1 and all of a sudden be pinning his opponent.

St. John’s matches are typically rough and tumble affairs that featured explosive offensive outbursts. They are exciting to watch, if a little nerve-wracking for the Huntington coaching staff. He’s fearless in trying new techniques and strategies to win.

The teenager is an affable fellow; respectful to a fault. He has a great sense of humor. But when he steps on the wrestling mat, he is all business. He’s solid in the classroom, too. His parents help keep his focus on academics while encouraging him athletically.

“Although he’s only a freshman, we are counting on Christian to help lead us,” Smith said. “As he continues to develop he’s going to win an awful lot of matches for Huntington.” 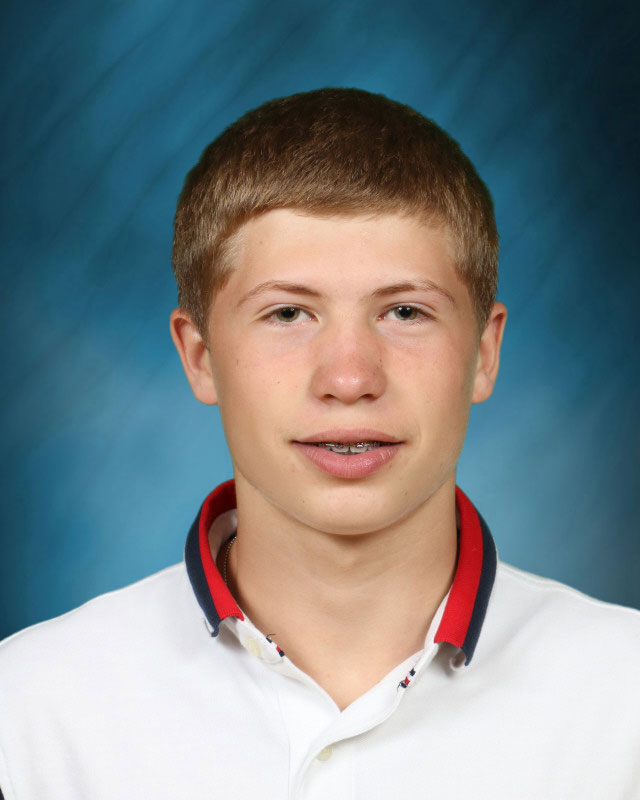 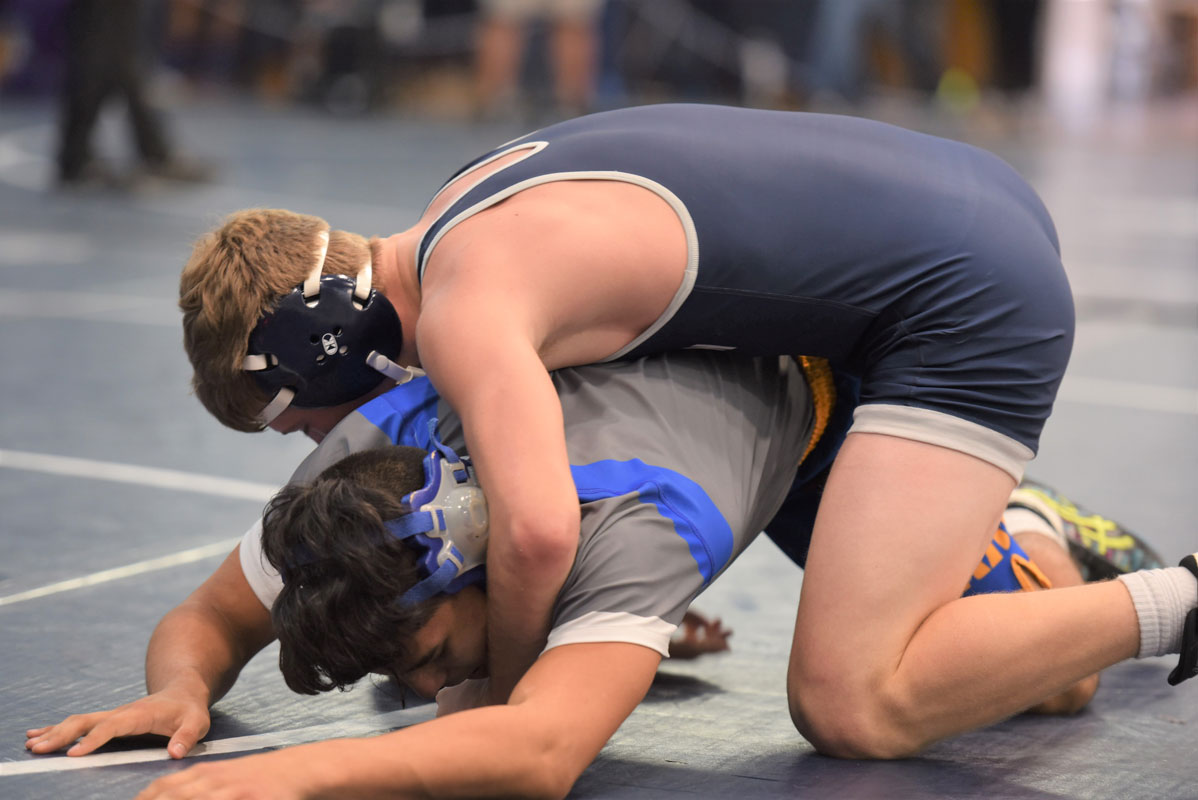 Christian St. John is on top and in control

Christian St. John is on top and in control