A team of Huntington High School filmmakers won honors in this year's 10 Day Film Challenge. The contest rules require participants to write, shoot, edit and score an original movie in just 10 school days. The teenagers can only work on school property. No one is permitted to work on the project on weekends or at home.

“Our story is based on an asteroid that will be hitting the earth in three weeks and killing all living things,” said Heather Swan, who leads Huntington High School video arts program. “Two siblings along with other teens are put to the ultimate physical and mental tests to earn a spot on the ship to safety.”

On the first day of the 10 day contest timeline, the filmmakers received the requirements for character, backstory, prop, line of dialogue and choice of genres.

“Caitlyn Palermo was assigned the role as director of the film due to her incredible dedication, abilities to plan, organization and communicate with her peers,” Mrs. Swan said. “She also worked with cinematography, audio, lighting and editing. Chris Bavaro and Mia D’Alessandro were our very dedicated and patient lead actors. Chris also wrote all original music for our film while Mia was our continuity expert. Grace Tyrrell designed our amazing poster as well as worked on cinematography and credits. Jenny Low was a cinematographer, editor and worked on our intro credits. Nicholas Rowley and Megan Agrillo were our special effects team as well as actors. Dan Petrylka was a cinematographer and worked on editing and color correcting our film.”

This year’s contest drew more than 200 student films from all over the country. Huntington advanced to the Top 30 before garnering seventh place honors for the Best Use of Cinematic Technique (Diegetic Music). Huntington was also nominated for Best Use of Genre.

“It was an honor to have placed every year as a participant in the 10 Day Film Challenge,” Ms. Palermo said. “I’m so glad I got to finish senior year with my amazing group members and Mrs. Swan. It’s the end of an era and I cannot wait to see what the future holds for each of us.”

This marked Huntington’s fifth time participating in the 10 Day Film Challenge. “I am so proud of the final film and all the time and effort the students put into it,” Mrs. Swan said. “For many of the students this is their third and final time participating in the contest. This year we formed one group of eight senior Video III/IV students. We picked the sci-fi genre out of a hat. After bouncing around ideas, Chris Bavaro came up with a basic story idea that we all liked so we ran with it. Jenny Low and Mia D’Alessandro wrote the script with collaboration from the rest of the Cygnet Films team.”

Huntington’s video arts program has developed a national reputation and many of its alums have moved on to some of the most prestigious college film programs in the country.

“This year’s 10 Day Film Challenge really let each of our team members’ individual talents shine,” Mr. Rowley said. “This allowed our video to have great writing, direction, cinematography, acting, music and special effects. We all put in a lot of effort during the 10 days and I think we are all very proud of our film.” 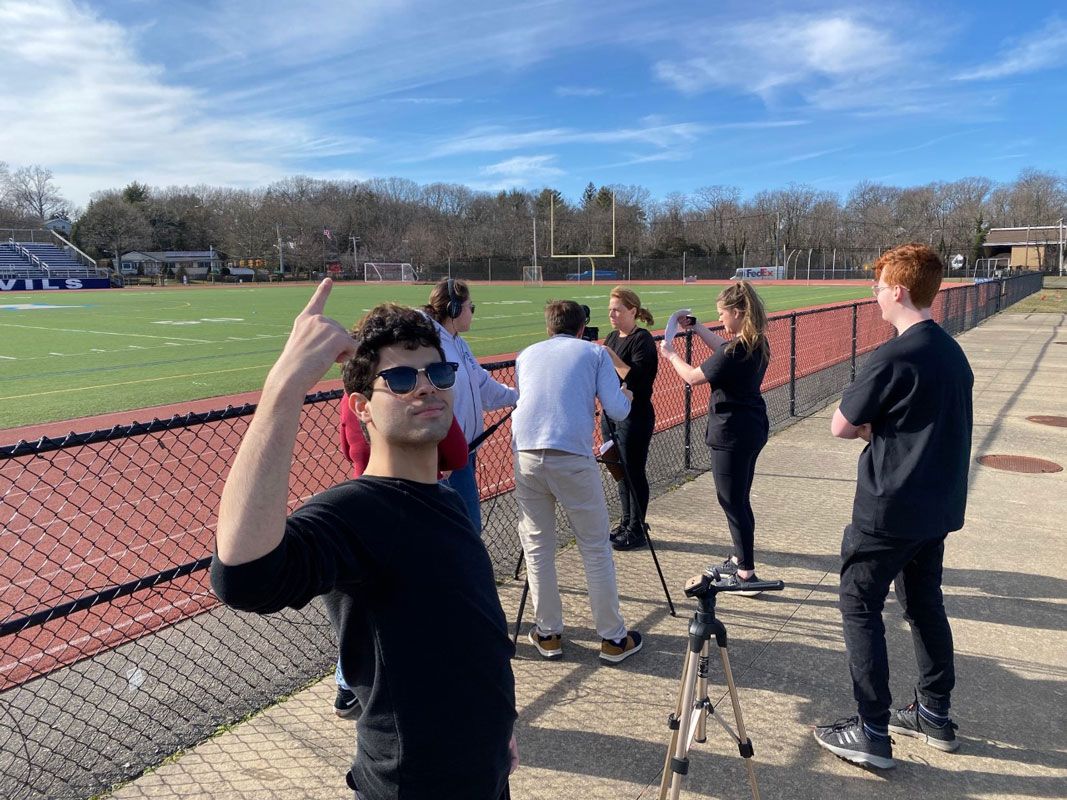 Chris Bavaro and the filmmaking team at work at Blue Devil Stadium. 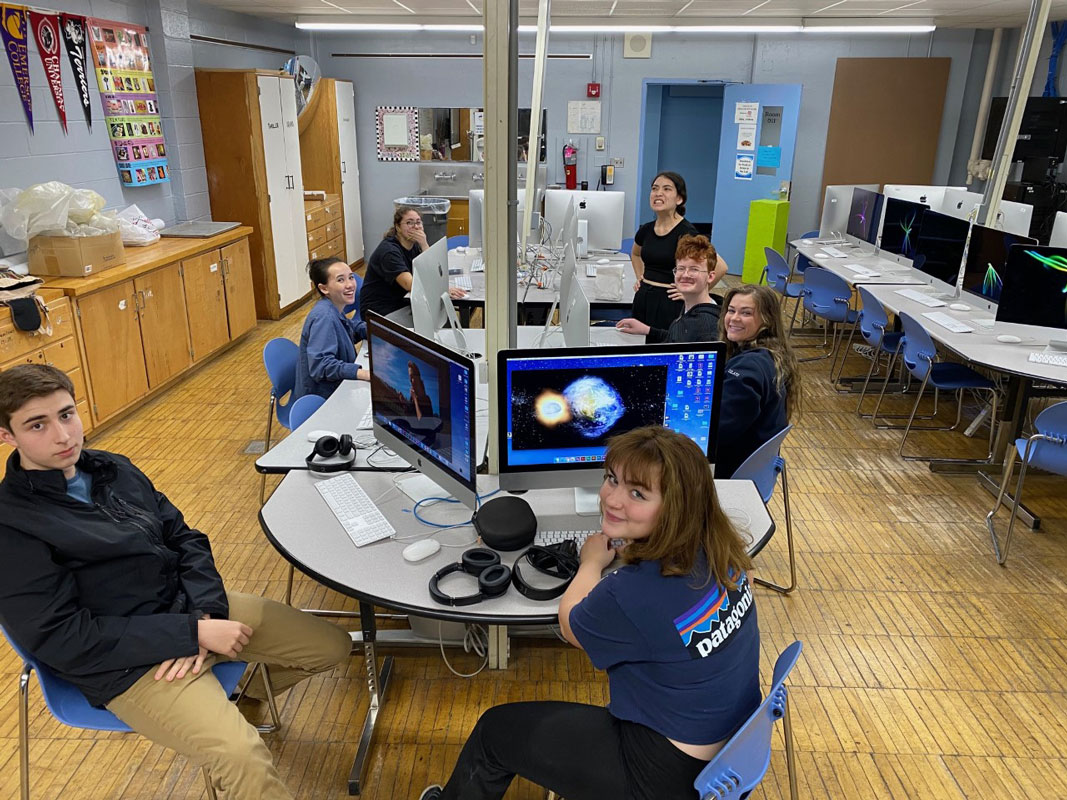 The filmmakers at work in the Huntington High School video arts room.

Chris Bavaro and the filmmaking team at work at Blue Devil Stadium.

The filmmakers at work in the Huntington High School video arts room.