Mr. Rodriquez has been working closely with veteran art teacher Kasmira Mohanty. He titled his piece on exhibit, “Mass Destruction in the Making.” It is a colorful, dynamic and thought-provoking work of art. 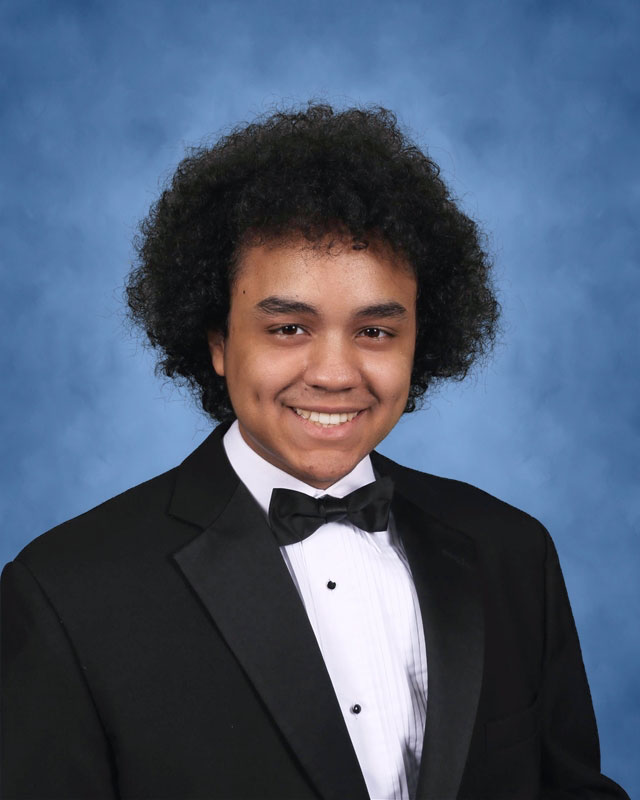 “I have had the pleasure of knowing Abe for almost his entire high school career,” Ms. Mohanty said. “I was first introduced to this unique, funny, caring and hard-working student when he took my introductory Computer Graphics class. From that moment forward he exhibited a natural curiosity and talent for the digital arts. He continued displaying his gift by enrolling in my Advanced Computer Graphics class the following year and then my Digital Portfolio class this year. Not every project he attempted was perfect, but Abe’s commitment to doing his best, attempting to continually enhance his digital prowess and his willingness to experiment has earned him a place in Long Island’s Best for the second year. I hope his commitment to evolve as creative thinker follows him throughout his lifetime. I am immensely proud of him and will miss him a great deal next year.”

“I was attracted to the mayhem occurring within Künstler’s illustration,” Mr. Rodriquez said. “What particularly caught my eye were the parachutes. From a distance, they looked like alien space crafts. This inspired me to depict a war-like scene with the same intensity, but set in the future. I wanted to maintain the fantastical and dramatic qualities that occur in Künstler’s work. I constructed a modern city block, which mimics the perspective in Künstler’s work and layered in a grim, menacing sky. Next I incorporated aliens, whose shape emulates the parachutes in Künstler’s work. The destruction within the piece required me to make use of fire, explosions and smoke effects.”

Mr. Rodriquez said he worked hard to “really capture the gritty feeling” of the destruction within the piece. “The laser and military jets emphasize the ongoing war and annihilation,” he said. “I feel that my piece encapsulates the mass destruction of Earth as we know it and humans being able to do little about it because of our stunted intellectual capacity and proclivity to engage in conflict, rather than finding peaceful solutions.”

The senior doesn’t let time go to waste when he enters the digital arts room at Huntington High School. He works hard at his craft and the result is beautiful artwork. 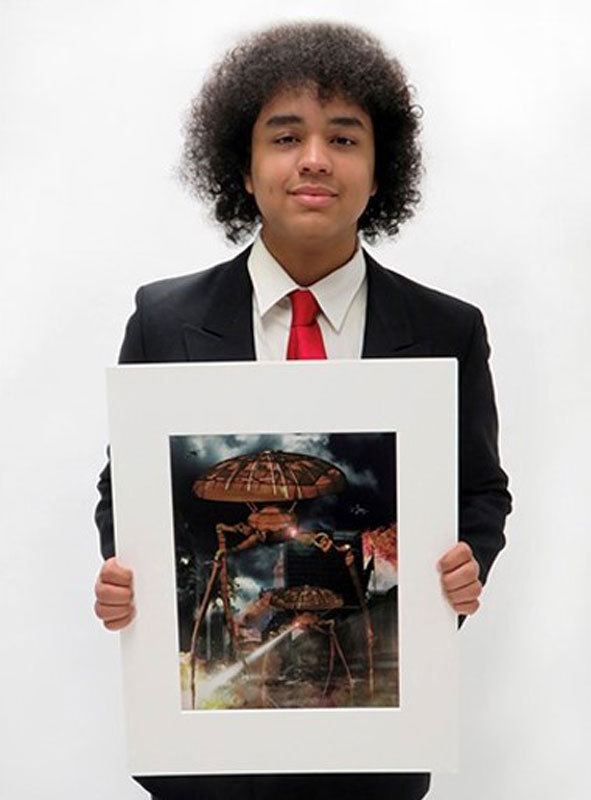 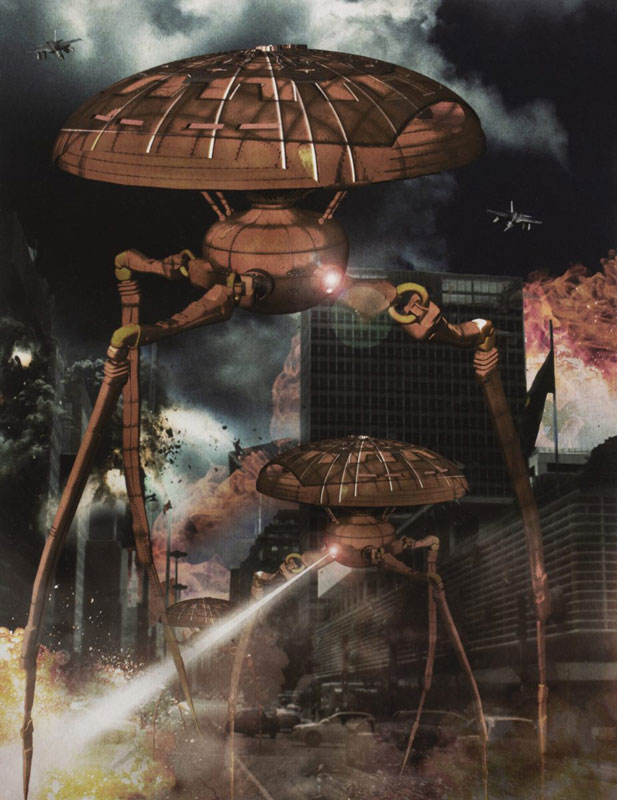 Abraham Rodriguez titled this digital artwork, Mass Destruction in the Making. It is on exhibit at the Heckscher Museum.

Abraham Rodriguez titled this digital artwork, Mass Destruction in the Making. It is on exhibit at the Heckscher Museum.