That Vivienne LaVertu is a gifted artist comes as no surprise to anyone at Huntington High School, where the junior has been impressing everyone for the past three years. 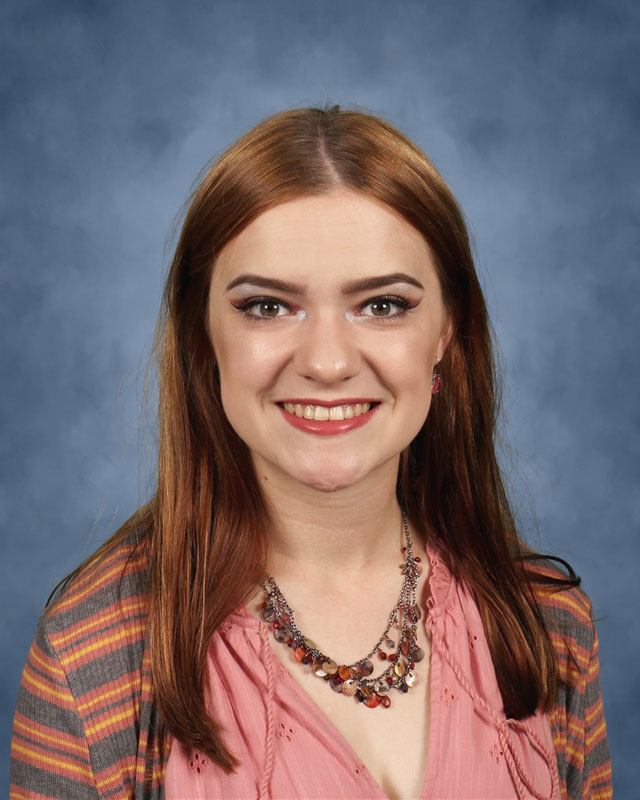 Ms. LaVertu has been studying with Huntington art teacher Kristin Singer and she’s been producing work that is simply exceptional. Her pieces are well known for their attention to detail.

“I got interested in art in kindergarten because I really liked drawing and coloring, but I really got into it when I started elementary school because I always got compliments from classmates, which made me believe I really was good at drawing,” Ms. LaVertu said.

“I like Huntington’s art program,” Ms. LaVertu said. “The person who has guided me is Mrs. Singer. She is the one who introduced me to Long Island’s Best and Nightmare on Main Street exhibits and the Art Honor Society.”

Ms. LaVertu visited the Heckscher Museum and used Mort Künstler’s 1965 gouache on board piece titled “Trouble at the Printer” as inspiration for her own work that is now being exhibited.

A thoughtful young woman, Ms. LaVertu has been reflecting on her future pursuits. “I am interested in doing cosmetology, photography and illustrating, because I like to work on artistic related projects,” she said. “Hopefully, people will acknowledge all of my works in a positive light and can really appreciate the art and beauty of what I can do.”

Mort Künstler’s bold composition, intricate narrative and meticulous attention to detail in “Trouble at the Printer” influenced me to create a piece based on interior space. After visiting the Heckscher Museum in its centennial year, I imagined the Museum in 1920 as a place where people gathered to experience new and exciting artwork. They had the opportunity to learn and connect to others in their community long before technology and social media. Using vintage photographs of the museum, I recreated the space. I reflected on the differences in the Heckscher Museum in 1920 versus now. Although the Museum now houses two giant touchscreens for visitors to make digital paintings, create engaging posts on Instagram, and exhibits contemporary artists, the Museum still serves the same altruistic purpose as it did when it opened: To connect the community through the positivity found in viewing, learning about, and creating art. 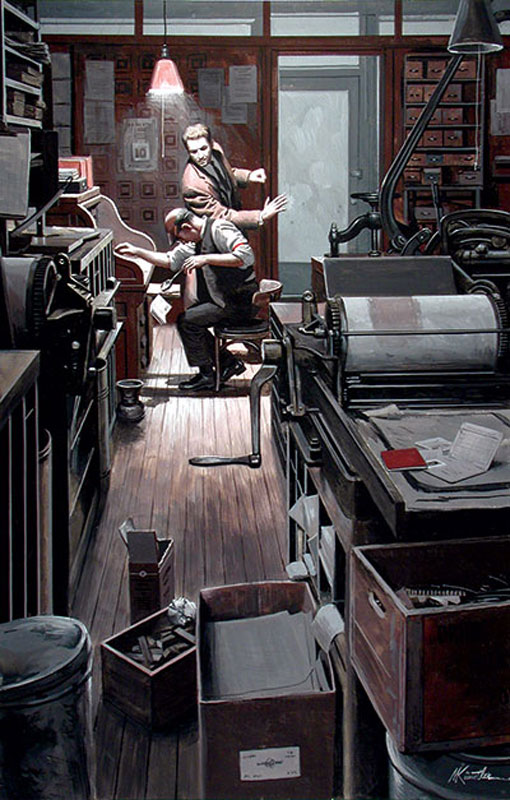 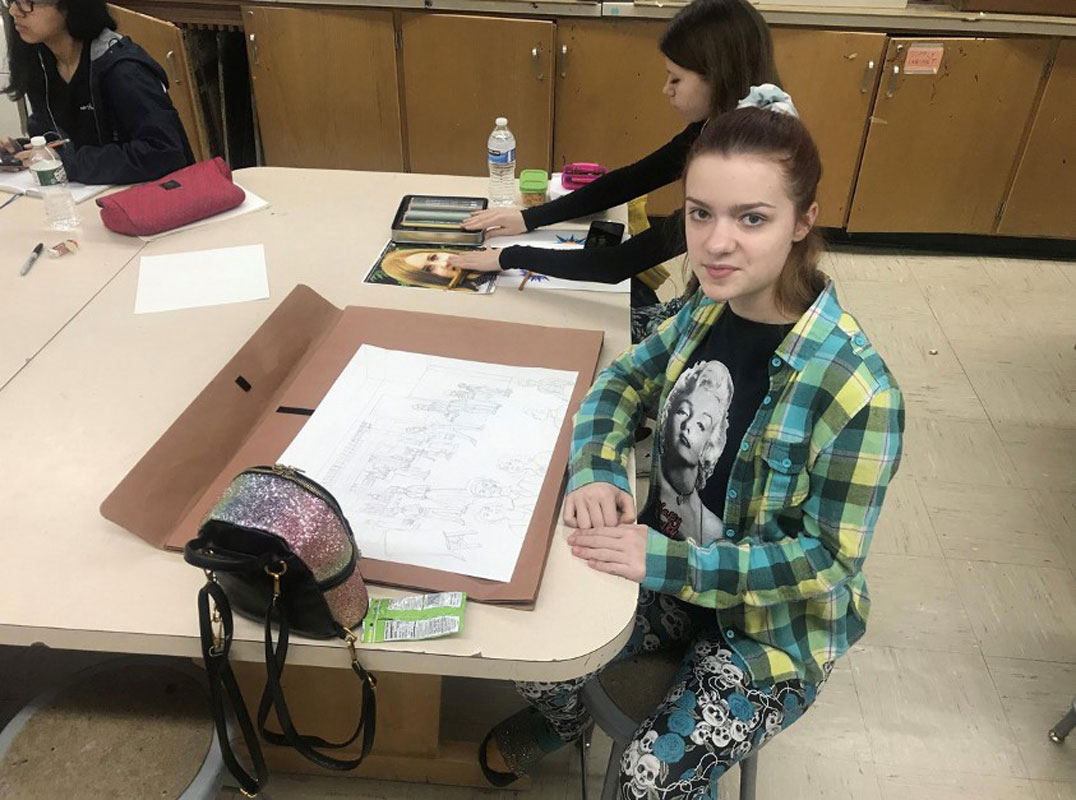