When she learned that she had captured first place honors in the short story category of the Huntington Youth Writes competition, Huntington High School sophomore Alexis Kaloudis was surprised. She didn’t expect to win.

Ms. Kaloudis enjoys writing and she’s a great student in teacher Aimee Antorino’s English 10 Honors class, but winning an award in a town writing contest didn’t appear to be in the cards for the teenager. The cards were wrong. 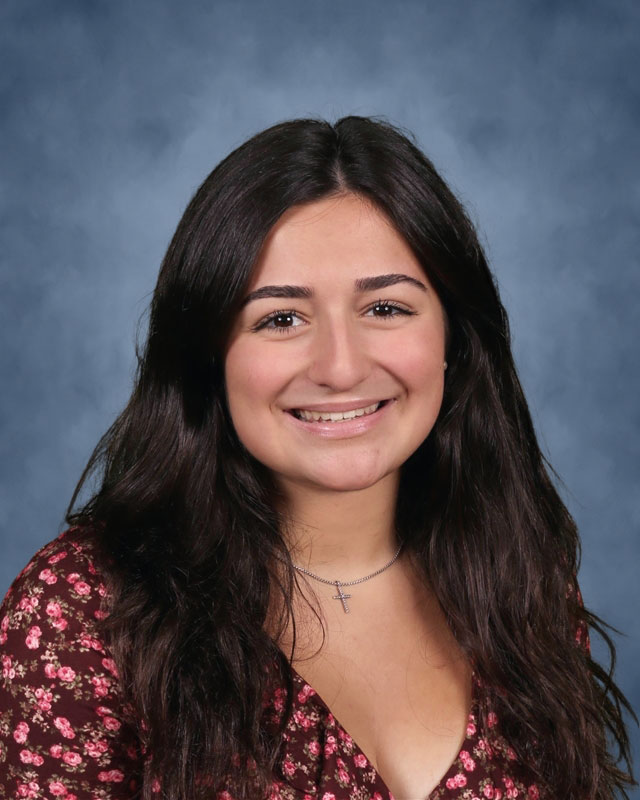 The teenager wrote a powerful story about the physical and mental costs of anorexia and the pain and fear it brings to the life of a girl who suffers from it. It’s a jarring tale and one that those of any age can learn from about a disorder that disproportionately strikes women.

“Anorexia nervosa — often simply called anorexia — is an eating disorder characterized by an abnormally low body weight, an intense fear of gaining weight and a distorted perception of weight,” according to the Mayo Clinic. “People with anorexia place a high value on controlling their weight and shape, using extreme efforts that tend to significantly interfere with their lives.”

“We had an English class assignment to write a gothic narrative because we were learning about Edgar Allan Poe at the time,” Ms. Kaloudis said. “I chose to relate my story to present day and make it relative to the time period.”

The sophomore believes her best subjects in school are English and math. She attended kindergarten at Huntington Montessori School before coming the Huntington UFSD for first grade.

Asked to name her favorite teacher and Ms. Kaloudis admits “that’s a really hard question because I’ve been fortunate to have so many wonderful teachers,” she said. “But I think my all-time favorite is Mr. [Michael] Graziano because he is very engaging and makes the class really enjoyable. He’s also very sweet and funny.”

The teenager is a lifelong Huntington resident. “My experience at Huntington High School has been wonderful overall,” Ms. Kaloudis said. “All the teachers are very nice and the school itself has a lot to offer.”

Now in its 21st year, the annual Huntington Youth Writes competition is open to students enrolled in grades 4-12 across the town. In its first two decades the contest has attracted about 20,000 entries and presented over $30,000 in awards to hundreds young people. Many of the honorees have been Huntington School District students.

There are separate divisions for grades 4-5, 6-8 and 9-12. Categories include poetry, short story fiction and essay. Students must submit their own original work. Poems cannot exceed 60 lines. Essays and short stories cannot surpass 3,000 words. Winning entries will be published in a journal.