Emily and Charlotte Cheshire are doing amazing work as youth ambassadors with the Tourette Association of America. The sisters are students at Huntington High School, where they have garnered the respect of classmates and faculty members alike.

Charlotte and Emily Cheshire in at the US Capitol in Washington, DC

Emily is a Huntington senior while Charlotte is in her sophomore year. The pair is active around the high school and both are splendid students, achieving notable success in their academic pursuits.

“We were trained to be able to do presentations to doctors, teachers, students, nurses and families to educate people on what Tourette syndrome is and raise awareness about it,” Emily Cheshire said. “The following day, we went to Capitol Hill to lobby to members of the House of Representatives and the US Senate for continued funding and support for different types of research and treatments for Tourette syndrome.”

Since completing their training the sisters have given more than 50 presentations to nurses, medical residents, teachers, students, parents and doctors to educate them on Tourette syndrome.

“Charlotte and I have been on panels to educate future psychiatrists and have met with psychologists and psychiatrists to educate them about Tourette syndrome,” Emily Cheshire said. “Charlotte has done radio shows, News 12 segments and various other panels.”

While some tic disorders are transient, others remain into adolescence and even adulthood. “It is very common for people with Tourette syndrome to be affected by another co-occurring condition, including attention deficit hyperactivity disorder, obsessive compulsive disorder, anxiety disorders and depression,” according to the Tourette Association of America.”

While Tourette’s lacks a cure, years of research into the syndrome have produced various treatment options.

“Charlotte and I returned back to Washington, DC last month to assist in training new youth ambassadors from all over the country and share our experiences working with the Tourette Association of America with doing presentations and lobbying on Capitol Hill,” Emily Cheshire said. “The following day we went to Capitol Hill and we had multiple meetings with members of the House of Representatives and the Senate from New York, including Tom Suozzi and Chuck Schumer’s offices.”

The trip to Washington, DC featured a jam-packed agenda. “The TAA’s Congressional Asks program, which got approved in both of our meetings, features supporting funding and research in the 2021fiscal year, including appropriations for the public health education and research on Tourette syndrome at the Centers for Disease Control,” Emily Cheshire said. “It also includes sending a ‘Dear Colleague’ letter to ask Members of Congress for their support and to join the bicameral and bipartisan Congressional Tourette Syndrome Caucus, co-sponsor a CARE (collaborate academic research efforts) for Tourette Syndrome Act and the Safe Step Act, a bipartisan bill to improve therapy and treatment protocols as well as multiple other support efforts for treatments and medical research on Tourette syndrome.”

As they go about their business at Huntington High School, few know that the Cheshire sisters are making a real difference in the world. 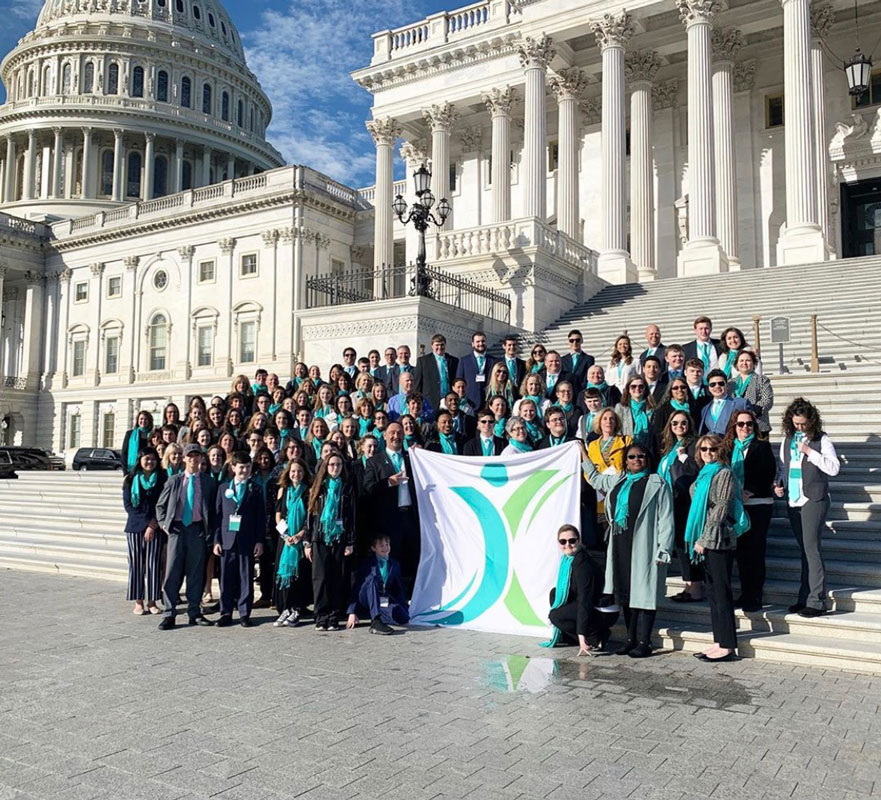 The Cheshire sister with other Tourette Association of America youth ambassadors in Washington, DC. 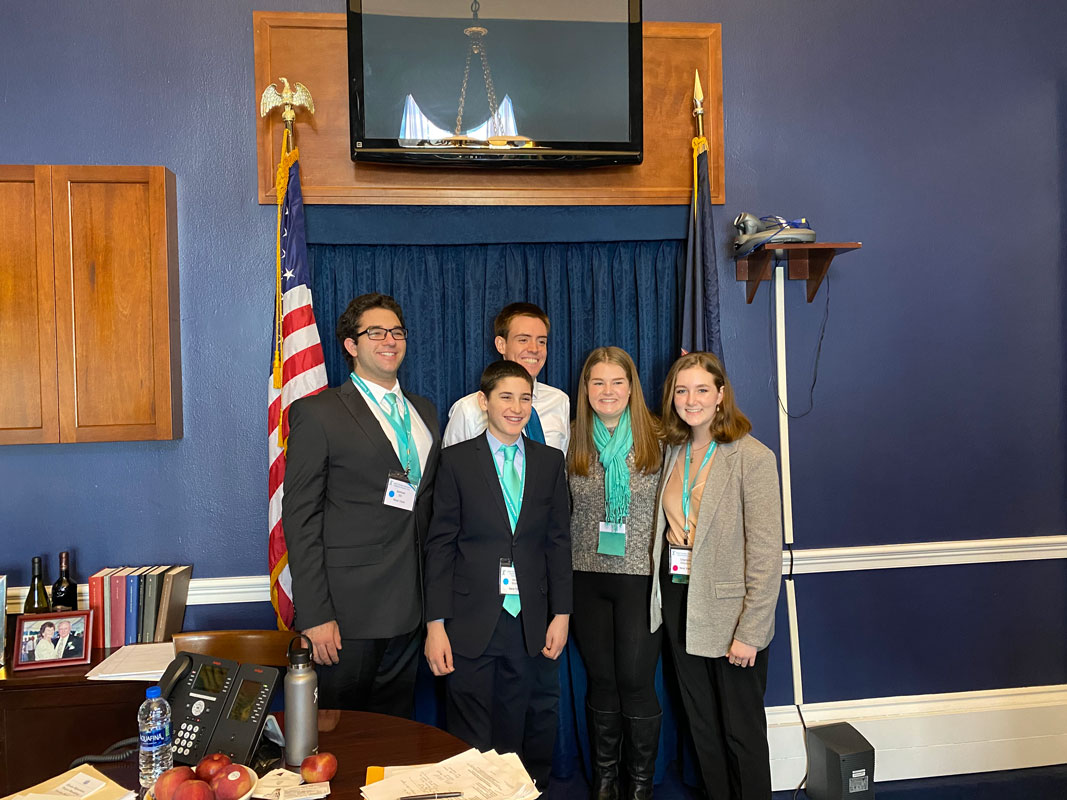 The Cheshire sisters have visited Capitol Hill offices of congressman and senators.

The Cheshire sister with other Tourette Association of America youth ambassadors in Washington, DC.

The Cheshire sisters have visited Capitol Hill offices of congressman and senators.