Michael Reed has drawn so much inspiration from Brian Stellato over the years that the teenager wants to be a music teacher and band director just like his mentor at Huntington High School.

“My all-time favorite teacher over all the time I’ve spent in Huntington UFSD has to be Mr. [Brian] Stellato,” Mr. Reed said. “From my first interaction with him at Band Fest in sixth grade, he has been nothing short of an amazing mentor and has also played a key role in sparking my love for music and developing my character.”

Mr. Stellato is in his seventeenth year as a music teacher. A Sachem High School graduate, he earned an undergraduate degree in music education with a concentration in instrumental music at University of Delaware.

“When running ensemble rehearsals, he has captivating way of making the time fly as he helps us to laugh and learn as we make music together,” Mr. Reed said. “As director of the marching band, he has been a stunning inspiration for hundreds of students. There was never a moment where he wasn’t full of energy and had a smile beaming across his face. His enthusiasm and worth ethic are unmatched when it comes to bringing out the most in the marching band. These qualities are what make him such a fine person on top of being an outstanding teacher.”

A three-year drum major with the University of Delaware’s Fightin’ Blue Hen marching band, Mr. Stellato went on to obtain a master’s degree at Stony Brook University with a concentration in educational leadership. His first teaching position was at Southampton High School in 2003/04. He taught elementary band in the Sachem school district for three years before coming to Huntington in October 2007. At one time or another, he has been the marching band’s director, co-director and assistant director.

“Mr. Stellato, through his kindness and passion to bring out the best in his students, has taught me lessons that I will carry with me for the rest of my life and had I not met him, I would be nowhere near where I am now,” Mr. Reed said.

The respect and affection is mutual between student and teacher. “Michael was an amazingly successful and inspirational drum major of the Huntington Blue Devil marching band,” Mr. Stellato said. “Michael is a gifted leader and a natural teacher. His personality beams across every room he walks into. I know for a fact that he will be an incredible music educator and have a tremendously positive impact on all of his future students.” 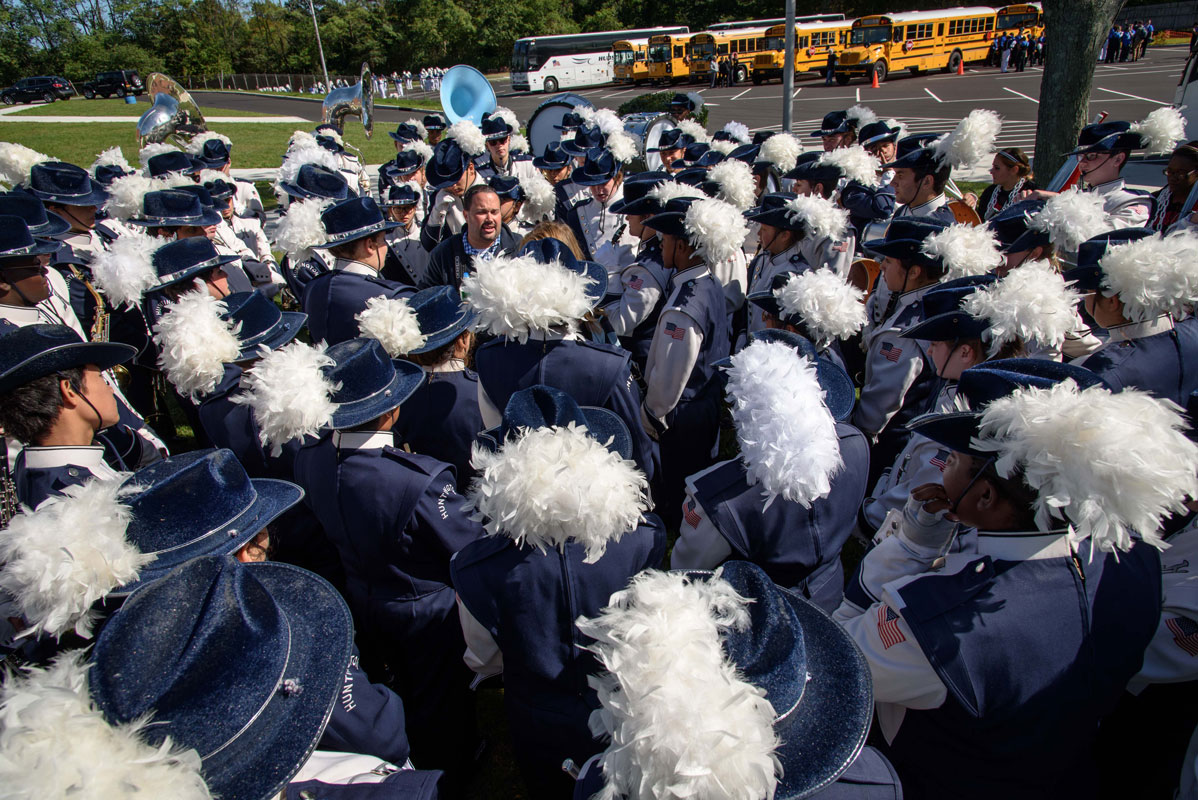