Huntington High School’s Habitat for Humanity chapter has been making a difference in people’s lives ever since it was founded in 2003. A recent trip to New Orleans to help those still recovering from a deadly and destructive hurricane that struck 15 years ago continued the group’s impressive tradition of helping others.

Students paid their own way and gave up their mid-winter vacation to help those who really needed it. After school fundraising helped reduce some of the cost.

A group of more than 20 students and chaperones headed south, arriving on a Sunday night at 11 p.m. With a Super 8 hotel serving as their base of operations for the Habitat members, the days were long with work projects and sightseeing during off hours.

The teenagers and adult chaperones worked on painting and caulking the exterior of a new home as well as installing flooring and tiling. When their time in New Orleans had come to an end, most of the house had been painted and almost all of the flooring and tiling had been put in place, saving the homeowner thousands of dollars.

During off-hours, the Huntington traveling party went on a “cool” swamp tour, where they saw creatures ranging from alligators and raccoons to wild boar. There was an opportunity to grab lunch at the famed Parkway Bakery, where the group consumed “delicious” food, including a three-foot po’boy taken down by a group of five students.

Later in the week, the group went to a family-friendly Mardi Gras parade, where there were eye-grabbing floats, “amazing” performances and, of course, countless beads.

“Even though Hurricane Katrina happened fifteen years ago, the effects that it had are still felt today, which is why the group continues to go there every year,” said junior Aaron Chin.

Huntington School Board members recently approved a second trip for the Habitat for Humanity club. The group will travel to Las Cruces, New Mexico on the edge of the Chihuahuan Desert from April 12-18. 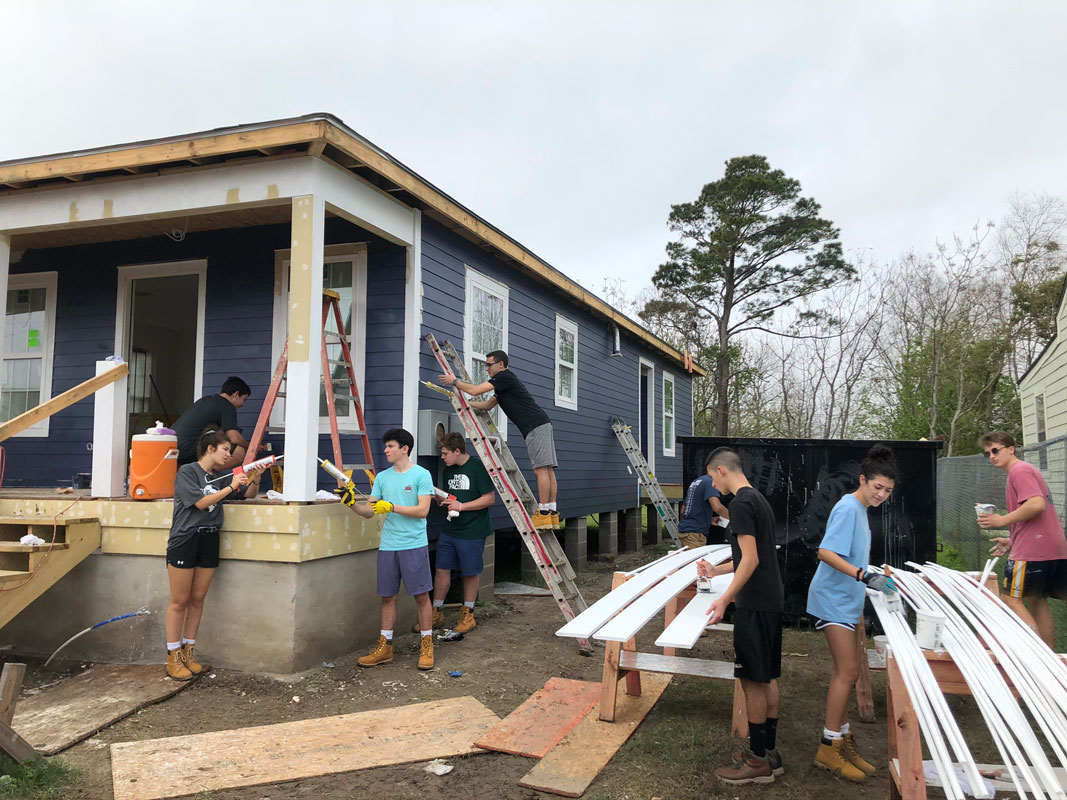 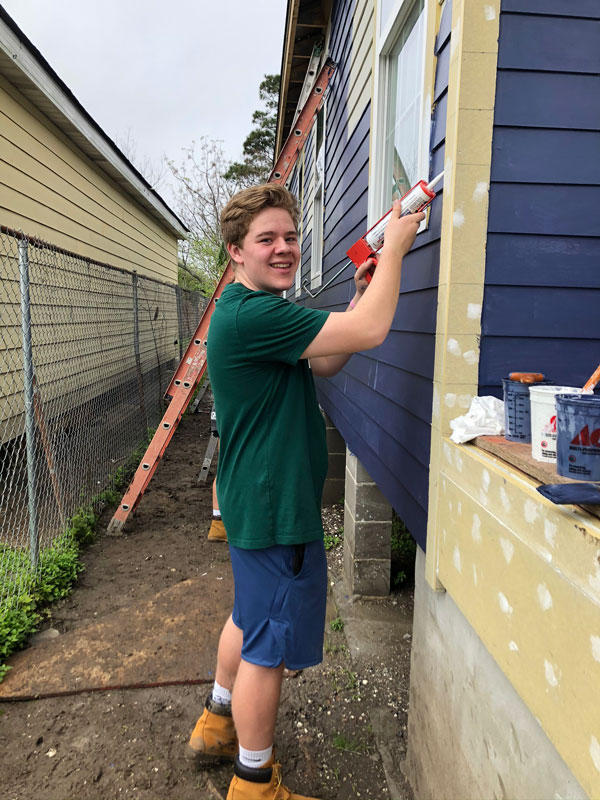 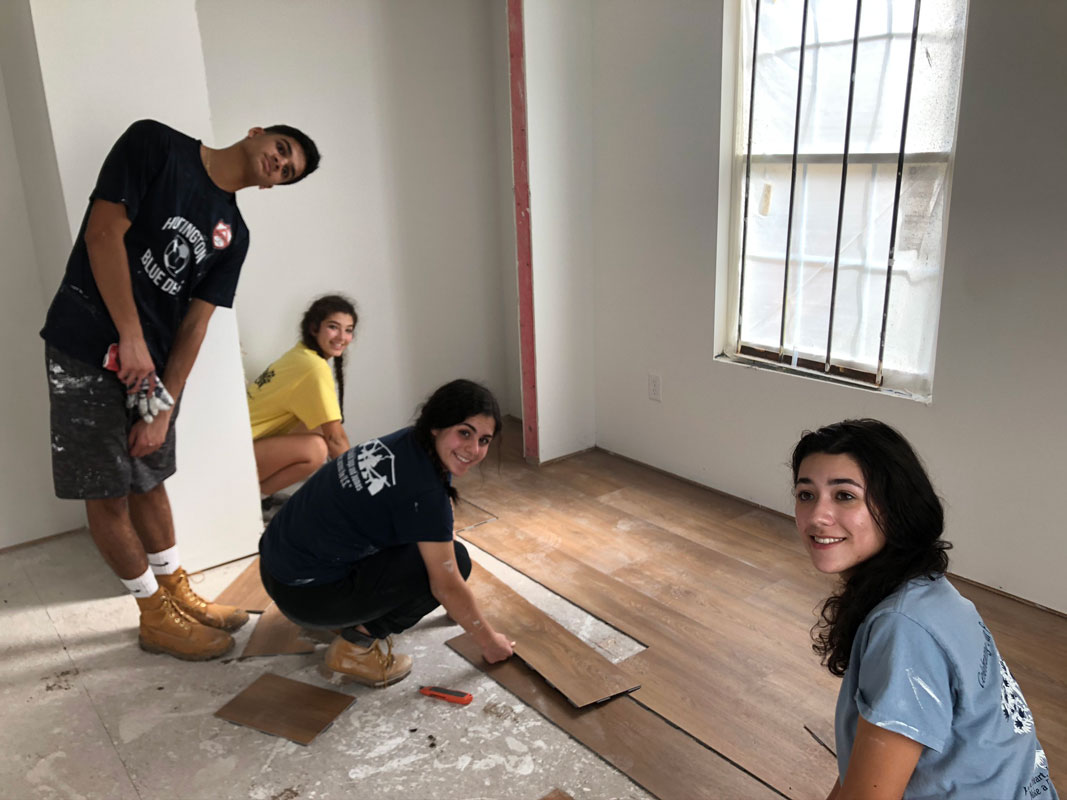 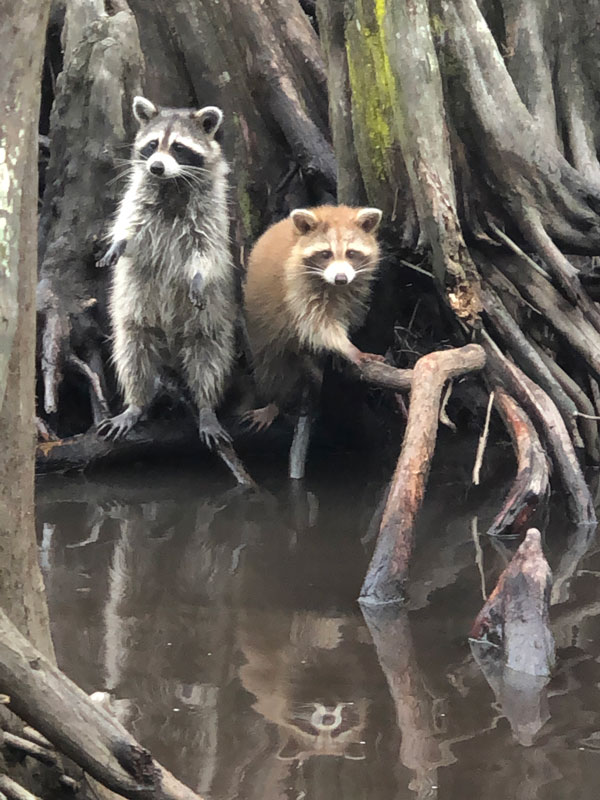