The J. Taylor Finley Middle School student council has steadily gathered momentum since September and has made a real difference around the building, pursuing numerous initiatives and lifting the spirits of everyone.

Student council members helped organize a “spirit week” last September “to get students excited about being back in school,” Mr. Miller said. “They ran this as a contest with the seventh grade battling the eighth grade. Teachers took a tally of the participating students throughout the week and the winning grade won ice pops during their lunch period.” The eighth graders won the friendly competition.

October saw the student council collaborating with the Finley PTA on a wildly successful Halloween dance. “Over 350 students were in attendance,” Mr. Miller said. “Council members snapped pictures of the different costumes all night. The following week, we held a costume contest in school to award best costumes in different categories.”

November featured Finley’s school-wide “Hunger Games” that annually involve the collection of food items for a community based food pantry. Teachers took a tally to see which homerooms and grade collected the most goods. The seventh grade came out on top. Finley was able to fill an entire truck with what was collected by both grades and also sent along more than $300 to help meet the needs of the hungry in the community.

“During the month of December, council members helped students and staff get in the holiday spirit by creating a spirit week, including holiday attire and ugly sweaters,” Mr. Miller said. “We capped off the month with Finley’s famous Reindeer Games. This year, we did things a little differently and had students create teams. These teams competed against each another in different minute-to-win-it challenges. We wanted as many students to get the chance to participate in the Reindeer Games. Overall, it was a great success.”

The last two months have seen still another spirit week held along with a Valentine’s Day carnation sale that resulted in the purchase of more than 300 flowers.

“Council members also took part in their first shared decision meeting, in order to give provide their input about what they would like to see served for lunch in the cafeteria,” Mr. Miller said. “For the month of March, we will be participating in March Madness, which will include many different student activities, as well as a fundraiser with the Finley Junior National Honor Society to raise money for leukemia patients.”

The student council officers and general members are learning all about leadership, community service, creating and organizing initiatives and more.

“Overall, this year’s student council members are a great group of students who are very eager to come up with fun and exciting ways for all students to get involved in school activities along with getting everyone involved with their community,” Mr. Miller said. 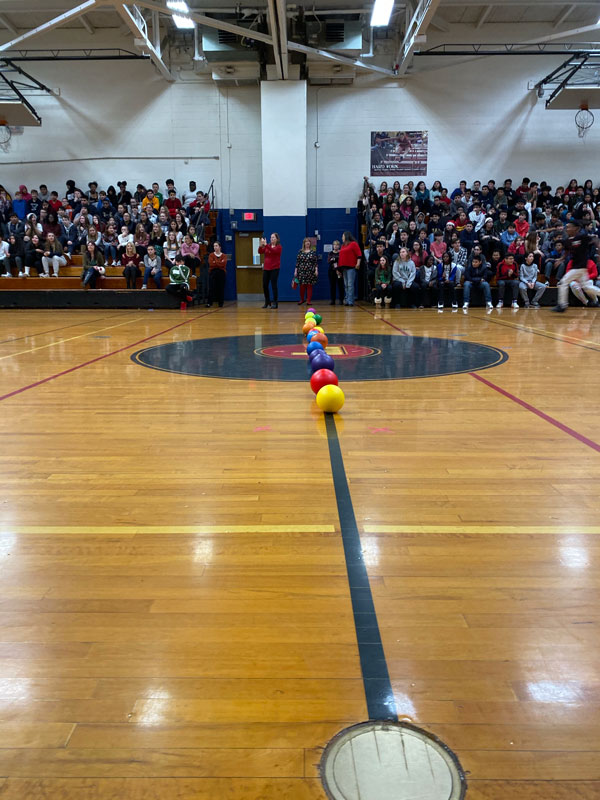 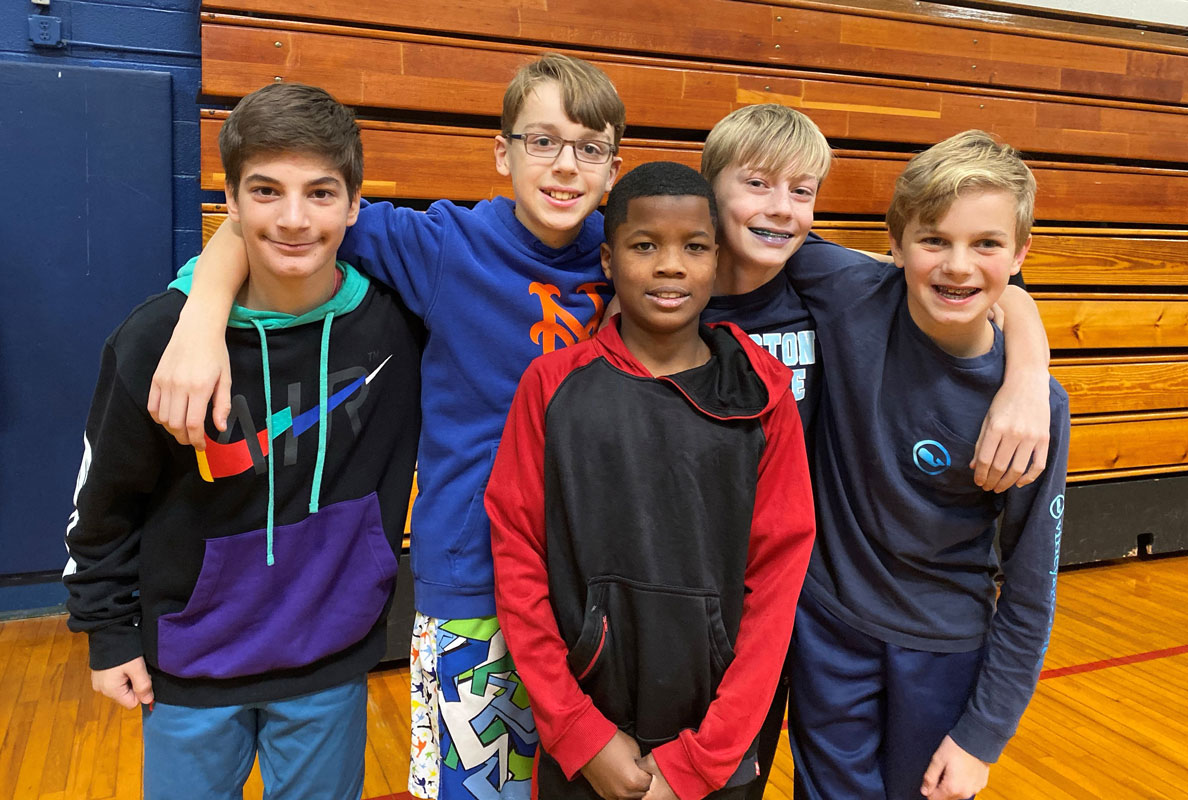 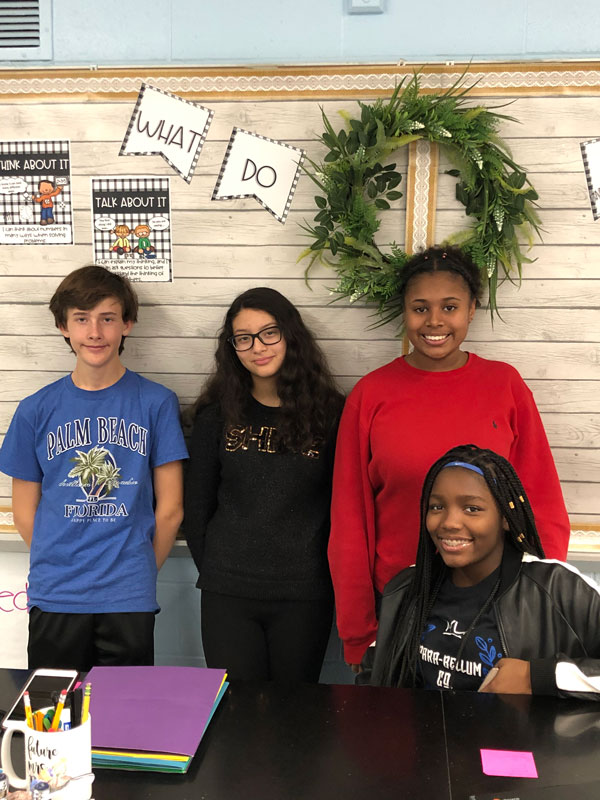 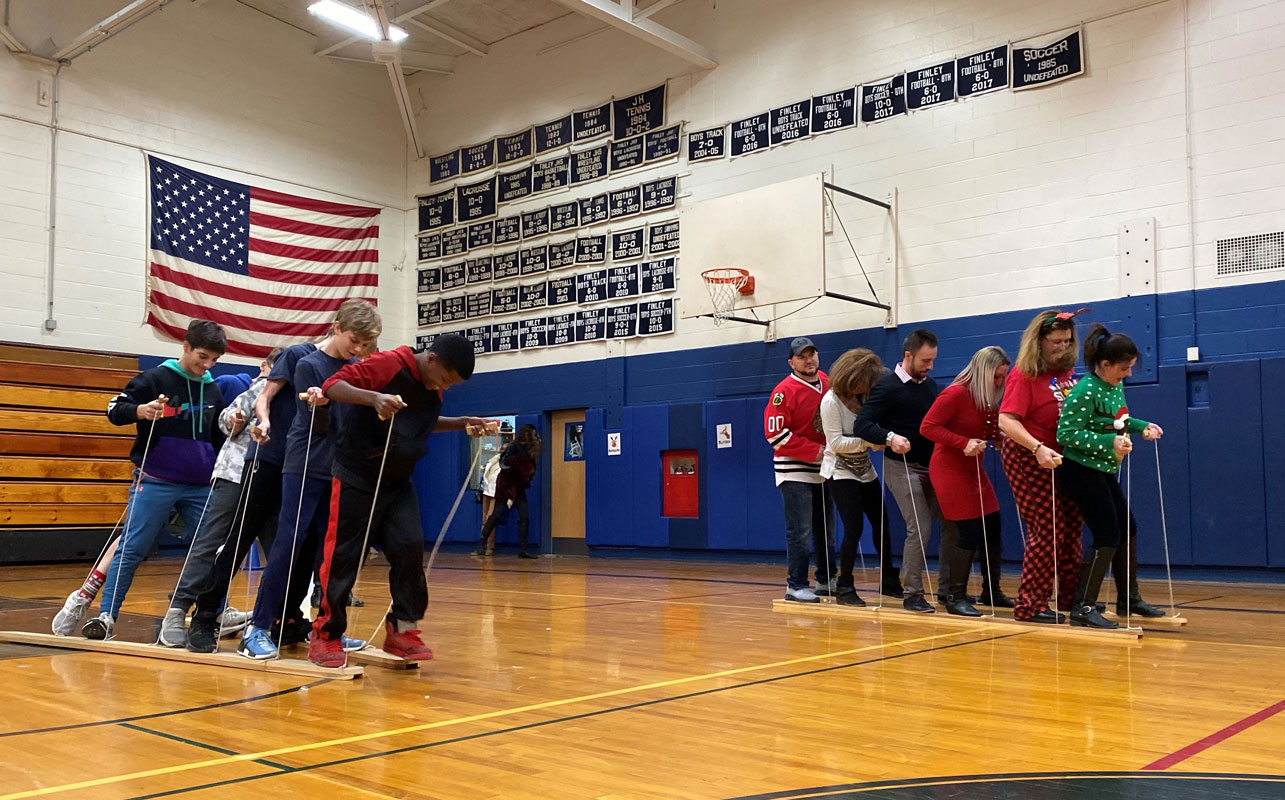 The Finley student council officers are a great group of young people.

The Finley student council officers are a great group of young people.