Regarded as one of the greatest love songs ever written, its lyrics were especially fitting for a show that raised money for Rachel’s Dance for a Cure, an organization launched in memory of Rachel Antorino, Huntington English teacher Aimee Antorino’s 12 year old daughter who lost her battle with leukemia in 2018.

The Key Club committed all proceeds from the evening to Rachel’s Dance for the Cure, earmarking the funds for Stony Brook Children’s Hospital and those fighting for their lives.

It was difficult to not get emotional as Ms. Lanfranco tenderly sang:

Here in the dark

Feeling your heartbeat with mine

How could our love be so blind

We sailed on together

And here you are

So now I come to you

Believe what I say

So here I am

What your love means to me

“I had a great time performing and I’m really excited about winning,” Ms. Lanfranco said. “I chose this song because it’s one of my favorites. I have taken piano lessons for six years and my mom helped me with vocals. I wasn’t really nervous and I was super excited to perform and can't wait until next year. There were so many talented students in the show. I’m very happy to have been a part of it.”

Sophomore Ashley Genao solidified her status as a Huntington superstar with a simply gorgeous solo bilingual performance of Adele’s “Hello.” The teenager sang the song in Spanish and English, hitting the notes with remarkable strength and poise for the crowd of more than 1,000.

“I feel really good about my performance,” said Ms. Genao, who garnered second place in the competition. “I got to do a song that showcased my culture with a little bit of Spanish. Yes, I do get a little nervous, but the nerves quickly go away because I am doing something I love and have done it so many times.”

Third place went to the evening’s final act: Los Tres Amigos. Ryan Aguirre, Jorge Cisneros and Lily O’Heir put on a remarkably creative dance act that was downright ingenious and which actively engaged the audience, too. The three friends shined during the breathtaking performance that will long be remembered in the annals of K-Factor history.

“My partners and I are very happy with our performance,” Mr. Aguirre said. “Since we were the finale we really wanted to end the show off on a good note and we think we accomplished that. We had an amazing time dancing for a really good cause.”

Indeed, the three friends had fun on the big stage. “We think that it went well,” Ms. O’Heir said. “We were honored to be part of an event that means so much to everyone. It all started last year when Ryan Aguirre asked me and Jorge Cisneros if I would want to dance with them. At first, I was hesitant, but we had so much fun so we decided to do it again this year. We started gathering our songs in September and by December we had most of our dance prepared. We were so excited to be performing this year and I wouldn’t choose any other people to dance with!”

Last Friday night’s show featured more than two dozen acts in all, including hip performances by the high school’s Highsteppers competitive dance team and the Ready Step team and a great faculty skit that was a parody of “The Wizard of Oz,” only this time “home” was Huntington for Dorothy, played in costume and to perfection by English teacher Gina Colica. The great and powerful Oz was played by Principal Brenden Cusack, who emerged from behind the curtain to the delight of the crowd. The skit had good and bad witches, the Lion, Scarecrow and Tin Man, Munchkins and other characters.

Michael Schwendemann kept everyone on their toes as the event’s humorous master of ceremonies. The stage crew proved adept at handling sound, lighting and the need to rapidly change sets.

Key Club members worked for weeks coordinating the show, holding auditions, promoting the event and acquiring the items that were raffled off to raise funds. The top three acts received gift card prizes.

“This year’s K-Factor was incredible,” Key Club President Molly Kessler said. “The amount of people who came to support the fight to end pediatric cancer made the night extra special. All of the hard work really did pay off!”

As the crowd filed out of the auditorium the Key Club members and the group’s faculty advisors, Mrs. Colica and Mrs. Krycinski couldn’t help but feel a sense of pride in what proved to be an evening that won’t soon be forgotten. 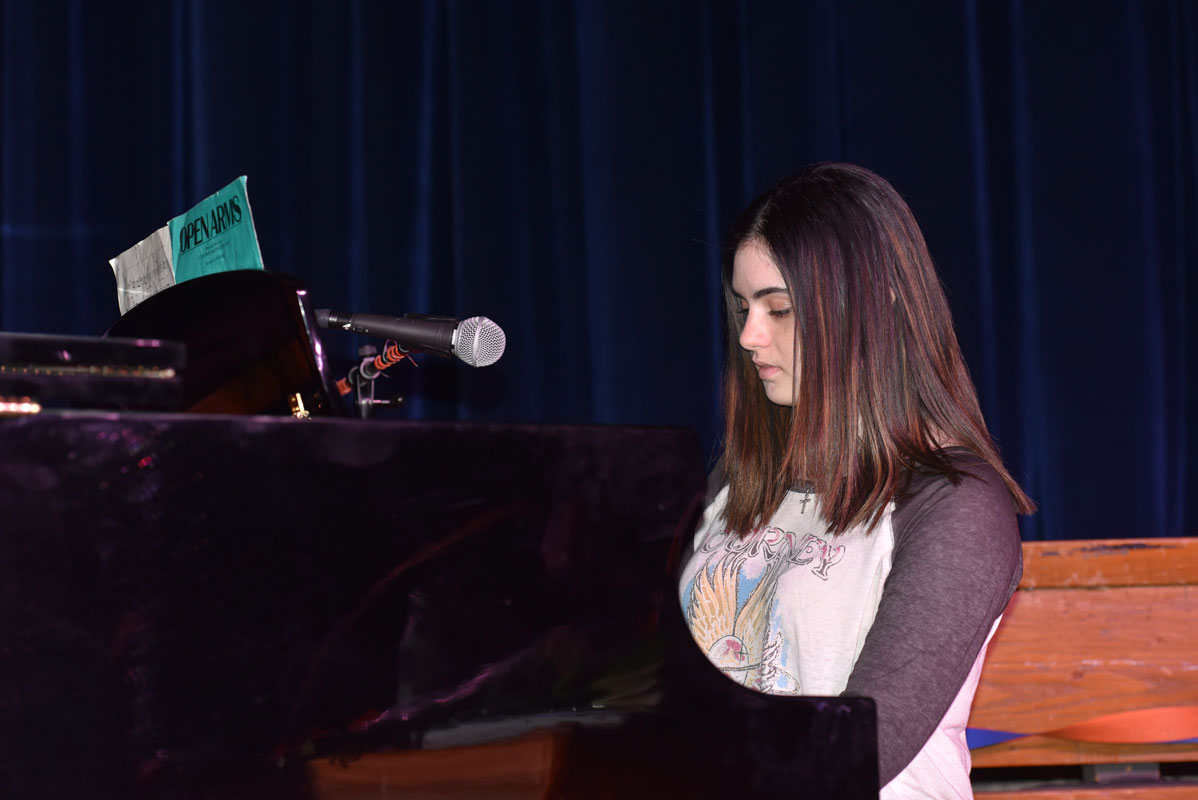 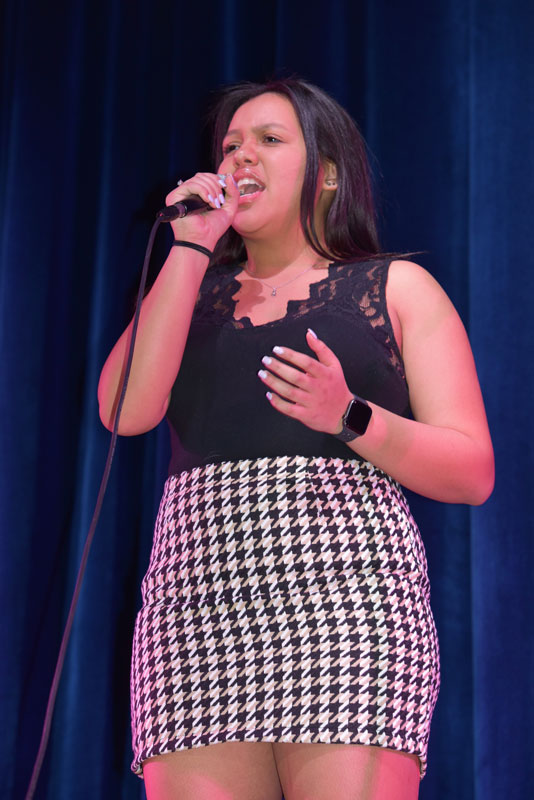 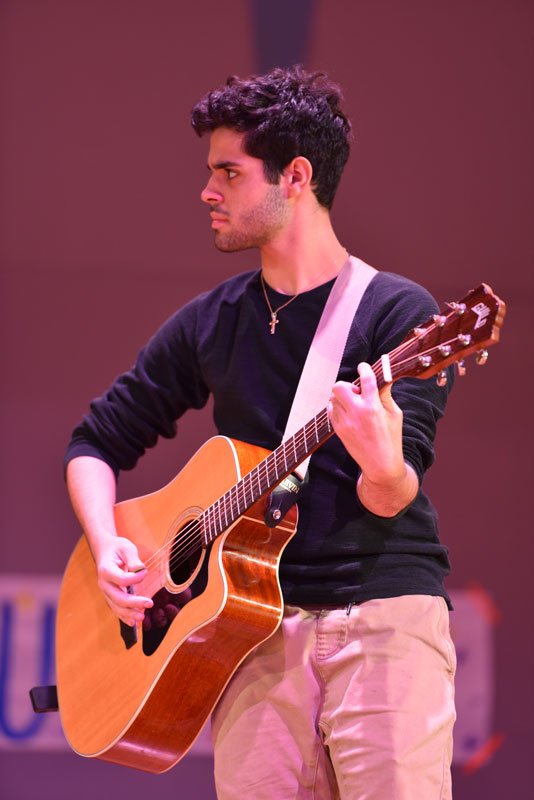 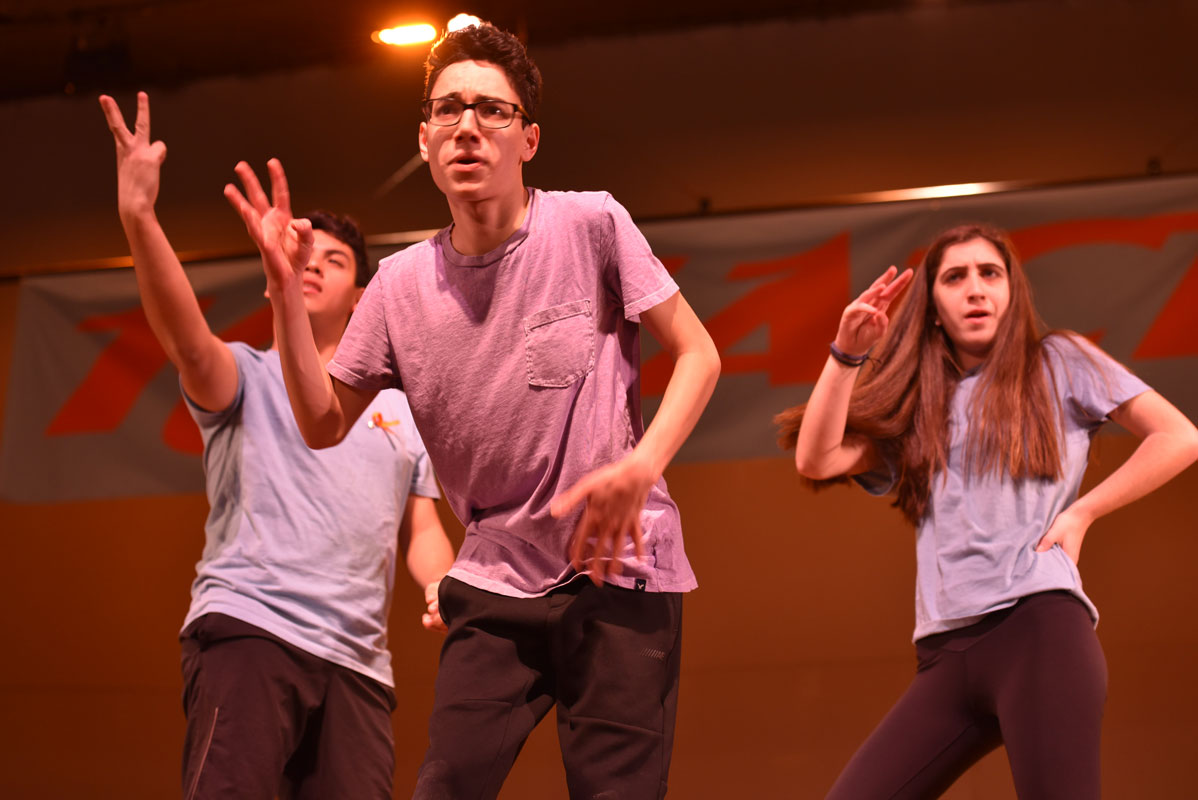