The J. Taylor Finley Middle School wrestling team compiled a 7-1 mark in a season shortened by two dual meets due to the COVID-19 pandemic.

Dozens of seventh and eighth graders turned out for this year’s team, which was coached by Christopher Taylor and Anthony Annunziata. Finley was known for a very aggressive style on the mat.

The squad practiced in the Finley gym for several weeks until mid-February when it moved into the Huntington High School wrestling room for the remainder of the season. Home meets were contested at Jack Abrams STEM Magnet School with the matches typically drawing large crowds.

Finley’s 7-1 record was very impressive for many reasons, including that five sensational eighth graders were promoted to the high school level last November and didn’t compete on the middle school team this past winter. Sam Nicotra, Dante Salgado, Christian St. John, Max Casiano and Teddy Leavy all got the call to go up to the JV/varsity level and all five shined.

“We learned a lot about wrestling and had fun practicing and competing,” said Taylor, the team’s first year head coach. “We had a great group of kids who were outstanding competitors.”

“It’s too bad the season was cut short,” said Annunziata, who thoroughly enjoyed his first year as the team’s assistant coach. “Everyone made such an improvement over the course of the season. There are some really talented wrestlers on the team who are going to make an impact on the high school level in the very near future.” 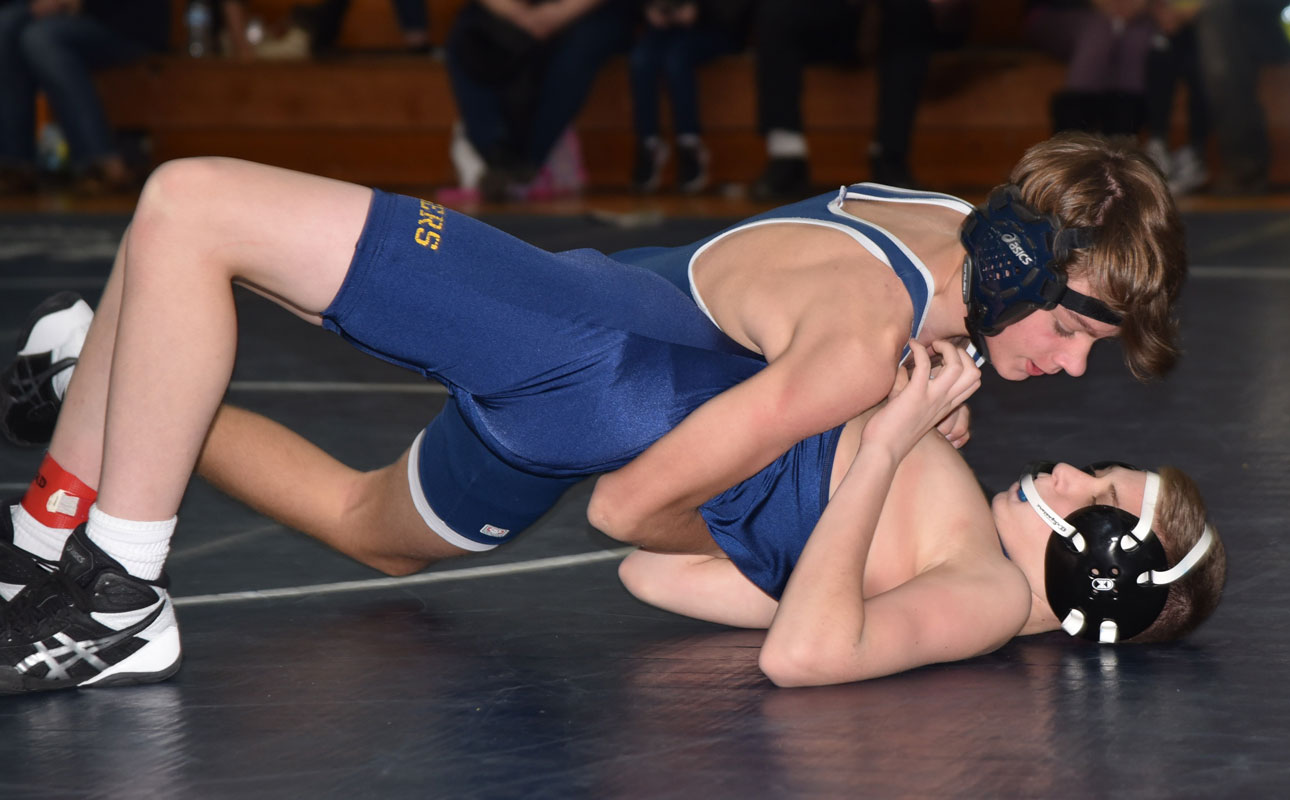 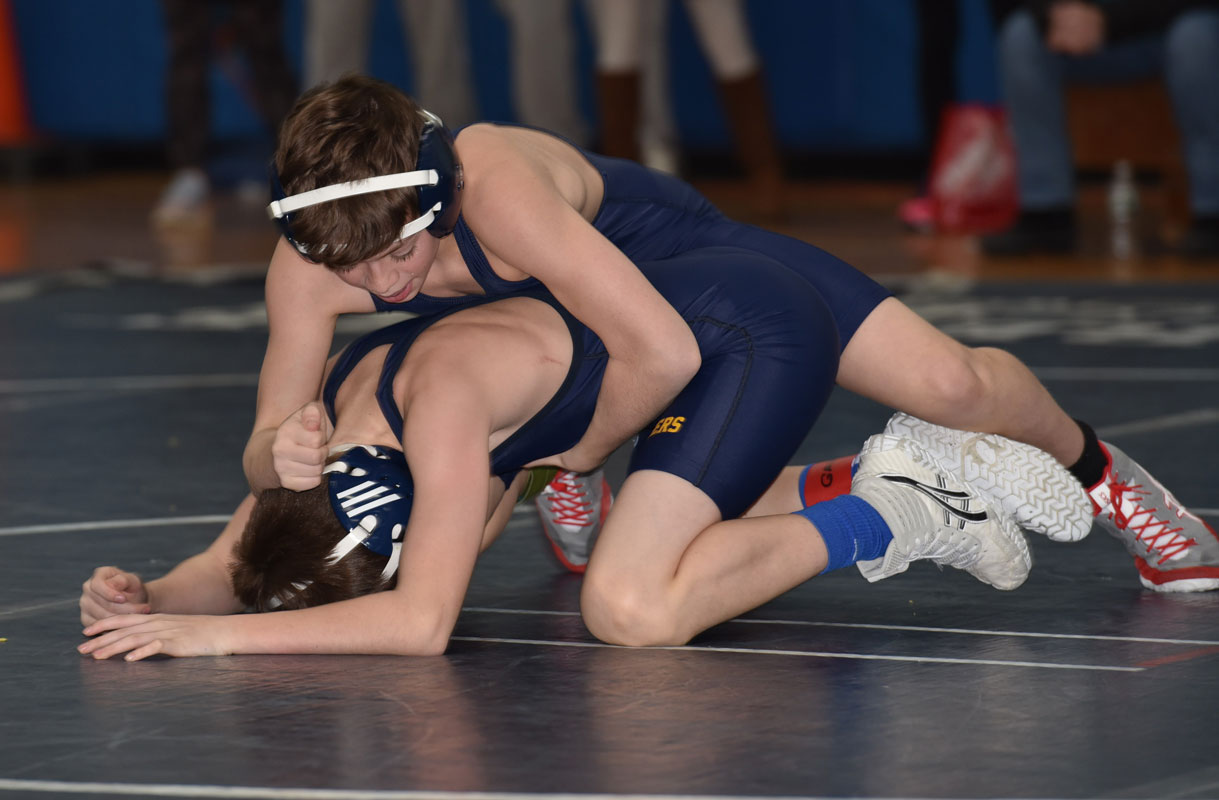 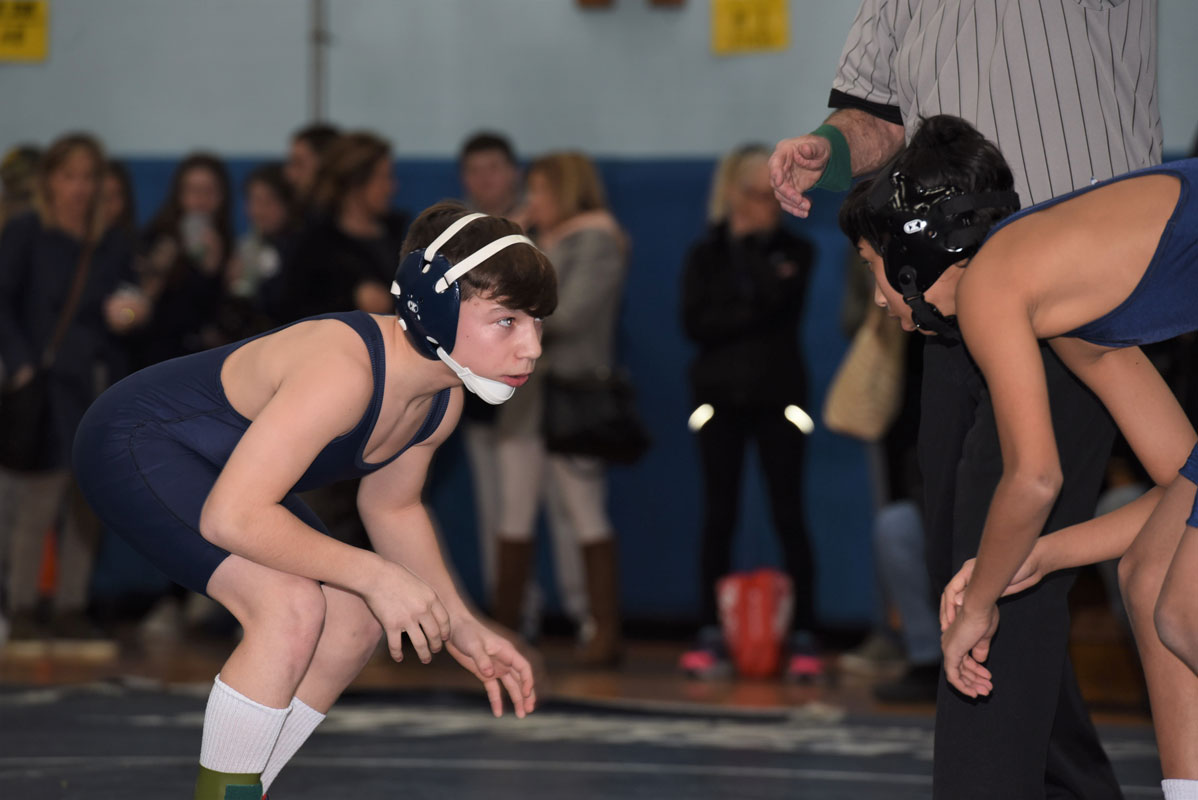 Jonathan Granito (left) turned in a spectacular season for Finley.

Jonathan Granito (left) turned in a spectacular season for Finley.