Michael Reed has found his niche and it really comes as no surprise. The Huntington High School senior is a musician through and through. He loves it so much that he wants to make his life’s work sharing it with others. His journey is already well underway, but he plans to shift into high gear next fall after deciding to attend the University of Connecticut.

“There were many reasons why I chose to attend UConn,” Mr. Reed said. “I will be pursuing a career in music and education. They have an excellent program for this as well as an outstanding trumpet professor and a degree path that will allow me to get my master’s degree in only five years.”

Mr. Reed can play a variety of instruments and play them all very well. As a Blue Devil marching band drum major this past year he proved that he’s a leader, too. The teenager can usually be found in the music wing of the high school. He just loves being around the sweet sounds of music and the musicians who make it.

“My time at Huntington High School has a done a fantastic job at preparing me for college,” Mr. Reed said. “Through a combination of the Advanced Placement classes I have taken and the phenomenal teachers I’ve had, I feel like I am ready for anything that college is going to throw at me.”

The teenager said his favorite high school classes have been Music Theory I and II. “These two courses helped me discover my love for music and prepared me well for what I will be studying in college,” Mr. Reed said.

The senior is one of the Class of 2020’s shining stars. Mr. Reed’s talents are so exceptional that everyone respects him. Teachers and classmates alike both believe a career as a music teacher is a perfect fit for the teenager.

“My favorite activity during my four years at the high school is hands-down being in the marching band,” Mr. Reed said. “More than anything else, my time in the marching band has made me into the person I am today and has had the most weight in my decision to pursue music.”

The senior’s advice to incoming freshmen? “Try something new,” Mr. Reed said. “You never know where it could take you and how it will positively impact your life.”

Mr. Reed has benefitted from his close relationship with high school music teacher and Blue Devil marching band director Brian Stellato. “He’s been my biggest mentor during my time in Huntington,” the teenager said. “Through being a member of the marching band and playing in the ensembles he conducts, I have always been able to rely on him for support and advice. This was only furthered by an internship I had with him this past year. Thank you Mr. Stellato!”

The senior took his time deciding where he would attend college. He visited many campuses and eventually narrowed down the possibilities to a short list. Mr. Reed has been given an impressive scholarship to attend the University of Connecticut.

“What makes Huntington special is how unified we are as a school and a community,” Mr. Reed said. “I’ve been all over the island to other school districts during high school and I can say undoubtedly that Huntington has more pride and passion than anywhere else. This is something that I will miss very much when I go away to college, but I’m sure my fond memories of this district will keep me coming back for years to come.” 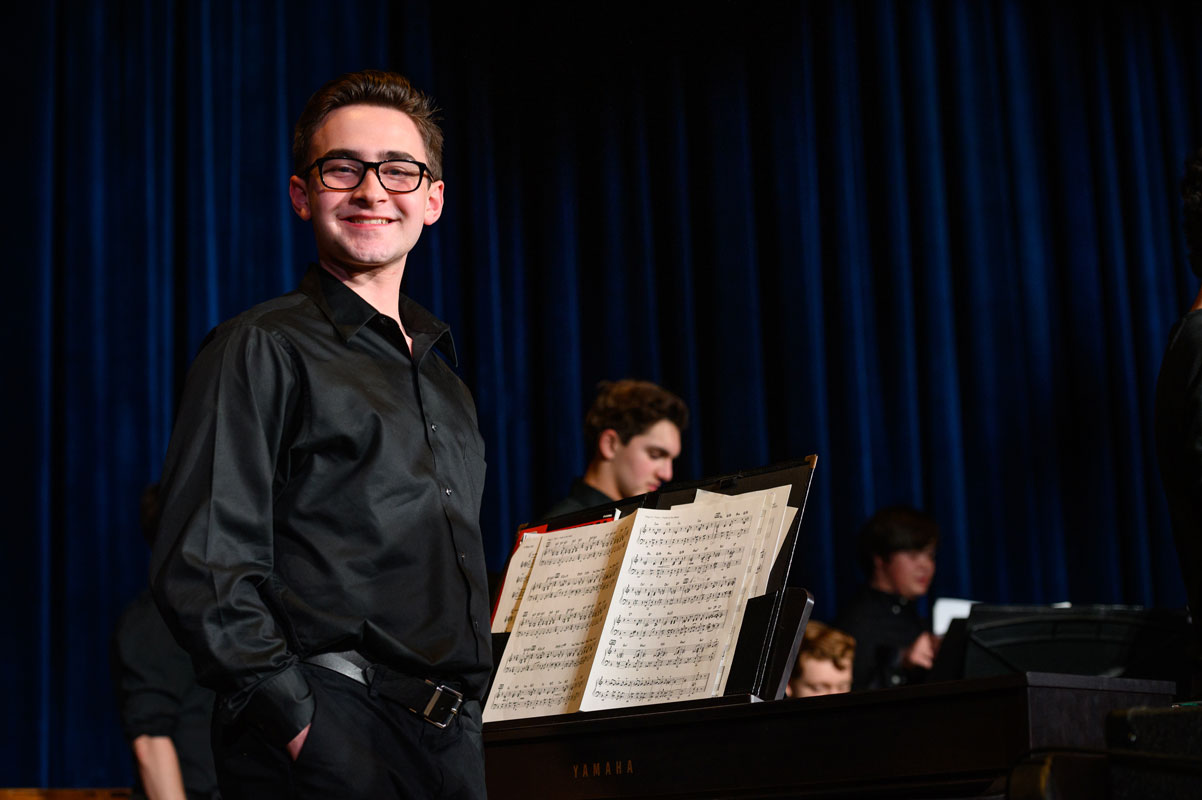