The Huntington High School athletic program is one of the oldest in the state with some teams tracing their history to the 19th century. Soccer isn’t one of them.

A splendid Huntington athlete himself, Lange pitched a no-hitter as a junior for the Blue Devil baseball team. He graduated with the Class of 1946. His yearbook entry noted that he “likes music and plays a mean trumpet in the band – hates jealous people – going to make his mark in college.”

Lange went on to earn undergraduate and graduate degrees in health and physical education at Cortland State Teachers College, which is today known as SUNY College at Cortland. After serving a stint in the US Army during the Korean War from 1951 to 1953, he was hired to teach in Huntington UFSD effective February 1, 1954.

As a brand new program, there weren’t particularly high expectations for the Blue Devil varsity boys’ soccer team when it took the field for the first time ever in September 1961.

“Entering the season with no experience, the Devil soccer team just wanted to win a few games,” according to the 1962 edition of The Huntingtonian, the high school yearbook. “To the surprise of everyone, however, they won nine, lost three and tied one to take second place in League A-1 competition.”

In its first game ever, Huntington notched a tie with Northport, 4-4. The Blue Devils dropped their second game to West Islip, 4-2. The program’s first win came in a rematch with Northport as Huntington goalie Jeff Smith recorded the first shutout in the school’s soccer history.

That first season saw the Blue Devils outscore their league rivals by a 60-25 margin in 12 games. (The 1-0 victory over Lloyd Harbor/Cold Spring Harbor was a non-league game.)

Lange stayed on as coach through 1973, compiling a career mark of 130-55-16 over 13 seasons. He also coached varsity boys’ tennis and JV baseball, taught driver education and served as a class advisor. He taught on the high school and junior high school levels and retired on June 30, 1986.

The Huntington defense closes in on the ball in 1961. 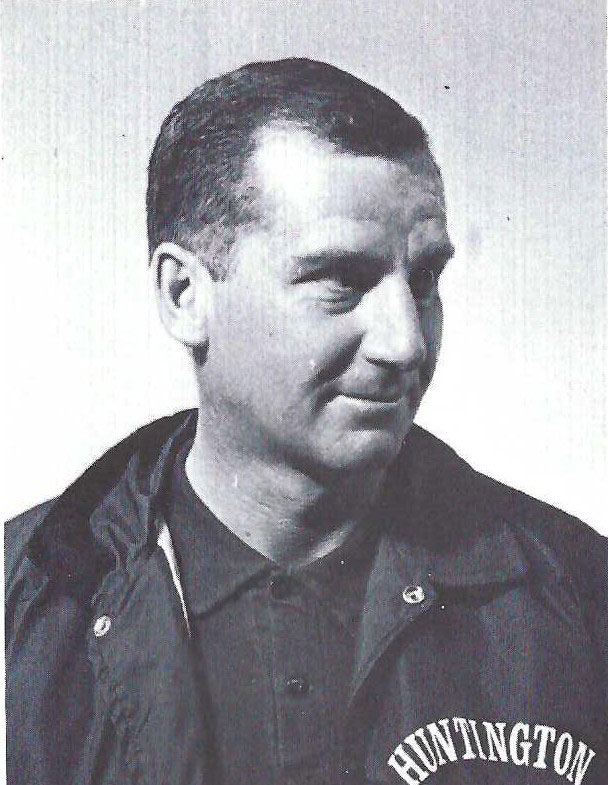 Wade Lange was the founding head coach of the Huntington boys' soccer program in 1961.

The Huntington defense closes in on the ball in 1961.

Wade Lange was the founding head coach of the Huntington boys' soccer program in 1961.