Bill Class came to Huntington High School in 1929 and over the next 34 years established a standard of excellence that continues to this day in the Blue Devil athletic program.

Coach Class retired almost 60 years ago and passed away in August 1984, but he will always be remembered in the community for his work with Huntington’s teenagers. 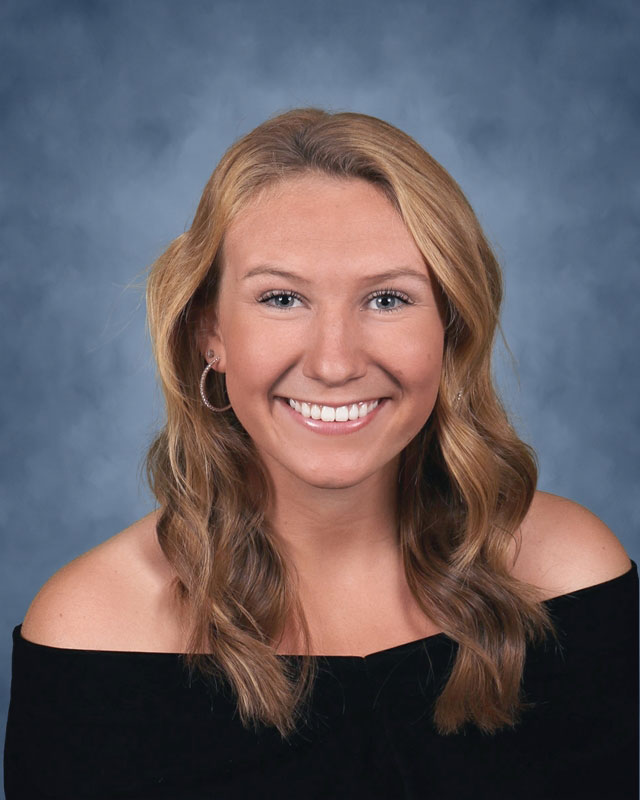 A $1,000 scholarship in Coach Class’ honor was presented to Class of 2020 member Holly Wright during the virtual Blue Devil senior athletic awards ceremony. The teenager is headed to SUNY College at Cortland in the fall. She plans to study for a career as a teacher while playing on the college’s women’s lacrosse team.

“Winning the William Class Memorial Scholarship Award means so much to me,” Ms. Wright said. “As I sat with my family watching the virtual presentation and I heard my name, I was so proud and honored to receive this award. It meant even more to me because William Class was my grandpa’s football coach in high school!”

The Class scholarship is awarded annually to a college bound male or female athlete who has participated in multiple varsity sports, demonstrated outstanding athletic achievement, character, leadership and sportsmanship qualities both in the playing arena and the classroom.

A member of Huntington’s National Honor Society and Art Honor Society chapters, Ms. Wright starred on the Blue Devil field hockey, basketball and lacrosse teams. An award winning artist, she was named a Distinguished Senior for her superb academic record.

“I absolutely loved playing three sports at Huntington during all four years of high school,” Ms. Wright said. “Some of my favorite memories happened on the turf and in the gym. I love the feeling of being a part of something bigger than just yourself. The feeling of being surrounded by teammates and friends who love and support one another. That is what sports have given to me. I believe in pumping my teammates up and letting them know how much I believe in them and us as a team. There is rarely a time when you don’t hear my voice on the field. Whether that be in a pre-game pep talk, half-time pump up or going up and down the field yelling ‘you’re good.’ I want my teammates to know they can achieve great things and that I will always be standing right there next to them.”

Coach Class was a giant in teaching and athletics. He developed a modern physical education program at a time when only a handful existed in the country and his teams won numerous county championships in football and baseball. He was convinced that every student should participate in athletics in order to experience a more well-rounded education and to help develop enhanced school and community spirit.

“It truly was a honor to win this scholarship,” Ms. Wright said.

Coach Class graduated from Cortland State Teachers College in 1927 and came to Huntington two years later. He coached football, basketball and baseball and started the wrestling program in 1937, coaching that team for two seasons. Serving as the athletic director, Mr. Class put together the framework for a modern sports program.

At a testimonial dinner held in his honor, high school Principal Robert Cushman said, “Coach Class never permitted himself to do less than his best, and he couldn’t tolerate slipshod habits among his boys. Another characteristic was to teach students to play the game and then let them use their own initiative and ingenuity. His methods of training were characterized by refinement, and he never used profanity.”

The scholarship includes attractive plaque along with the $1,000 stipend. A separate, permanent plaque hangs in the main athletic showcase in the lobby outside Louis D. Giani Gymnasium with the engraved names of all the William Class Memorial Scholarship Award recipients through the years. 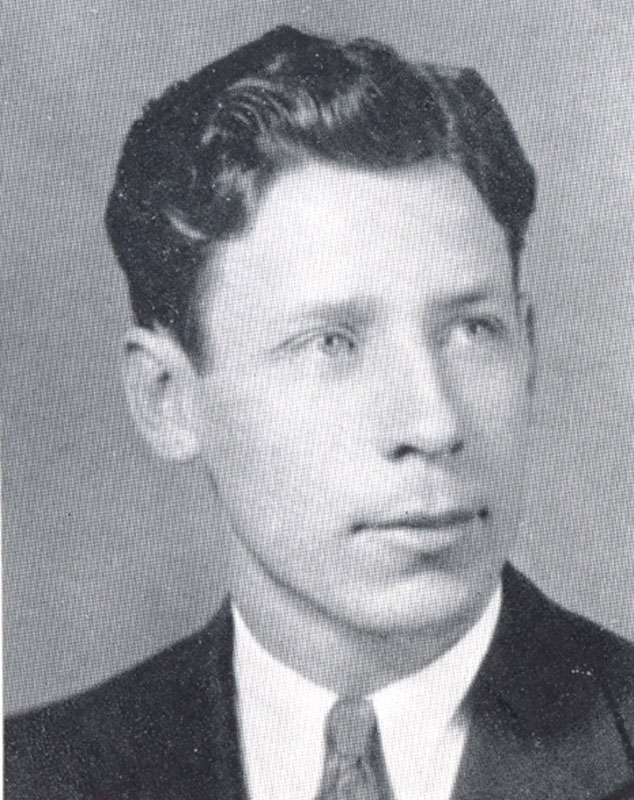 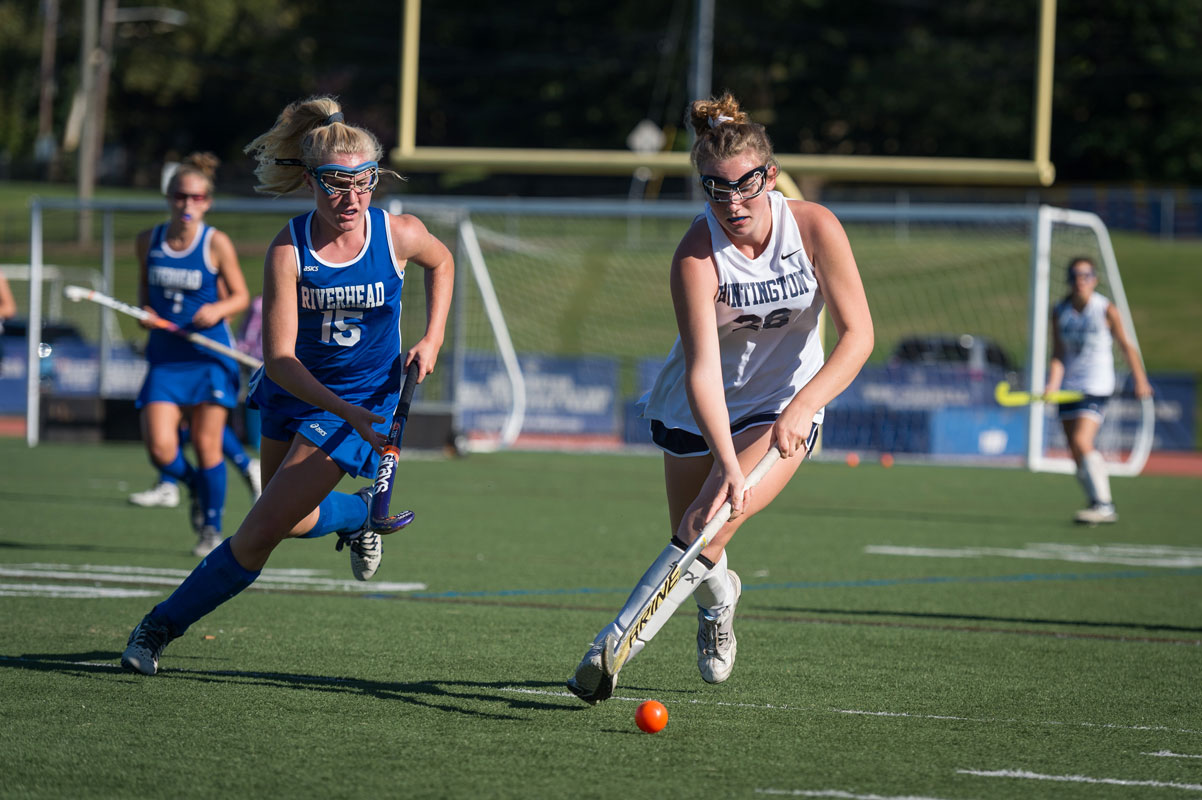 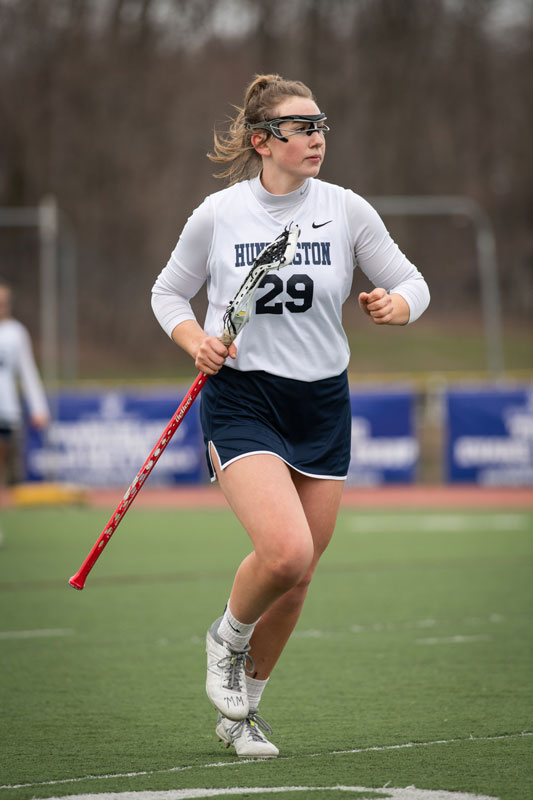 Holly Wright on the field for the Blue Devils. (Darin Reed photo.)

Holly Wright on the field for the Blue Devils. (Darin Reed photo.)