Andrew Knowles would surely have been respected and admired by Edna Van Wart, who worked as a Huntington High School mathematics teacher for 40 years.

Due to the COVID-19 pandemic, this year’s award was presented by Math Honor Society faculty advisor Monica Racz during the high school’s virtual academic awards ceremony. An online video of the entire awards ceremony is available for viewing on demand on the district website’s homepage.

Miss Van Wart graduated from Barnard College in 1919. She taught for three years prior to coming to Huntington and beginning her teaching career in the district in 1922. She was on the faculty for the next four decades before retiring in June 1962. She passed away November 20, 1980.

“We regret her retirement,” said Principal Robert A. Cushman in remarks republished on page 121 of the 1962 edition of the Huntingtonian. “Over the span of forty years, Miss Van Wart has taught skillfully and well thousands of Huntington students. Her warm friendliness, loyal devotion and superior work have inspired and helped generations of students and faculty. We give her our best wishes with the full appreciation in our hearts of the privilege of having known and worked with her. We honor a great teacher.”

Thomas S. Chieffo, one of Miss Van Wart’s most dedicated and loyal students and a member of Huntington’s Class of 1958 funded and presented the award for many years. When he passed away, his daughter decided to continue funding the award in memory of her dad and in recognition of his admiration for Miss Van Wart.

A member of the last class of seniors that graduated out of the old high school building on Main Street, Mr. Chieffo went on to earn a BS degree at Manhattan College. He retired as a chief engineer with Penick, a worldwide engineering company.

The teenager competed on Huntington’s Mathletes team and was an integral member of the robotics team. He said the keys to his success are “always staying on top of my work, putting in 100 percent effort and collaborating with my peers.” 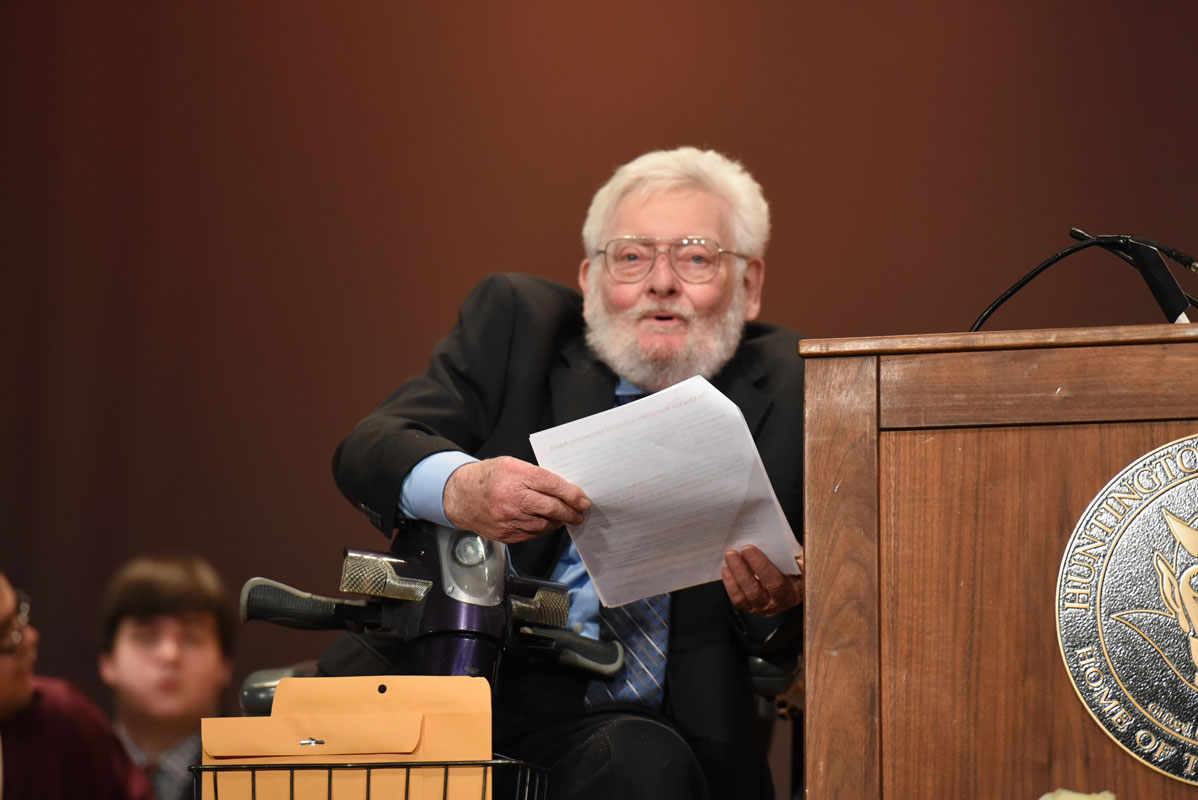