Huntington High School fencing coaches took the road to present this year’s awards to the team’s top graduating seniors. Ordinarily, the trophies would have been given out at the Blue Devil Senior Athletic Awards Banquet, but the COVID-19 pandemic prevented that event from being held in the school gym. Instead, there were a series of personalized individual ceremonies at each athlete’s home.

Huntington head coach Michelle O’Brien and assistant coach Burke Tomaselli paid visits to the homes of each of the top seniors. Wearing masks and following appropriate distancing guidelines, the coaching duo paid tribute to an outstanding group of young people. Assistant coach Vin O’Garra wasn’t able to make it in person, but he was there in spirit.

The Blue Devils appear well positioned to be much more competitive next winter and beyond. Almost the entire squad will be returning, including four of five fencers who garnered post-season honors.

The Blue Devils finished seventh in the Section XI championships this year, but the team expects to climb several slots higher in 2020/21. With so many experienced fencers coming back, it looks like Huntington is prepared to flex its muscles.

The Huntington boys’ fencing team closed out its season at the county championships with several Blue Devils battling their way to awards. The squad went from two wins last year to six this winter. Next year’s team will be a mix of youth and veteran fencers. 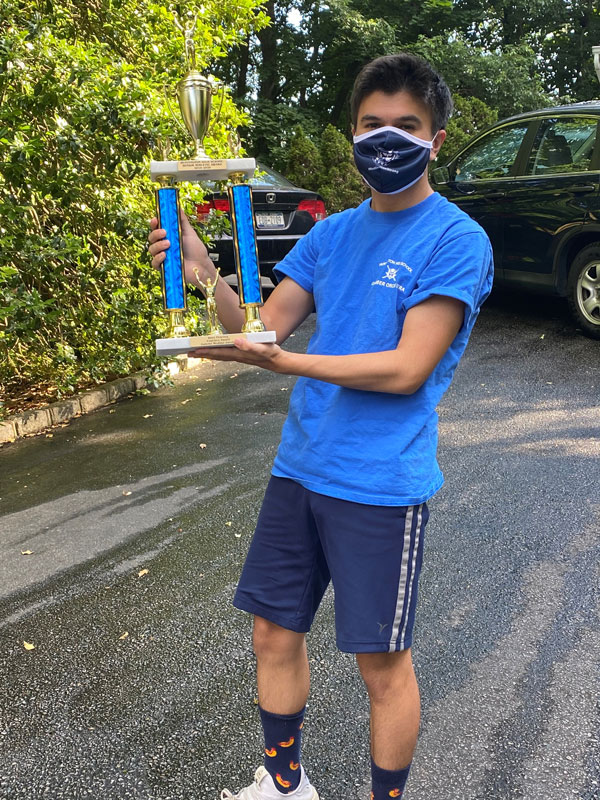 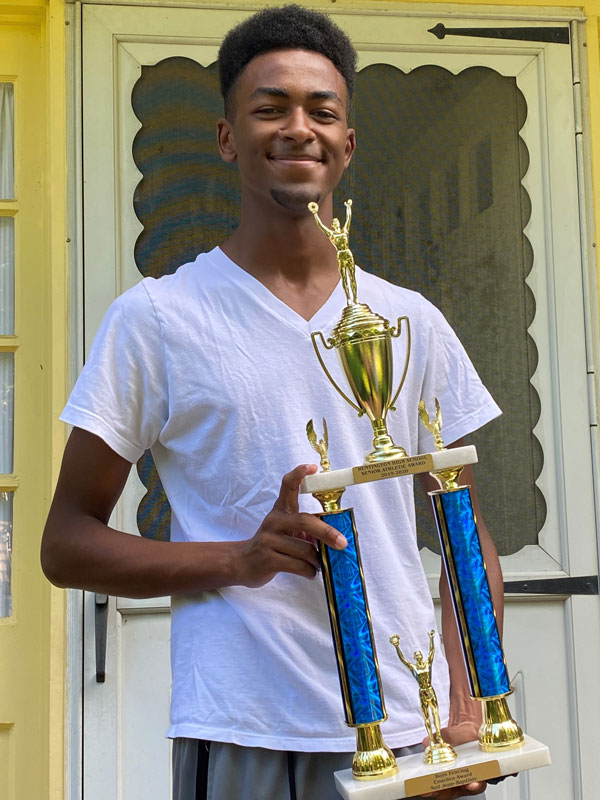 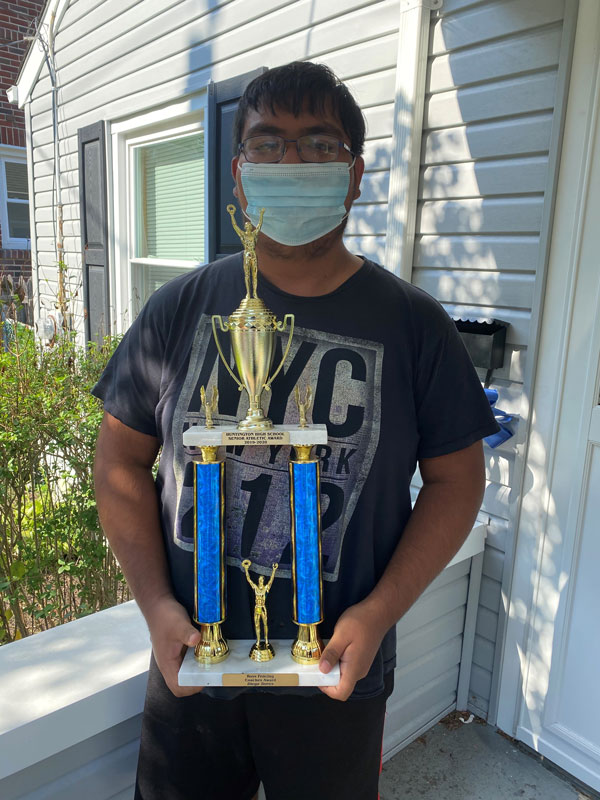