Principal Michelle Richard took to the airwaves early one recent morning to announce the latest round of award winners at Washington Primary School.

Dr. Richards announced the names of December’s Washington Ways Award recipient as well as January’s Featured Artists of the Month. The students were excited to be recognized and both groups posed for a series of commemorative photos.

The entire class of teachers Vicki Creighton and Jacklyn LeGodais was honored as the Blue Ticket Award recipient. 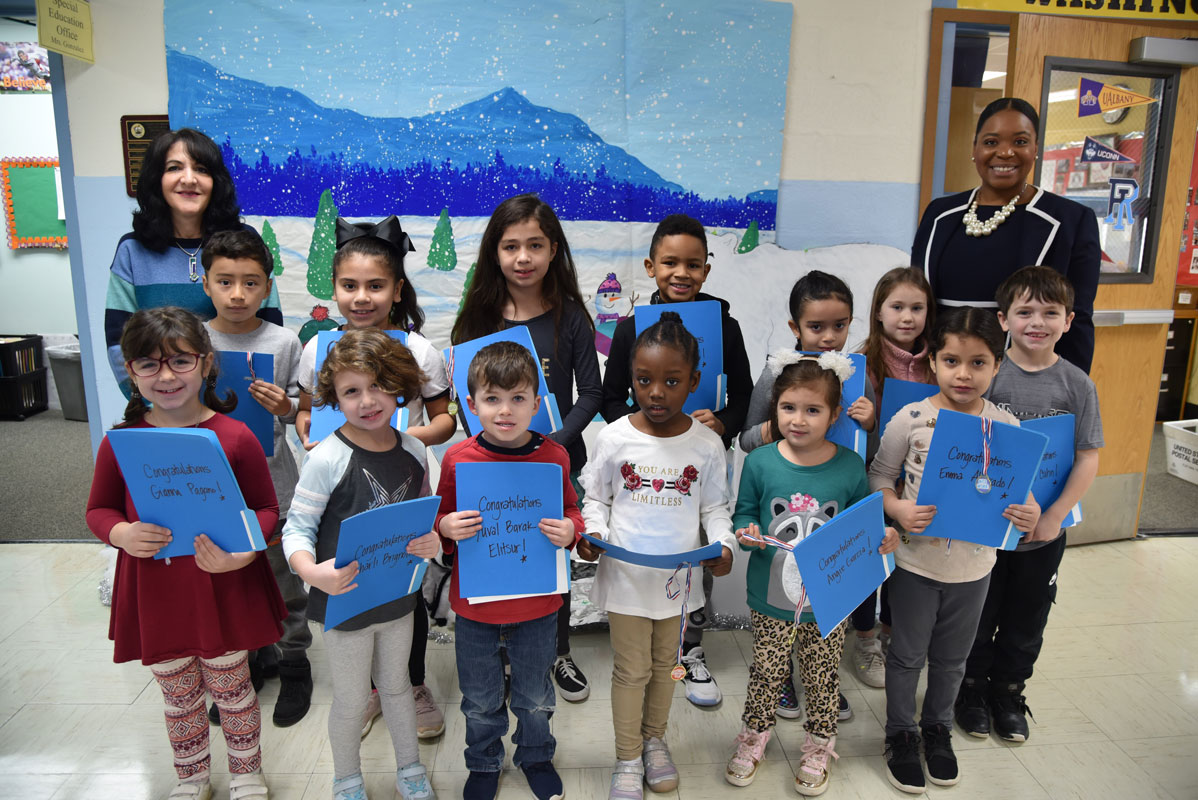 January’s Featured Artists of the Month include a very creative bunch. The youngsters are working with veteran art teacher Maria Mazzola, who has been impressed with their exceptional work. The top pieces are now on display in the main hallway opposite the cafeteria.

“We are so proud of all these award winners and all of our students here at Washington Primary School,” Dr. Richards said.