To be eligible for membership in the Society students must be enrolled in a math class higher than Algebra 2 (such as pre-Calculus, AP Calculus or AP Statistics) and have a minimum average of 85 in all high school math courses. 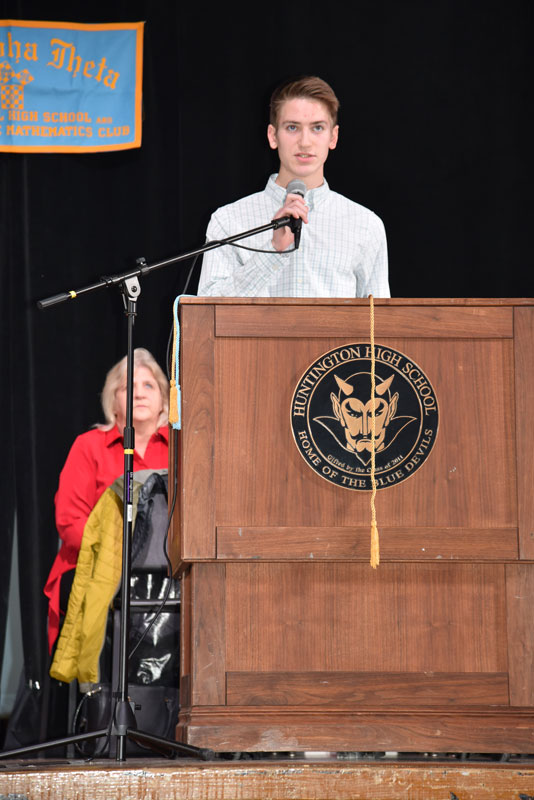 “Congratulations to a distinguished group, members of which have worked exceptionally hard in math and all other disciplines,” Superintendent James W. Polansky said. “They exemplify the fact that math is a subject that can be interesting and enjoyable for all!”

Huntington High School Class of 2017 remember Jacob Strieb, who is studying math at Carnegie Mellon University in Pittsburgh was the evening’s guest speaker. As captain of the high school’s robotics team as a senior, he helped lead Huntington to the world championships.

The ceremony was followed by a reception in the auditorium lobby for students, parents and other family members, who casually socialized with one another and posed for photos. 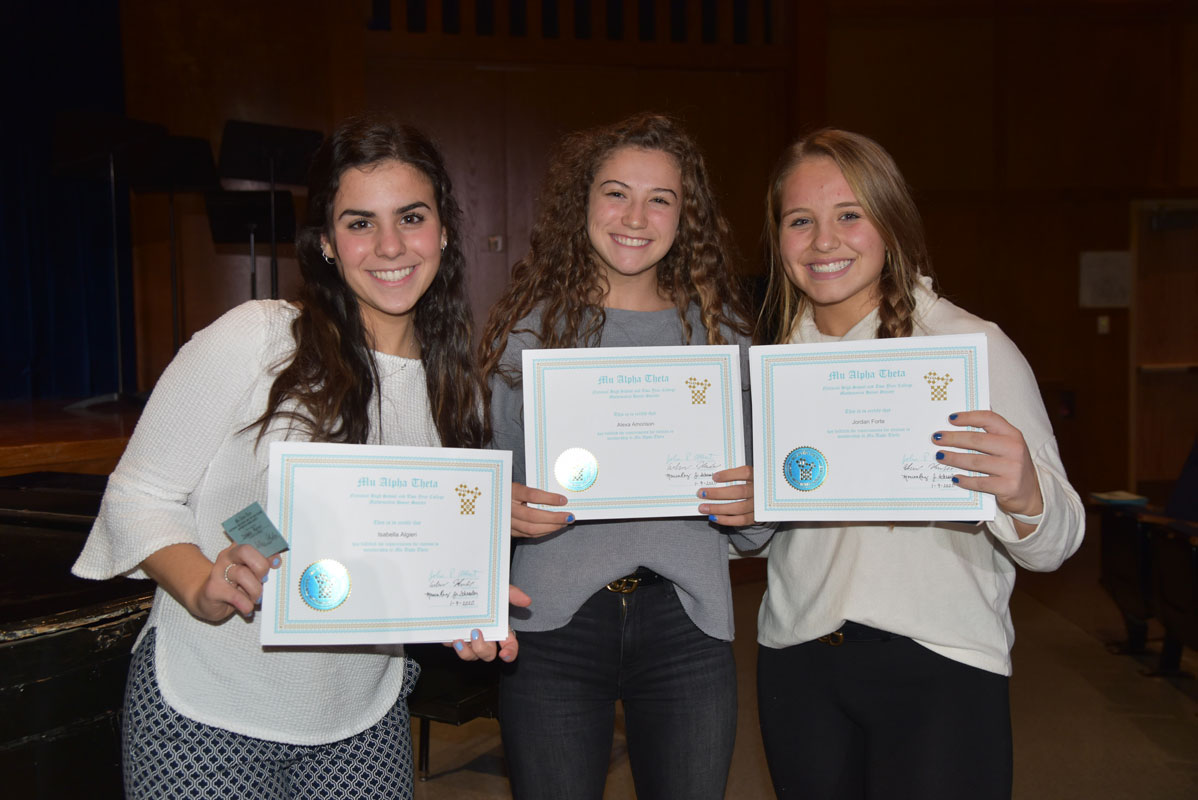 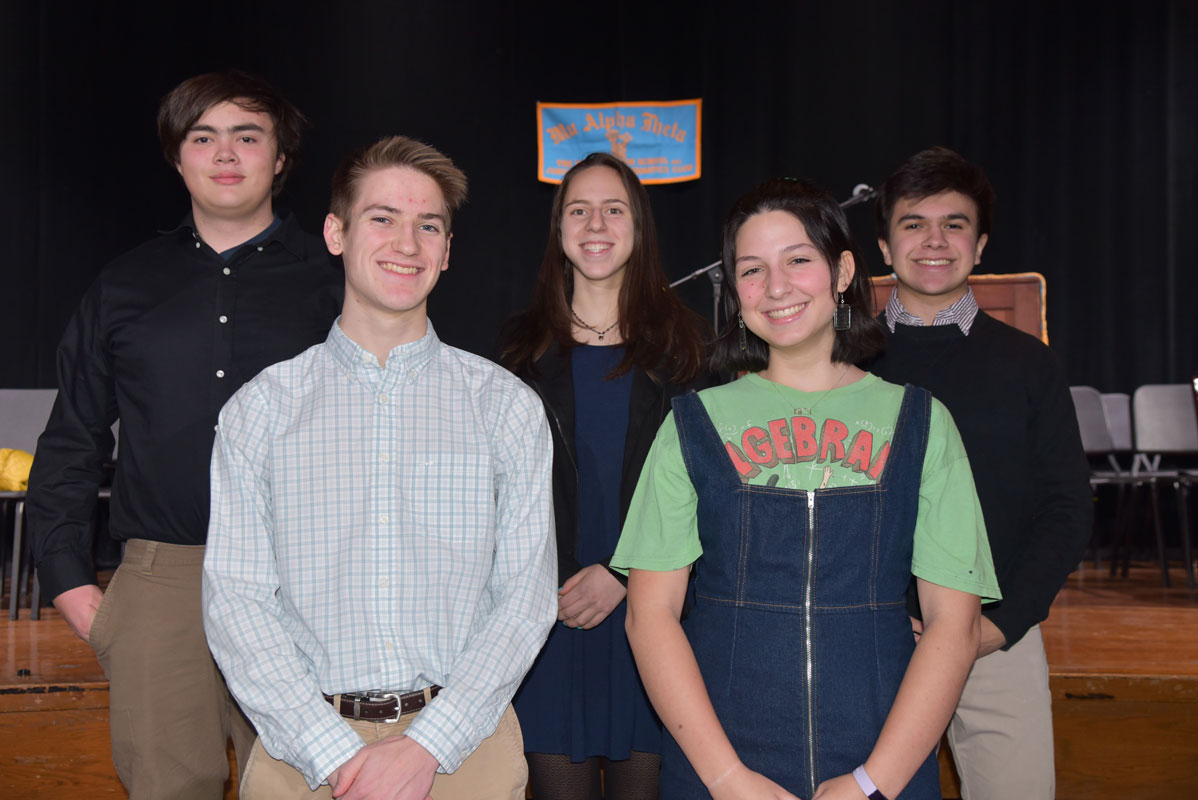 The Huntington Math Honor Society executive board is an exceptionally impressive group of young people.

The Huntington Math Honor Society executive board is an exceptionally impressive group of young people.