Flower Hill Primary School Principal Lucia Laguarda helped make it a truly “happy holiday” for the Huntington Foundation for Excellence in Education by facilitating a nearly $9,000 grant to fund a “math and movement” initiative supported by the organization.

Ms. Laguarda’s long association with the Los Angeles based not-for-profit Cotsen Foundation for the Art of Teaching helped secure an $8,980 grant written by the district’s elementary math teachers.

The Cotsen Foundation was created by Lloyd Cotsen, the former president, chief executive officer and chairman of the board of the Neutrogena Corp. He passed away at 88 in May 2017, but the Foundation’s work continues.

Formally titled “Math and Movement: Let’s Count to Excellence,” the grant seeks to pave the way for success in math by all Huntington students. “It is an active math program with multi-sensory, innovative and fun activities,” said Susan Lyons, the Huntington Foundation’s vice president for grants. “It is movement based, which also increases students’ physical fitness and is aligned with New York State Next Generation Learning Standards. The math mats, which have bright colors and large numbers, enhance the concepts of addition, subtraction, multiplication, fractions and more.”

Flower Hill’s principal since December 1, 2017, Ms. Laguarda obtained a BA in sociology with a minor in Spanish at the University of Massachusetts Amherst in May 1992. She also studied as an undergraduate at Universidad de Sevilla in Spain and went on to earn an MA in Education with a multicultural emphasis at California State University-Dominguez Hills in May 1996.

The Cotsen Foundation founded in 2001 by Lloyd Cotsen, a visionary, philanthropist, and gifted businessman who held dear the concept that his own successes in later life were initially impacted by the teachers he had growing up. “Mr. Cotsen decided to help more educators hone their magic, and develop into the kind of teacher who makes a real difference in the lives of students,” according to the organization.

Ms. Laguarda has been on the Cotsen Foundation’s board of directors for more than a decade. “Its whole philosophy is supporting good teachers so they can become great teachers,” she said. “The work that the Cotsen Foundation does with teachers is like nothing else out there. The level of support, professional development and coaching that teachers receive really changes their whole way of teaching.”

Huntington math teachers believe that students are sure to benefit from the grant for many years to come.

“Ms. Laguarda knows first-hand the impact that the Cotsen Foundation has made for many students in districts across the nation,” Mrs. Lyons said. “HFEE could not be more grateful that she stepped forward to support the teachers in the district through this grant. This is something we can all be proud of as our students continue to grow and be nurtured under the leadership of our teachers and administrators alike.” 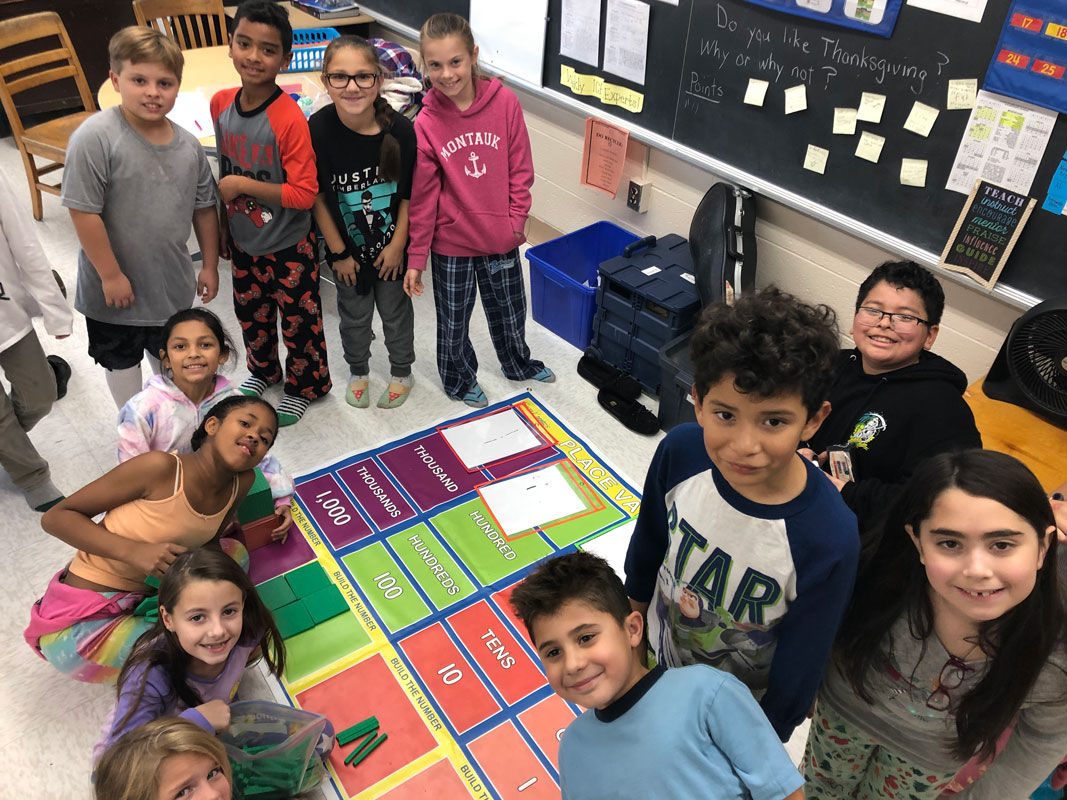 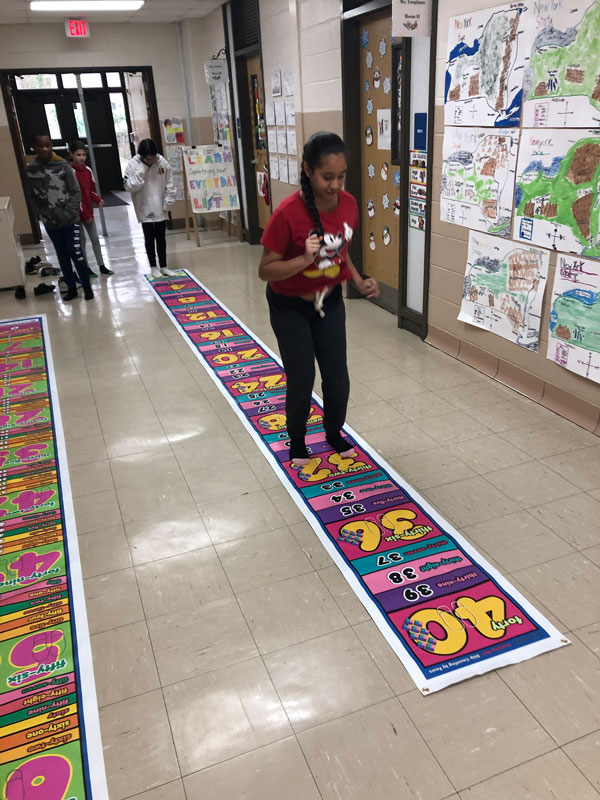