Senior Day is always an emotional time for Huntington athletes and so it was as the Blue Devil boys’ basketball team celebrated the careers and contributions of seven special teenagers who have worn their uniforms with pride. 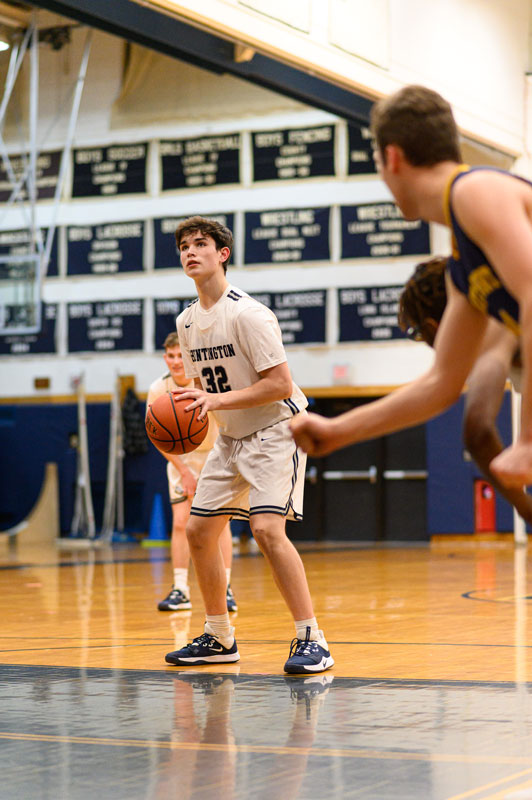 First year Huntington head coach Jordan Ioviero was the master of ceremonies, introducing each of the players and speaking about what each has brought to the program. Each of the seniors presented their respective mother with a small bouquet of flowers.

Speaking directly to the parents, Ioviero said that members of the coaching “all agree that it has been an honor and a privilege to coach your boys this year. You have all raised fine young men. Our goal was the ‘earn respect.’ We play in a very competitive league and looking back, we competed in nearly every game this year. While the scores might not have reflected a winning season, we have taken steps in the right direction. We showed great character by pushing through the tough losses while continuing to rebuild and make progress toward becoming a contender. When I look back at this year, I will remember this group of seniors for their hustle and heart that they put on display all season long.”

In a classy display, the visiting Northport High School team remained on its bench alongside its coaches for the entirety of the ceremony and applauded the Huntington seniors as they were announced.

Ioviero spoke in personal terms about each of the seniors and what they have meant to the program and also announced the colleges they are interested in attending and their academic major interests.

The coach said that Colato will be especially missed for his on court and off court contributions. “Lex is our leader and has leadership skills that are unmatched by most high school athletes,” Ioviero told the crowd. “Lex played the majority of the season with a knee injury, but didn’t let that stop him from being the fiercest competitor on the court.”

As he prepares for life as a college freshman, Colato is aware that he is going to miss his time in a Blue Devil uniform. “Basketball has been wonderful these past years,” he said. “From bonding with teammates to playing in tough games, it’s been an overall amazing experience. It truly has been such an honor to wear Huntington across my chest and to represent the Blue Devils. I can’t wait to see the program continuing to grow and thrive.”

The seniors posed together for a photo and then gathered again with the parents for a large group photo. Banners with their names and numbers were hung on the wall under the north side basket.

“Playing basketball for Huntington these last couple of years has really been some of the best times of my life,” Erek said. “Our number one goal this year was not only to get better each day, but to also earn respect. We worked hard every single day, not only as a team, but as a family. I wouldn’t have gotten to where I am today if it weren’t for my great teammates and coaching staff. Representing Huntington has been a dream come true.”

Once the ceremony wrapped up, Huntington sophomore Ashley Genao performed an unforgettable rendition of the Star Spangled Banner. She handled the song’s notoriously different notes with ease, hitting the high notes like a professional. The remarkable performance wasn’t lost on the crowd, which gave the teenager a standing ovation.

Genao plays on the JV girls’ basketball team, which was at Northport for an away game. But she had her mother drive her back to Huntington so she could perform the song. She did it for her cousin, Lex Colato, who she loves with all her heart. 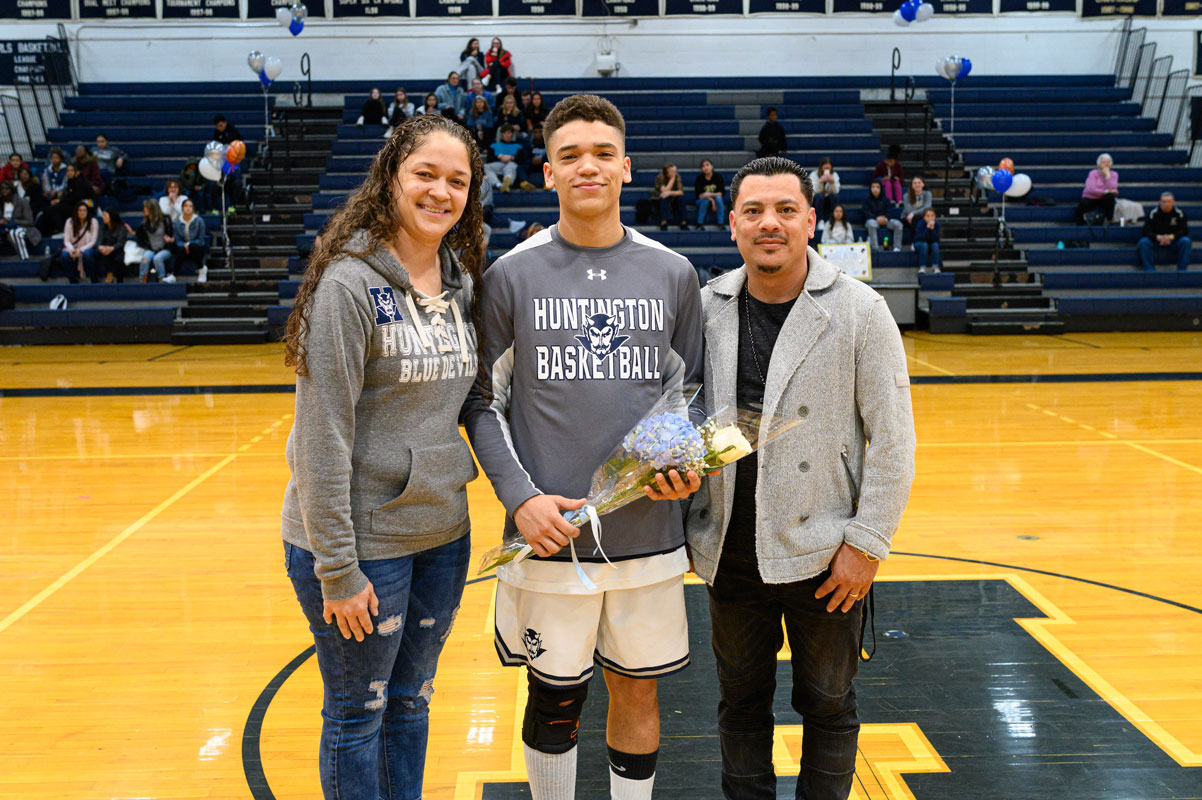 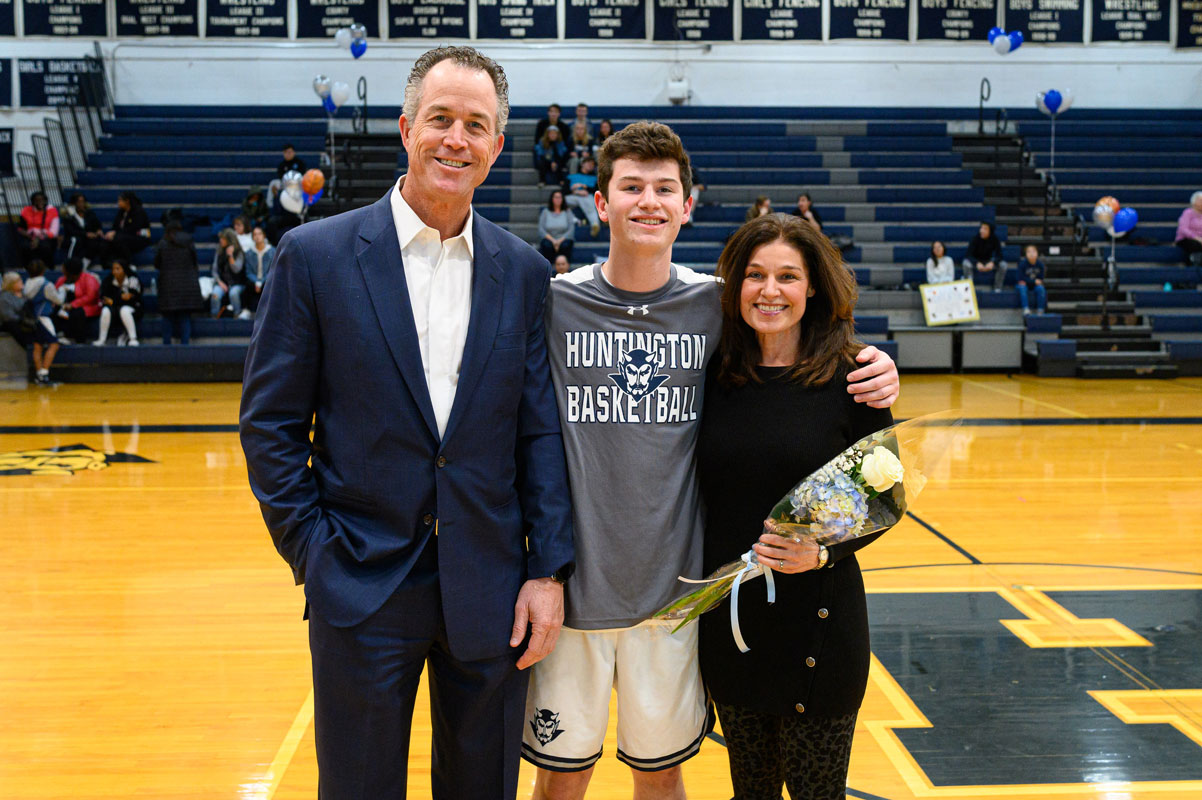 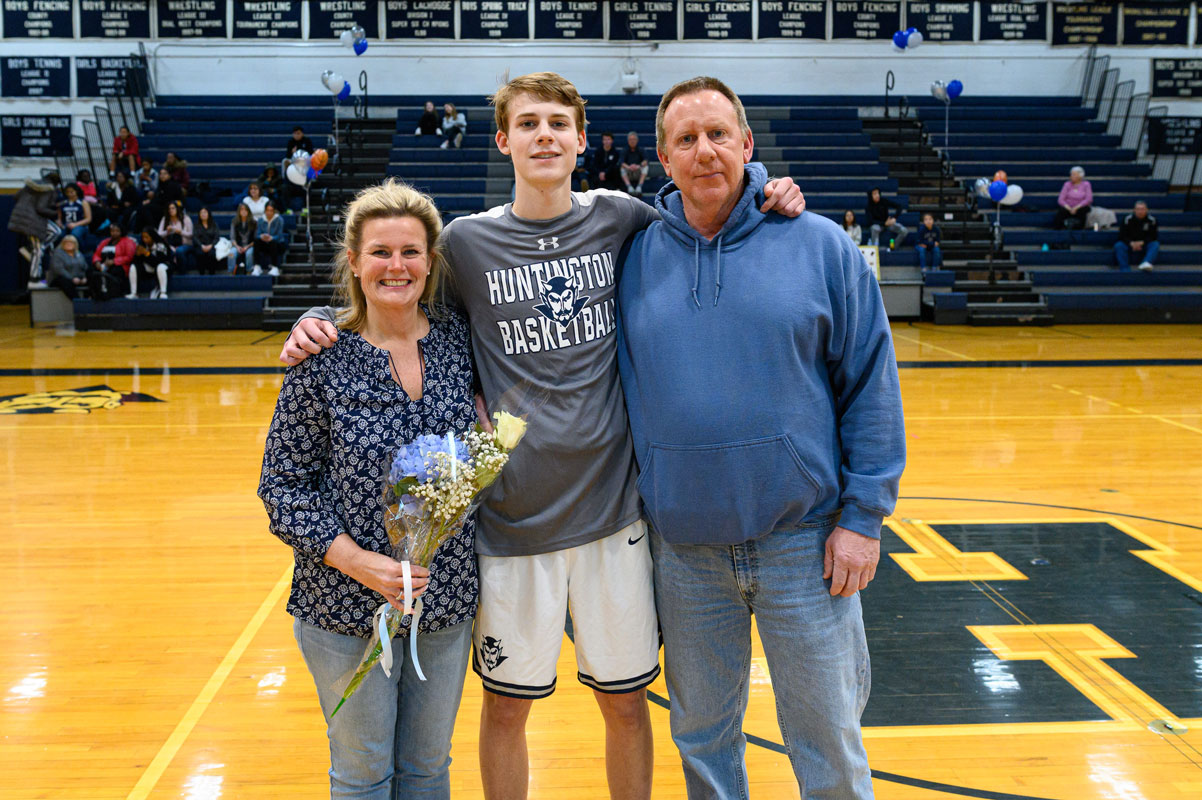