Patrick Langton is headed to one of the biggest colleges in the country. The Huntington High School Class of 2020 member plans to study mechanical engineering in the honors program.

“I chose Ohio State because they have world class Formula SAE racing team, which has a similar dynamic to robotics, which has been my passion throughout high school,” Mr. Langton said. 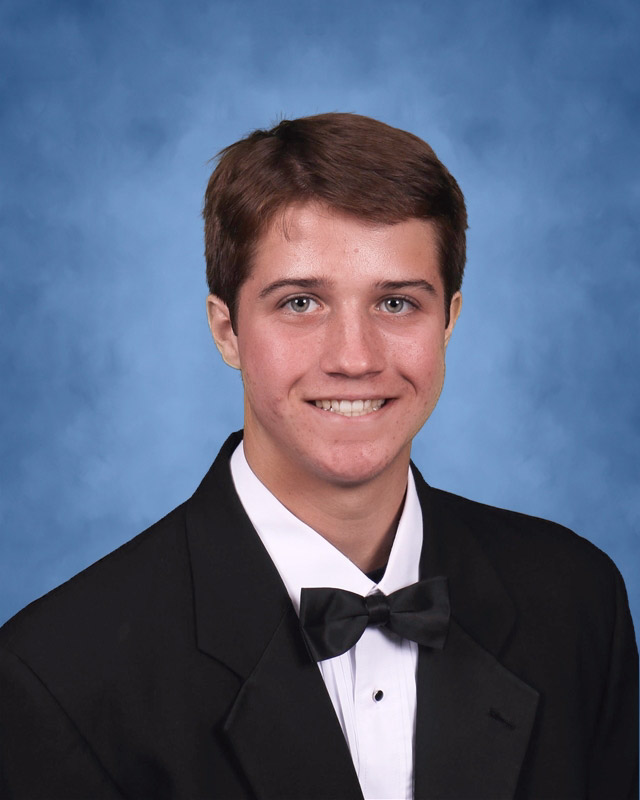 The teenager is excited to be attending Ohio State. “Each year they build a race car from scratch and race against other universities around the world,” Mr. Langton said. He enjoys that type of challenge.

The new Huntington alum said the most valuable high school class that he completed was Algebra 2. “I was able to gain a solid foundation in math, which has helped me in all other science and math classes,” Mr. Langton said.

The teenager has been a mainstay of the Huntington Robotics program throughout high school and it’s been his favorite activity. “During the six week build season it is like nothing else matters,” Mr. Langton said. “It was a perfect creative outlet and I’m thankful I was able to be a part of it.”

Mr. Langton said his work ethic and dedication has been the key to his success. Playing on the Blue Devil football team, participating in the robotics program and making new friends have all been enjoyable and rewarding experiences.

“Mr. [Brian] Reynolds has been a great mentor,” said Mr. Langton about the high school technology teacher and robotics faculty advisor. “He always sees the best in people and tries to bring that out in the shop. He wouldn’t let anyone start something without finishing. And I could never get away with having a project be ‘good enough.’ It just wasn’t going to cut it.”

The teenager has been ingenious during his time in Huntington. Mr. Langton is especially proud of designing and manufacturing a dodgeball launcher. He will bring that same level of creativity to Ohio State as he begins his studies on the Big Ten school’s massive campus.