They were all set to have their best season ever, but the Huntington High School seniors on the Blue Devil varsity softball team saw everything come to a screeching halt after only four practices.

The COVID-19 pandemic stopped the season in its tracks. After going on indefinite hiatus, Section XI cancelled further play last week, regardless if schools reopen.

The dramatic turn of events left the senior softball players in shock at first and then saddened. They had been preparing for the season for months, training throughout the winter for what they expected would be a good year.

The veteran senior group includes Jeslyn Alfaro, Megan Byrnes, Alexandra Gerbavsits, Daniela Ramos, Isabella Toscano, Daniela Weihskopf and Anna Wickey. Some are relatively new to the sport, but most have been playing since they were seventh graders at J. Taylor Finley Middle School.

Seniors Mia Felicetta, Natalya Ramirez and Thanary Sanchez came out for the team for the first time ever this spring and were enjoying the early practices and looking forward to the season.

“Playing softball for Huntington has been such an amazing experience,” said Wickey, who has been the team’s star for many years. “This sport along with the program definitely helped me mature as both a player and a person, having started playing varsity in seventh grade. I’m going to miss this sport so much, but I will never forget the memories as well as the great people I’ve met because of it.”

The Huntington softball program has struggled to win games for several seasons, but the seniors endured and pressed on through it all and had a good time anyway.

“My experience in softball was memorable,” Alfaro said. “When I first joined the team I felt welcomed and it didn’t feel like a team, but a family. Even though I joined the team last year, I’ve felt like I’ve known them forever. Being in softball not only strengthened my mindset, but also values. I am grateful for all the memories I made with them and I’m grateful for the coaches and teammates that helped me along the way.”

This year’s staff was comprised of longtime head coach John Walsh and assistant Jim Byrnes. Todd Jamison returned to the staff to coach the rejuvenated junior varsity team after many years away from the sport.

“I have been honored to be part of this program for the past six years,” said Gerbavsits, the team’s sturdy catcher. “Although we struggled to win, we always had fun and worked hard together. I was really looking forward to my final season. I’m going to miss being behind the plate.”

After struggling to field enough players to fill out the varsity and JV teams the past few years, there was a late burst of interest in the program with the largest turnout in recent memory.

“Softball has been meaningful to me because it has given me the opportunity to have fun and play ball with some really great people,” said Meg Byrnes, who has played several infield positions and even pitched. “As a team and over the years we have had our ups and downs, but we’ve always managed to pick each other up and work together. I’ve really enjoyed playing for Coach Walsh, he’s a great coach who is also really funny, too. Softball has also given me the chance to be coached by my dad and I would have really loved to have had the opportunity to play out my final season at Huntington High School with him.”

All of the seniors are excited about graduating in June and heading off to college, but also sad that their time playing for the Blue Devils is ending.

“Playing for Huntington softball has been a pleasure and an honor,” said Toscano, who has excelled for the Blue Devils. “Putting on that jersey every game to represent my school has been amazing. The friendships and bonds I have made will last a lifetime. Thank you Huntington Athletics.”

The Blue Devil softball program has become a proverbial melting pot with student-athletes from a variety of backgrounds and cultures all coming together to try and win games and have fun alongside one another.

“First of all, being involved with the softball team was a very nice experience for me and one that I will never forget,” Weihskopf said. “This lovely experience has helped me improve my English. It can be said that joining the team was my method to work on my English and lose the shyness of speaking it. Being a member of the team has helped me be a more engaged person and helped me establish a commitment to things and work to see the results that I am expecting. Even though I didn’t participate many games, I always liked to be there every afternoon for games and practices. I loved watching the stars of the team play. For me, it was a beautiful relief from the stress I had from school and the English language.”

Each of the seniors will walk away from the Blue Devils having gained something different from the experiences they have had on the team.

“For many, softball is a sport, but not for me,” said Ramos, who is also president of Huntington’s Class of 2020. “For me, softball was and always will be a friend; one of those friends who make you escape from the world. It was in 2018 when I first joined the Huntington softball team. It was a very valuable year for me. I stopped being afraid to relate to the school; we were all one team and although I was not a starter, being part of the team meant a lot to me. I made friends, who helped me grow mentally. I had two great teachers on this trail; Coaches Byrnes and Walsh. They taught me never to let the fear of being struck out take me out of the game. They gave me the best gift you can give a person: they believed in me.”

It will be hard saying goodbye to each other and it might have to be from a distance and not at the school. How that all plays out remains to be seen. But many of the players expect to remain good friends and stay in each other’s lives.

“From softball, I learned that obstacles prepare us for life’s most difficult challenges and that a minute wasted today is worth more than the time we will have tomorrow,” Ramos said. “Thank you to all of our fans (parents and friends) for your support at every game. And to next year’s team, I wish you the best of the best. Although everything is different in this softball season, what we already learned we will never forget. What hurts the most is that the world was left wanting to see us on the field winning, because this time we were going with everything. Thanks softball because you made me stronger!” 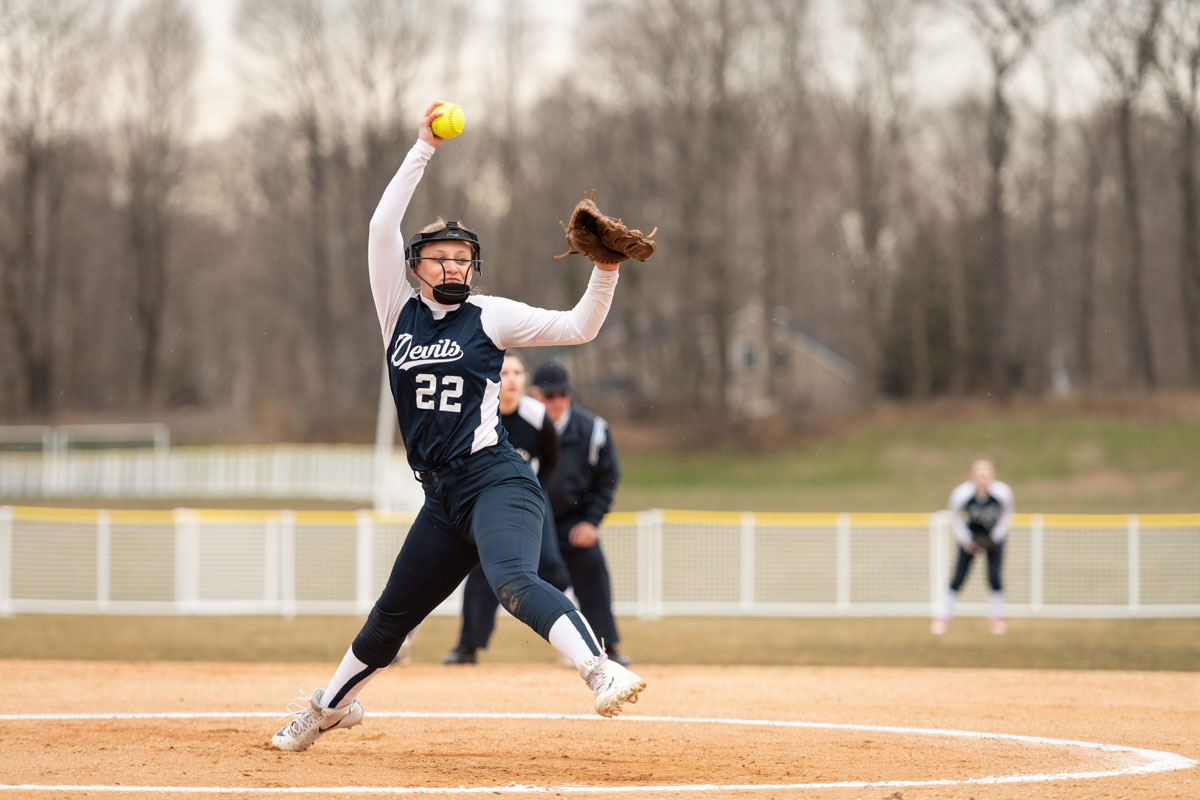 Meg Byrnes has been great at a variety of positions. (Darin Reed photo.) 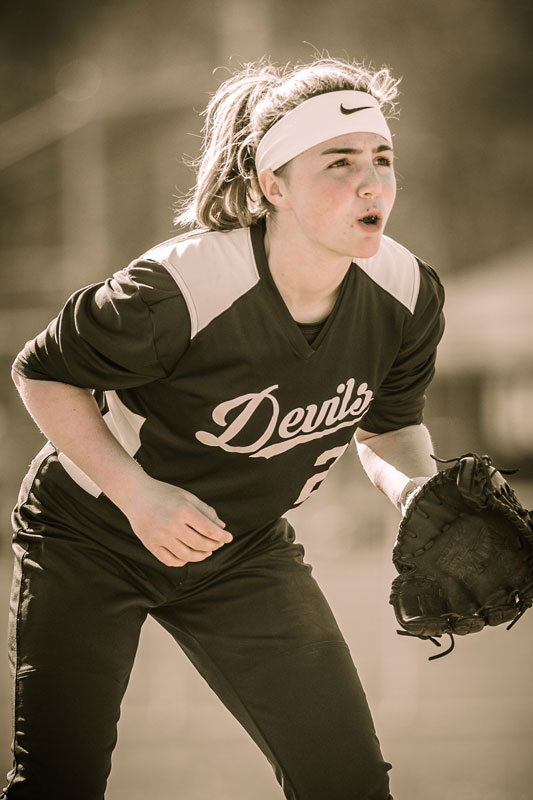 Izzy Toscano has been great at bat and in the field for Huntington. (Darin Reed photo) 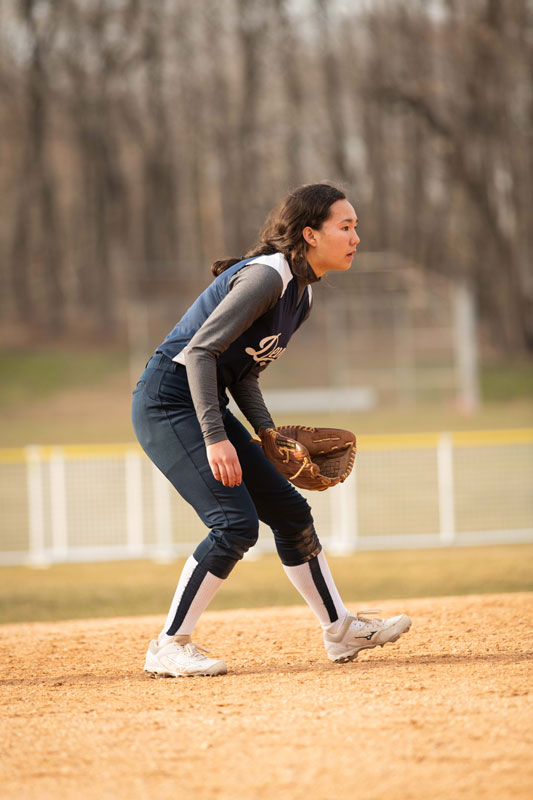 Anna Wickey has been a star for Huntington. (Darin Reed photo.)

Meg Byrnes has been great at a variety of positions. (Darin Reed photo.)

Izzy Toscano has been great at bat and in the field for Huntington. (Darin Reed photo)

Anna Wickey has been a star for Huntington. (Darin Reed photo.)