Annika Galvin is talented. Not only was the Huntington High School freshman among a select group of teenagers to be tapped to participate in this year’s Long Island’s Best Young Artists exhibit at the Heckscher Museum, but she even won an award.

“I don’t specifically remember how I got interested in art in the first place, but I was always drawing from my favorite cartoons when I was little,” Ms. Galvin said. “In the fourth or fifth grade I decided I wanted to get better, so every day I would come home from school and just practice drawing cartoons and characters for hours on end. I have about 25 sketchbooks filled up with different styles of cartoons and characters, built over six years or so.”

Drypoint is “an intaglio printmaking technique that creates sharp lines with fuzzy, velvety edges,” according to the Museum of Modern Art. “A diamond-pointed needle is used to incise lines directly into a bare metal printing plate, displacing ridges of metal that adhere to the edges of the incised lines. This displaced metal is called burr. Inking fills the incised lines and clings to the burr. Damp paper is placed on the plate and run through a press, picking up the ink from the incised lines and the burr, resulting in a characteristically fuzzy line.”

This year’s Long Island Best show saw nearly 400 exceptional works of art submitted by 58 Long Island high schools. Considering she is only a freshman, it’s a spectacular accomplishment by Ms. Galvin to have had her artwork accepted for the exhibit and to have won one of the top awards.

“In the seventh grade when art began getting more focused, art projects became focused around different mediums and such,” Ms. Galvin said. “I’m really a fan of the high schools’ art program and classes as there’s so much diversity in the amount of mediums you can work in.”

The teenager is doing well in school. She is a member of the drama club’s stage crew, helping to build and move sets. She even joined the Blue Devil track and field team with her sights being set on the throwing events.

“Mrs. [Dena] Mortell and Mrs. Singer were both really helpful when I started to get more into art classes,” said Ms. Galvin about the faculty members she has worked with at J. Taylor Finley Middle School and the high school. “Although the curriculum was more focused on more traditional mediums, they both encouraged me to keep up with my cartoon style and try to entwine it with the projects we were working on.”

The teenager works very hard to learn new techniques and sharpen her skills. Her creative juices are always flowing. “I’m currently in drawing and painting with Mrs. Singer,” Ms. Galvin said. “I’m taking the second course of it next year.”

“In the future I want to go on with a career in art, such as a professor at a university or something to do with ancient history,” Ms. Galvin said. “Even though I’m still a freshman, I’d love to go to McGill University in Montreal or Cornell University.”

Ms. Galvin used artist Ruthellen Pollan’s ink on paper drawing titled “Genesis” as inspiration for her own work. The result is stunning.

In “Genesis,” Ruthellen Pollan creates a dynamic, rhythmic landscape with intricate line work that references the biblical story in which God creates the Garden of Eden. I was intrigued by Pollen’s attention to detail and stylization of the landscape to form a surreal, mysterious setting. She inspired me to explore the concept of altering and stylizing nature to create a new narrative of the landscape.

In my work, I reference the old Swedish folktales that my mother would read to me. As a child, I believed that forests were truly magical places. Like Pollen, I used stylized lines to manipulate forms found in nature in hopes of achieving the mystical, magical qualities that I found in forests from my childhood. I chose to create a drypoint because I love the beautiful burrs formed by the incised lines that create that slightly fuzzy and intricate look. The effect of the printed lines contributes to the magical feeling that I hope to achieve in my artwork. 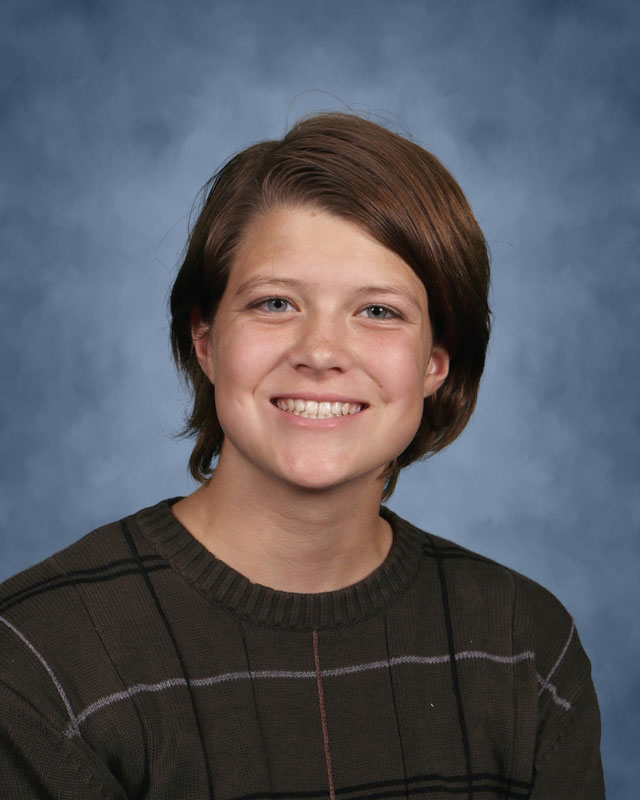 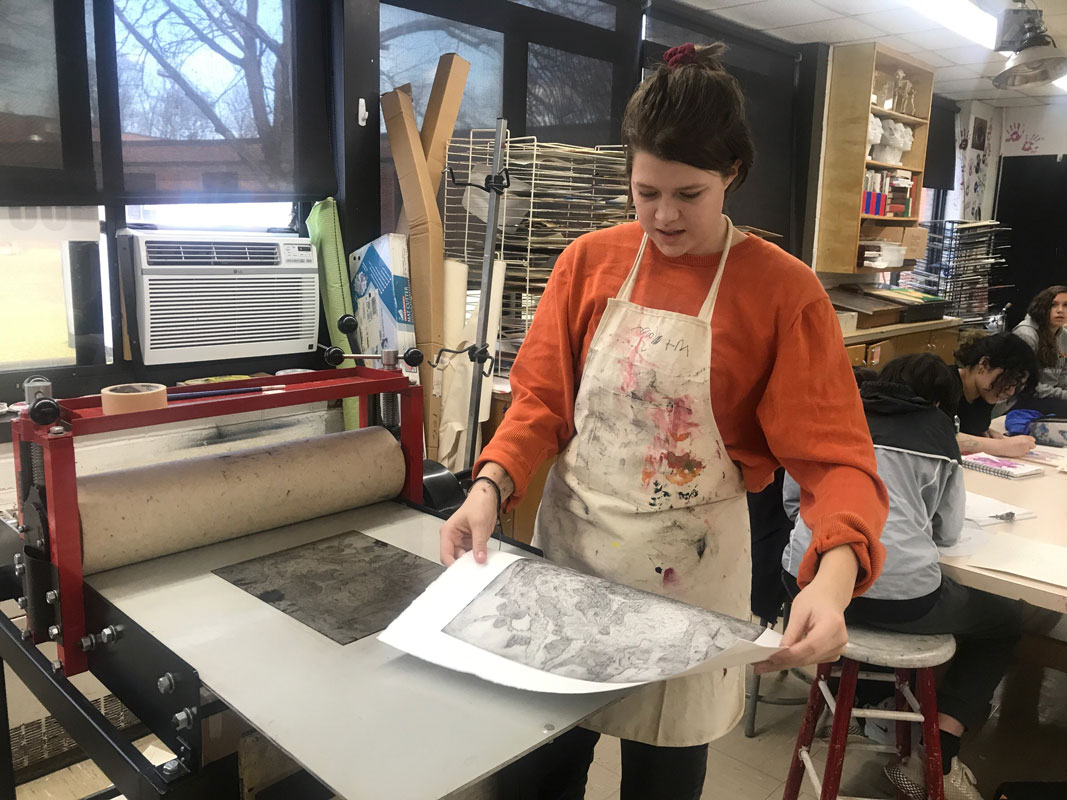