A team of three Huntington High School sophomores researched crusading journalist Nellie Bly and studied how she “shattered the glass ceiling one headline at a time.”

“Nellie Bly was an investigative journalist during the Industrial Revolution,” Mr. Maichin said. “She truly broke barriers as a female journalist during this time period when it was very uncommon for women to be in journalism. She was considered a woman doing a man’s work, but this did not stop her from exposing the truth about society one headline at a time.”

The research partners get along famously well and they knew they wanted to work together. The only decision they needed to make was the subject matter to pursue for their project.

“Our group did a lot of research to try and determine what our topic should be for this year,” Mr. Maichin said. “We wanted to base it off of someone who truly made an impact on society. We then came across Nellie Bly, a woman who went undercover for ten days at Blackwell’s Asylum in New York City, to uncover the mistreatment of its patients. Our whole group immediately took a liking to this topic. We then conducted further research on Bly, learning that her undercover exposé was not the only amazing thing she did. From exposing political corruption to reporting from the front lines of World War I, Bly refused to stand idly by without exploiting the truth. We conducted a lot of research for the project. We read many of Bly’s newspaper articles from the late 1800s and early 1900s, read her personal journals as well as listened to radio broadcasts, learning about her many accomplishments as well as her many undercover exposés.”

Developing the project itself was fun. “I have always been fascinated by individuals who have undertaken significant journeys for the greater good of society. Nellie Bly, one of the first investigative journalists in history did exactly that,” Ms. Geller said. “By putting herself in harm’s way to expose many societal issues during the Industrial Revolution, she became an advocate for women in the workforce and for those who didn’t have a voice. I immediately became enthralled with Nellie’s story and wanted to learn more about her, and that’s exactly what we did.”

All three research partners are excellent students in their own right and each of the teenagers is respected by the high school’s faculty. They deliberated on various topics before making a final decision.

“My team and I, after lots of research and debating, finally settled on Nellie Bly because she was a rare topic that not many people knew about,” Ms. Browne said. “This topic also fit the theme of ‘breaking barriers’ perfectly. My team and I met on various occasions to conduct large amounts of research for the project. We utilized tools Huntington provided to cite and record all of our information. The work took a lot of time and dedication, but overall I was enthralled with the outcome by placing first.”

The sophomores conducted impeccable research and their first place finish in the Group Exhibit category gave them a spot in the LI regional finals at Hofstra, but the COVID-19 pandemic interrupted the competition.

“We reviewed countless primary sources, mainly Nellie Bly’s personal newspaper articles and books, about her mission to improve the lives of women, mental patients and even average people,” Ms. Geller said. “After putting in so much time and effort into this year’s project, I am very pleased with our work. Sadly, the Long Island History Day regional competition this year was cancelled, so we were not able to move forward with our project. But, my group members and I are very excited for next year’s project and we cannot wait to show everyone what we come up with next.”

The exhibit was displayed in the high school’s main lobby during Huntington’s National History Day awards night. The crowd attending the affair was just as impressed with the project as the judges that awarded it first place honors.

“After compiling our research and organizing it onto an exhibit we were extremely happy with the outcome,” Mr. Maichin said. “Our entire group worked extremely hard and we were very proud to see our hard work pay off, winning first place.” 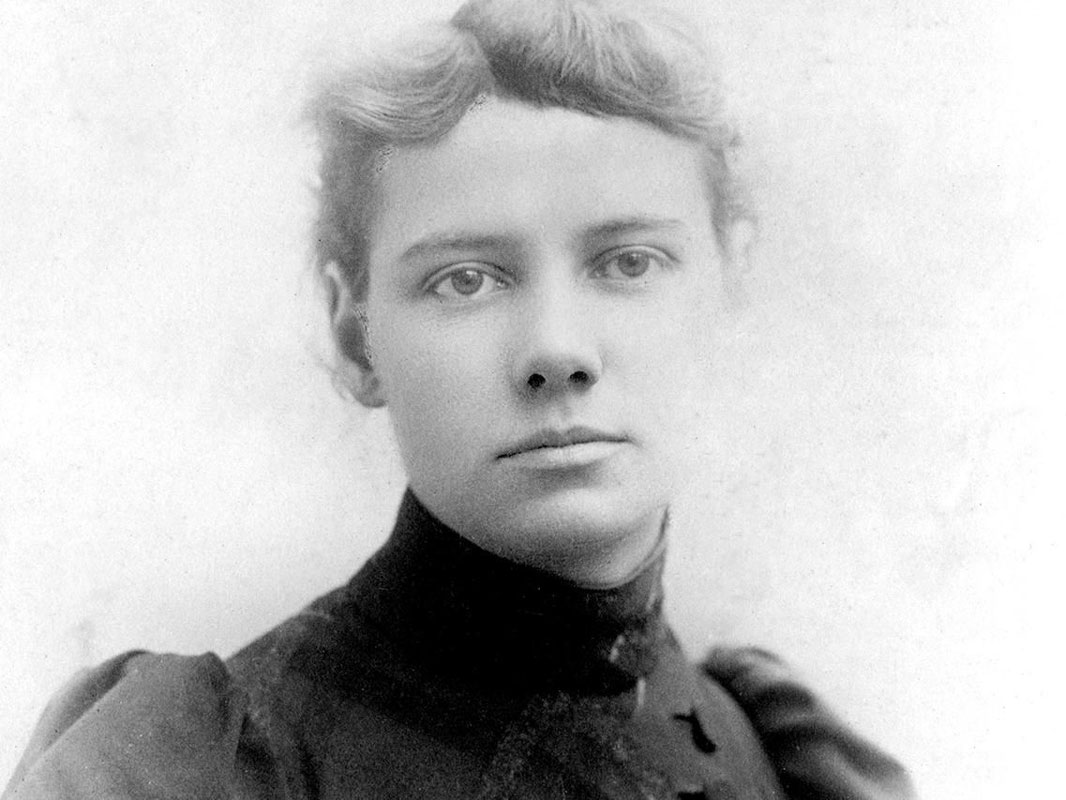 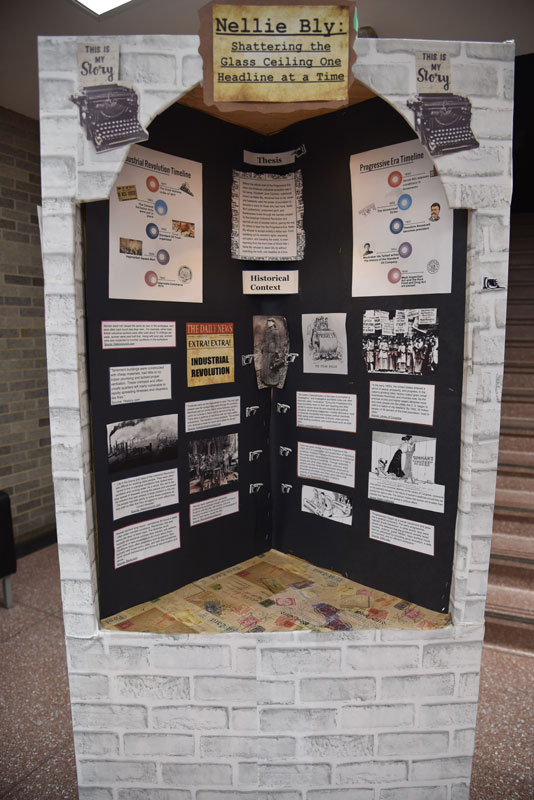 Nellie Bly Shattering the Glass Ceiling One Headline at a Time is a group exhibit developed by Katie Browne, Emily Geller and Christopher Maichin.

Nellie Bly Shattering the Glass Ceiling One Headline at a Time is a group exhibit developed by Katie Browne, Emily Geller and Christopher Maichin.