Erin Ye isn’t afraid to take on a daunting challenge. The Huntington High School sophomore chose a weighty topic for her science research program project and has spent the past year pursuing it with a sense of tenacity that few teenagers can match.

The project’s title gives a hint that it has demanded anything but superficial research: “A Reason for Bilingualism: The Study of Bilingual Efficiency and Linguistic Interference on the Stroop Color and Word Test as Compared to their Monolingual Peers” 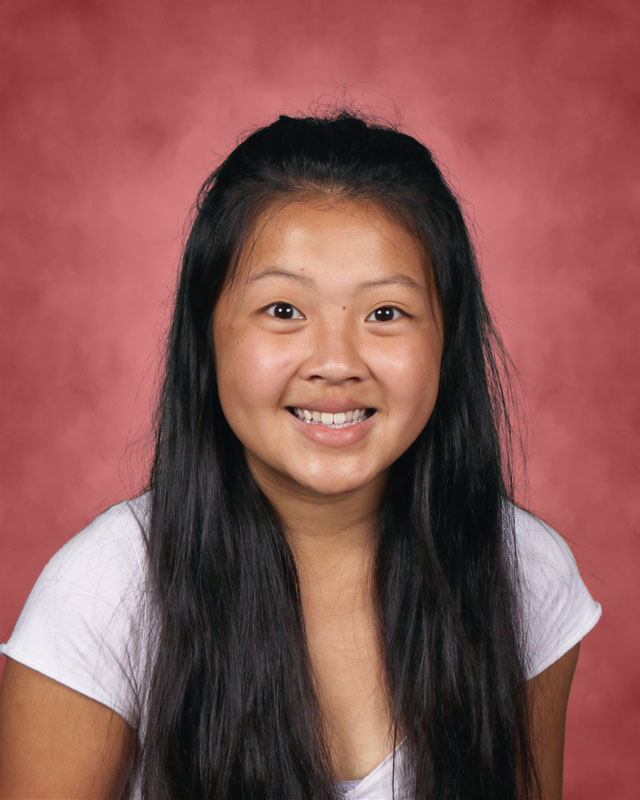 “Much of the research surrounding bilingual individuals suggests that being multilingual improves cognitive function,” states an abstract of Ms. Ye’s project. “Bilingual subjects have been found to engage the phonics-driven portion of their minds more so than their monolingual peers and their ability to filter out their second language during target-language tasks shows increased function and higher level cognition. These findings suggest the need to emphasize bilingual education in the school system.”

Ms. Ye is one of the stars of Huntington’s Class of 2022. She runs on the Blue Devil varsity cross country and girls’ track teams, performs with the chamber orchestra, serves as an editor with The Huntingtonian, the high school’s student newspaper, is a key member of the mock trial team and is the sophomore class secretary with the student government.

“This project aimed to study bilingual efficiency as well as interference on the Stroop Color and Word Test or Stroop Test,” according to the abstract. “The Stroop Test has been used on various occasions to study the brain’s interference between word association and phonetic reading. However, the test has never been used in a manner that would require bilingual individuals to read in one target language and speak in their other target-language. English monolingual, Spanish monolingual and English-Spanish bilingual students completed the Stroop Test, with the bilingual students also completing an alternatively designed LxLy variation. The results highlight no significant difference in efficiency and accuracy between bilingual subjects and their peers. Surprisingly, bilinguals perform just as well on the LxLy variation of the Stroop Test as they did on the standard version.”

Where does Ms. Ye’s research go from here? “It is hoped that more information about cognitive processing and the benefits of learning foreign language is obtained through the results of this study,” the abstract states. “The engineering goal is to determine whether being bilingual improves efficiency and accuracy when asked to perform a mentally taxing task, which is, in this case, the Stroop Color and Word Test.”