Amelia Earhart disappeared over the Pacific Ocean 83 years ago, but she’s still an inspiration for Huntington High School sophomore Teddi Carnesi, who created an award winning historical exhibit covering the life of the flight pioneer.

A three-sport athlete, Ms. Carnesi is also an exceptional student. She already has her sights set on some of America’s best colleges, including the US Military Academy at West Point. The teenager has compiled an excellent academic record and she’s generally regarded as one of the top young soccer players on Long Island.

Born in Atchison, Kansas in 1897, Amelia Mary Earhart was a fearless aviation pioneer and author who was the first female to fly a plane solo across the Atlantic Ocean. She established numerous flying records and penned top rated books about her exploits. A visiting faculty member at Purdue University, she counseled women, consulted on aeronautical engineering and dabbled in politics. She disappeared over the Pacific Ocean on July 2, 1937 and her remains and aircraft are still being searched for today.

“I chose my topic by analyzing which topics I would really enjoy learning about,” Mr. Carnesi said. “I have always been fascinated by Amelia Earhart since I was little. I already knew a lot about Earhart as I was obsessed with her throughout my elementary years. I used to wear her hat and goggles around my house. When I found out that the theme was ‘Breaking Barriers in History,’ I knew her story would be just perfect for my project. I knew that her successful and ground-breaking life would surely represent the theme very well.”

The flight pioneer was awarded the US Distinguished Flying Cross for her 1932 solo flight across the Atlantic Ocean. She flew a Lockheed Vega 5B.

“I am extremely inspired by Amelia Earhart’s life and I knew that I would enjoy writing about a topic that I was so passionate about,” Ms. Carnesi said. “I conducted my research by compiling many primary and secondary sources. I used reliable sources that I knew would support my thesis. For example, the National Archives helped me very much compile primary sources for my exhibit. Secondary sources helped me see people’s analysis and thoughts on events in Amelia Earhart’s life.” 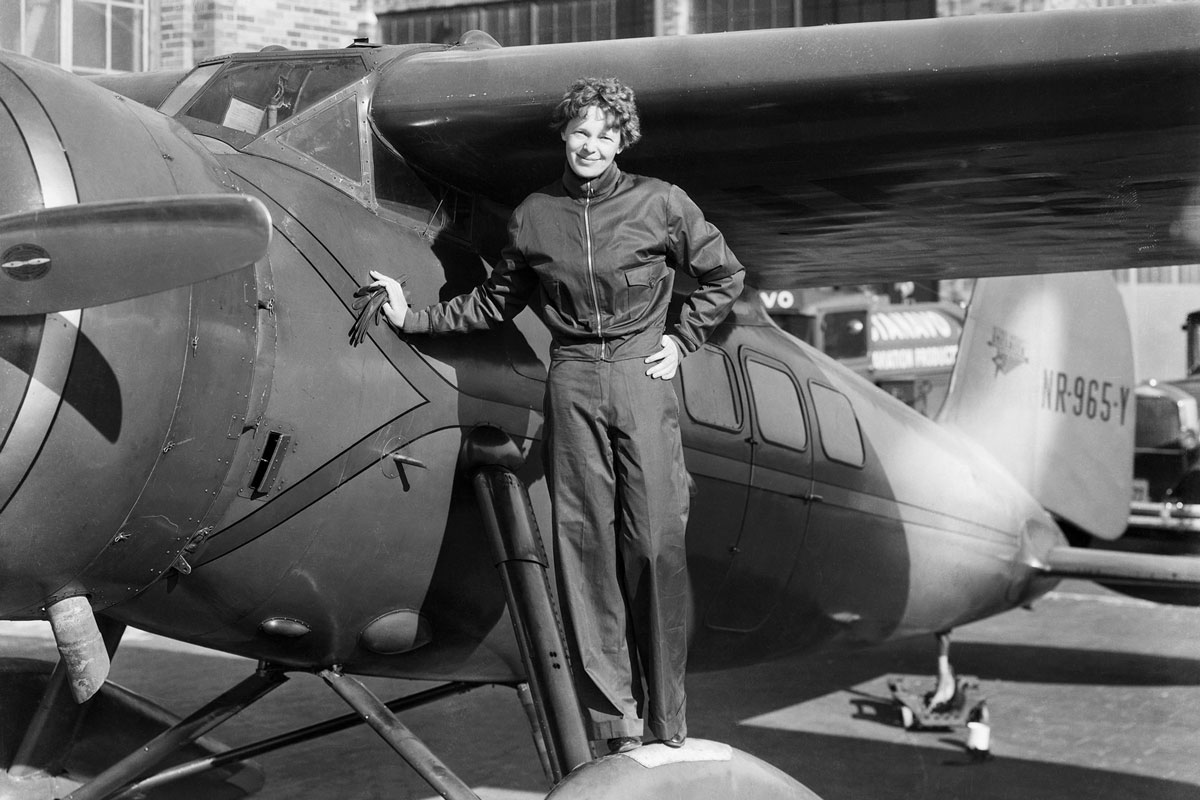 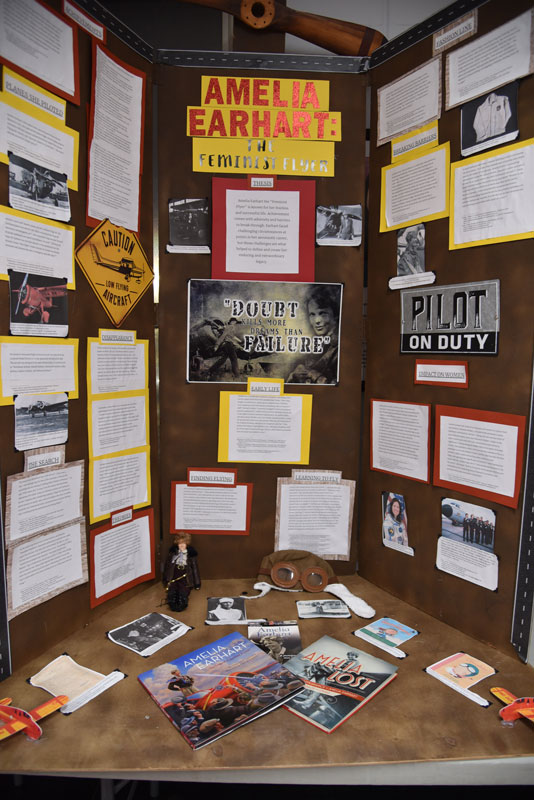