Ally Kustera and Emily Roberts have created a spectacular documentary on the artistic power of “West Side Story.” The two Huntington High School sophomores won first place in the local National History Day contest for their nearly 10 minute film and are hoping that despite the COVID-19 pandemic and the school closures now in effect there will be a way for them to showcase their work on the state and national levels.

Set in the multi-racial, largely blue collar Upper West Side of Manhattan in the mid-1950s, “West Side Story” has been an enduring American classic on stage and film. 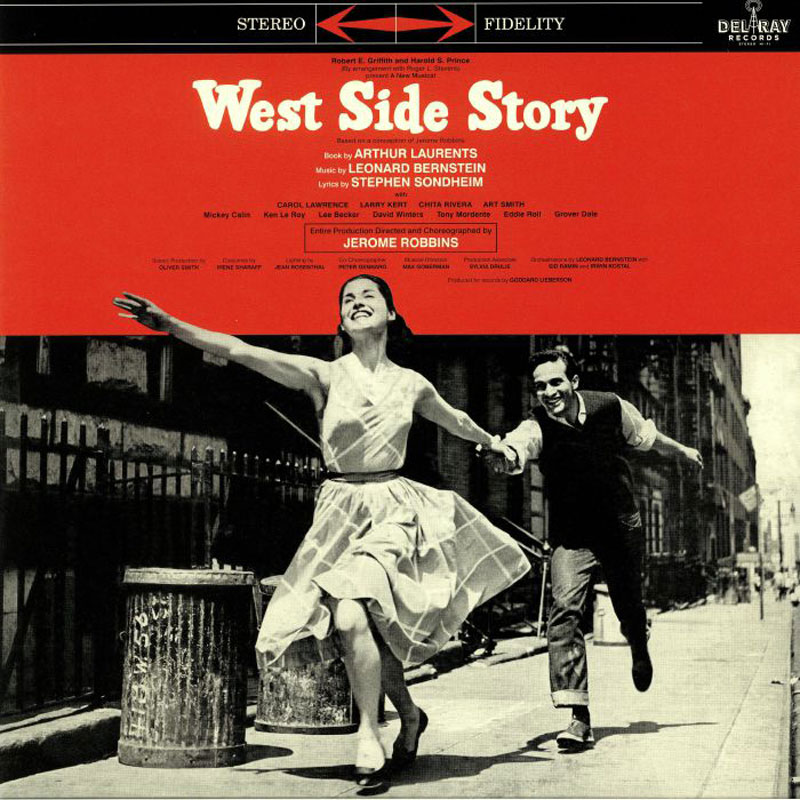 West Side Story is one the greatest musicials in history

The 2020 National History Day contest required research to be framed within the theme of Breaking Barriers in History. “The theme is chosen for the broad application to world, national, or state history and its relevance to ancient history or to the more recent past,” according to National History Day officials.

“My partner and I chose the topic because she really enjoyed the movie and thought the plot of the movie related well to the theme,” Ms. Roberts said. “We watched it together and after further research we found that there were many more ways that ‘West Side Story’ connected to the theme of breaking barriers. We conducted the research by searching for interviews with the cast and crew and reading many, many articles about ‘West Side Story,’ the Tritone, Latin American representation in media and more.”

One of the most popular musicals of all-time, “West Side Story” features music by Leonard Bernstein with lyrics by Stephen Sondheim. It was inspired by William Shakespeare’s play “Romeo and Juliet.” It debuted on Broadway at the Winter Garden Theatre on September 26, 1957 and went to be nominated for six Tony Awards. A 1961 film adaption won 10 Academy Awards.

Ms. Kustera edited the documentary. “She knows how to use Premiere pro and I don’t, so she edited all the clips and audio and everything together,” Ms. Roberts said. “I helped by organizing and collecting all the different clips and pictures she needed to put in the documentary. I am very happy with how it turned out and extremely proud of all the work my partner and I put into the documentary.”

“From the first notes to the final breath, ‘West Side Story’ is one of the most memorable musicals and greatest love stories of all time,” according to Musical Theatre International. “Arthur Laurents’ book remains as powerful, poignant and timely as ever. Shakespeare’s ‘Romeo and Juliet’ is transported to modern-day New York City as two young, idealistic lovers find themselves caught between warring street gangs, the ‘American’ Jets and the Puerto Rican Sharks. Their struggle to survive in a world of hate, violence and prejudice is one of the most innovative, heart-wrenching and relevant musical dramas of our time.”

Ms. Roberts and Ms. Kustera are very busy teenagers, but they found the time to create a remarkable documentary on a timeless topic.

“Originally, we were going to do it on Alice Guy-Blache, the first female filmmaker,” Ms. Kustera said. “At the last minute, I asked Emily to change to ‘West Side Story’ because I was a huge fan of the film and didn’t realize how revolutionary it was in so many different facets. Ultimately, we changed it because we realized how motivated we were to do this film a justice through our documentary.”

The two project partners spent time on the documentary whenever they had a chance and the duo worked extremely well together and produced something that has won rave reviews.

“There was a tremendous amount of research material we found,” Ms. Kustera said. “Editing it together was probably the biggest challenge. Going into it, I don’t think Emily or I realized how long editing was going to take. It was challenging to organize all of our information in a cohesive matter. I couldn’t be happier with the way our documentary came out. We still have some improvements to make before entering the virtual statewide competition. Emily and I feel so lucky to be given a second chance after the regional competition was cancelled.”

Since the research partners originally showed their documentary at Huntington’s National History Day awards ceremony, they have further edited and refined it and are set for state and national virtual competitions.