Huntington (4-1-1) played well throughout the game. Hills East scored its lone goal with five seconds remaining in the contest.

“Today it was a big game for us,” Reyes said. “Our defense was very strong today. We played with confidence and we moved the ball very well. Even though we won today, we still haven't done anything yet. We still have a long road ahead of us and a lot of hard work to do.”

Both matches played out at the Coach Cupp Courts Complex at Huntington with head coach Jamie Fishlow carefully tracking each point.

In a 4-3 victory over traditionally strong Hills West, it was O’Heir and Balm who once again carried the day, winning in No. 3 doubles, 7-5, 6-4.

The Blue Devils jumped out to a 16-0 halftime lead and then hunkered down on defense, holding firm against any attempt by the Lions to get back into the game.

The Huntington varsity field hockey team used three second half goals to secure their first victory of the fall season, a 4-0 shutout of league foe Centereach.

Megan Byrnes had two goals to lead the Blue Devils. Lauren LoScalzo and Holly Wright both had a goal and an assist. Anna Wickey added a pair of assists. Goalie Julie Rogel made five saves.

“We played extremely hard and smart in the game,” Wickey said. “Although we faced some challenging circumstances throughout the game, we really pushed ourselves and worked together to take the lead. Overall, it was a great game and a great start to our season.”

Players savored the outcome. “It was a great all-around win,” Wright said. “Everyone gave everything they could. It was a great game to see how far we could really go this year. We are a young team, but we’re just getting started.”

West Islip controlled the ball most of the game and outplayed Huntington, but the Blue Devils did just enough to keep the score close.

Huntington wasn’t able to effectively move the ball, but did show some promise. The team plans to regroup and return to the field next Saturday when it takes on Copiague on Homecoming Day at Blue Devil Stadium at 2 p.m.

“We are working hard to lower all of our times,” Martinez said. “The freshmen did really well against North Babylon and Connetquot and stepped up.”

Huntington is coached by Mark Jackson. 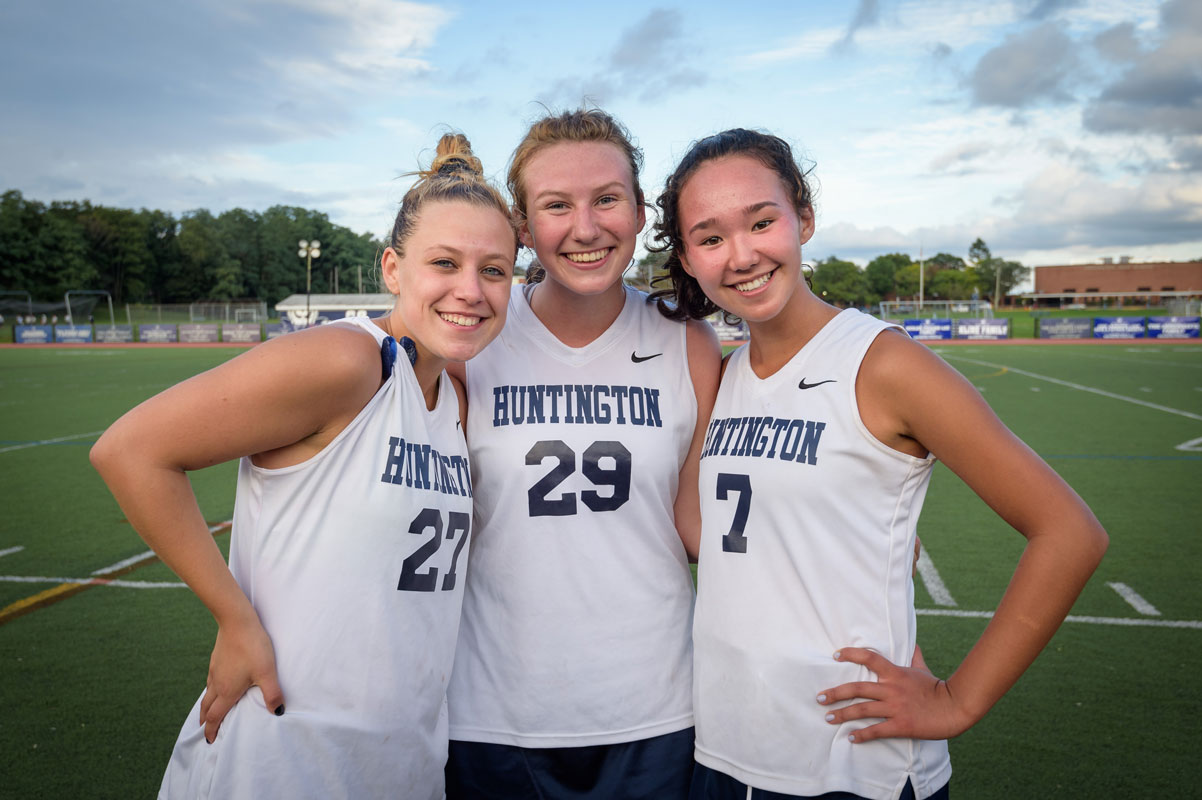 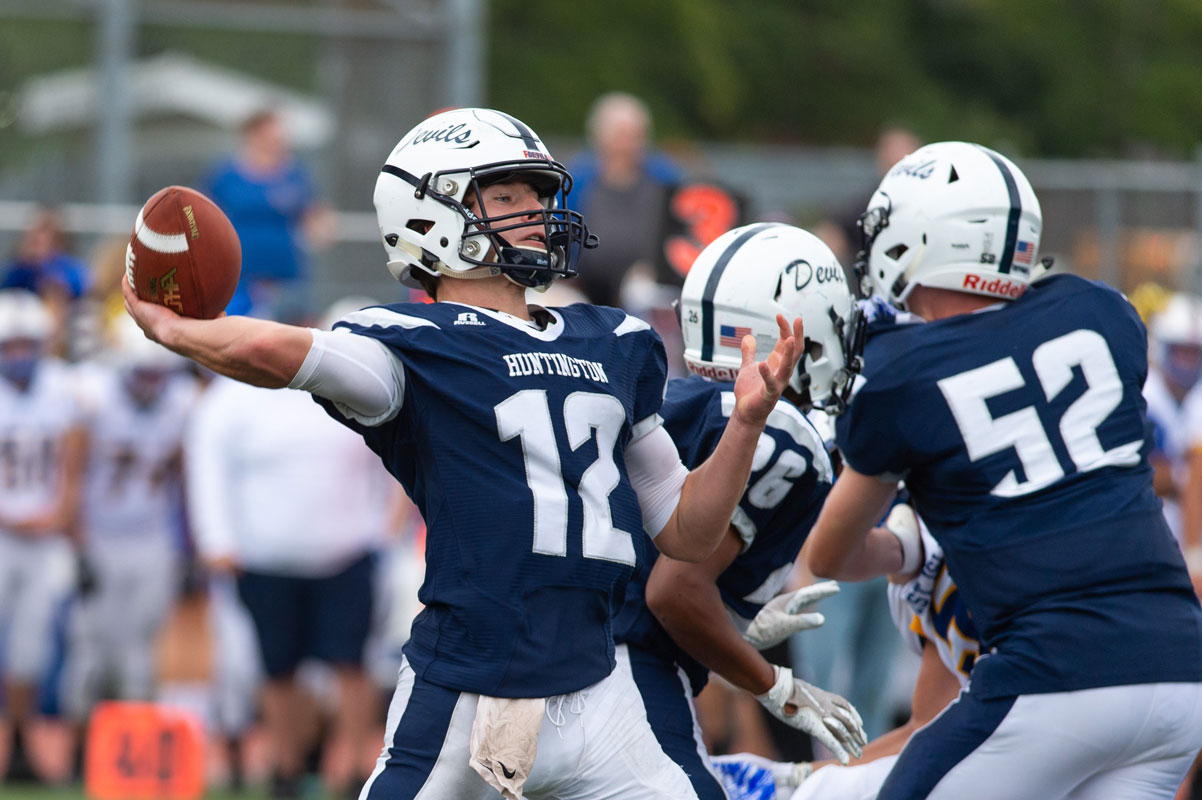