Lex Colato ran for the three touchdowns and the Huntington football team’s defense repeatedly came up with big plays to carry the Blue Devils to a 27-0 victory at Northport in a Suffolk Division II game before a crowd of 1,200 last Saturday.

Colato rushed 10 times for 77 yards and found the end zone three times. The teenager also turned in an excellent defensive effort in what might have been the finest game of the senior’s career.

Nasir Youngblood enjoyed another great afternoon, rushing 23 times for 180 yards and a touchdown. Quarterback Torin Bograd was also effective, although the Blue Devils dropped several of his passes. Bograd scampered for 57 yards rushing on 11 carries, including some well-timed dashes when Huntington needed a big play.

“I honestly can’t do anything without my teammates,” Colato said. “The linemen worked hard all game long and I was able to run the ball hard. My teammates Nasir, Torin, Jaylen Bush and Jon Koumas played amazing. So did Gary Barash, Tazadon Smith, Aedan McDonald and Aidan Mrotzek. We all have to focus up and continue to do what we do. We have to keep momentum and make it into the playoffs.”

It was another “must-win” game for Huntington, which improved to 4-2 this fall. The Blue Devils play at Deer Park (1-5) on Friday at 6 p.m. Newfield topped Deer Park last weekend, 21-7.

“The game went great,” Bograd said. “It was an all-around great team win. I give the whole team so much credit for how well they played. I feel I played very well today and the line and receivers and running backs all played amazing, which contributed to my play as well. Overall, it was a great win. There’s big things to come. It’s back to work on Monday for another big week and game. We’re all working very hard to make the playoffs.”

Huntington took an early 7-0 lead on an eight yard run by Colato for his first touchdown of the afternoon. Despite outplaying Northport through much of the first half, the Blue Devils couldn’t extend their advantage beyond seven points.

Youngblood scored his 13th touchdown of the season on a six yard run in the third quarter to give Huntington a 13-0. Colato then scored two more times in the fourth quarter, both on three yard runs.

“I feel we played our best football of the year today, but we have much more to come,” Bush said. “Everyone came prepared today. Backing each other up as brothers was a big key to the win. From here on out we have to work our tails off to make it where we want and that’s a Suffolk County championship. Each week we’re going to get better and better.” 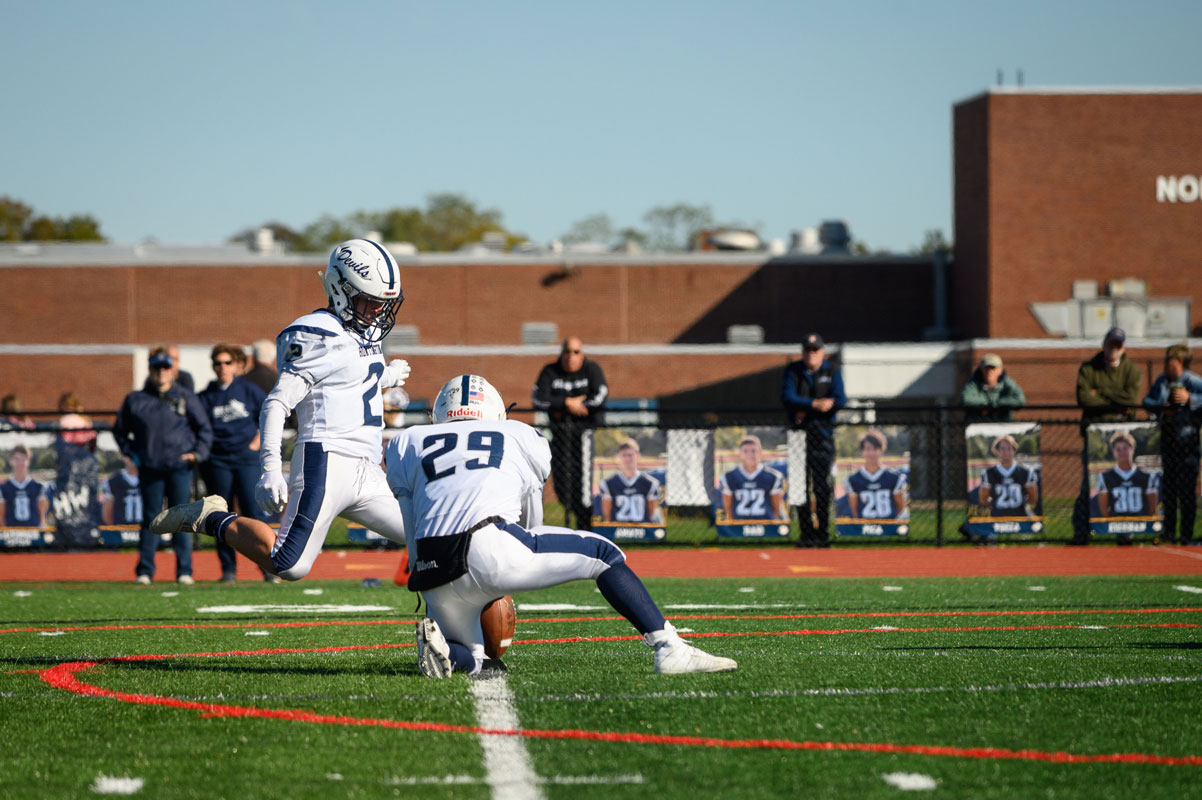 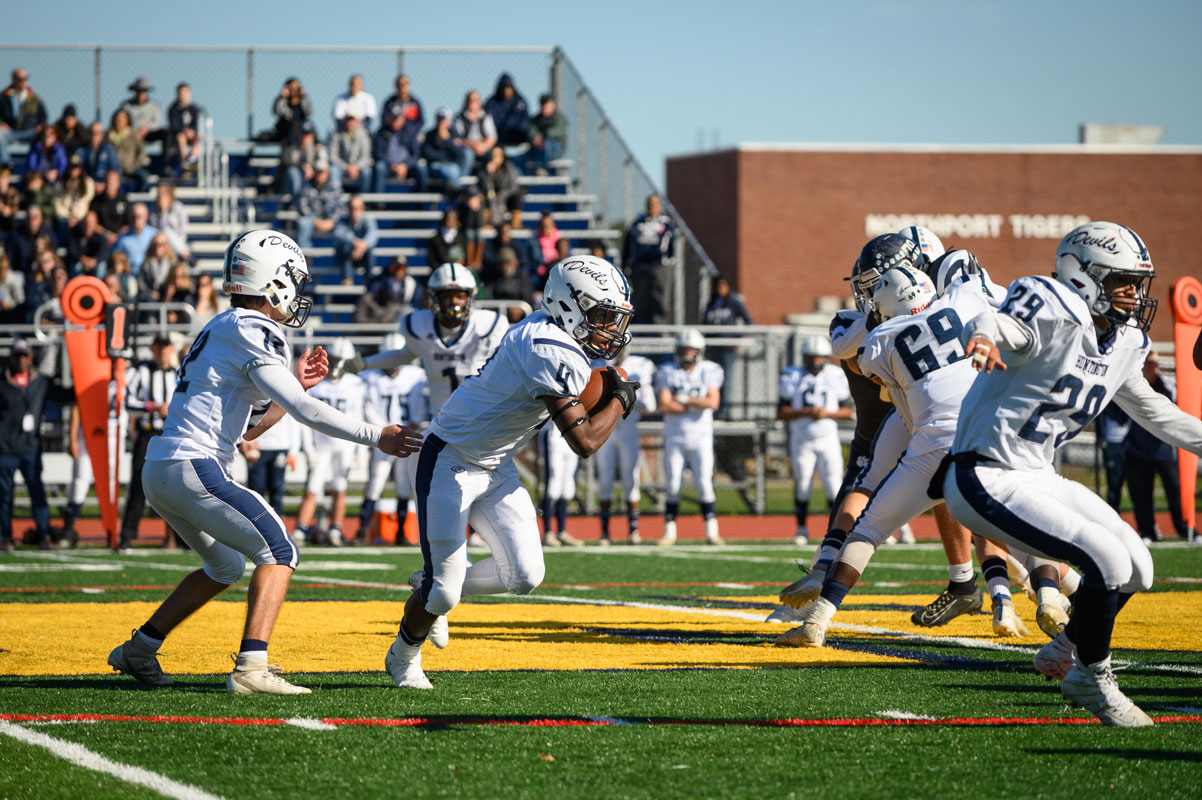