Sunken Meadow State Park was created by master builder Robert Moses in the 1920s. Originally 400 acres, it has grown to nearly 1,300. The site features more than 10,000 feet of sandy beach, running trails, picnic areas and athletic fields. It’s filled with wildlife, sensitive environmental areas and a variety of worthwhile areas to study.

The teenagers investigated the salt marsh and the various habitats that it provides for many living organisms. The Huntington students were led by educators associated with the Western Suffolk BOCES outdoor environmental education program, which “uses a multidisciplinary approach to study nature and to incorporate environmental science into classrooms across Long Island,” according to an online overview. “Our mission is to inspire a child’s sense of wonder for the natural world and enhance classroom concepts through discovery-based learning.”

The Huntington teenagers were divided into four groups and rotated through four areas of the marsh. Students were given an opportunity to seine (a type of vertical fishing net) and explore the contents of the marsh.

Marsh findings included crabs, minnows, algae, snails and various crustaceans. A variety of living creatures are able to inhabit the marsh due to its water being brackish or a mixture of salt and freshwater.

“While at the marsh, we used equipment to collect abiotic data, such as salinity using the hydrometer and refractometer, turbidity using the turbidity tube and temperature,” junior Aaron Chin said. “We also used test tablets to test for nitrates, phosphates, dissolved oxygen and pH.”

The four groups of Huntington AP Biology students were surprised to discover the differences in habitat between the high and low marsh. The date of the trip to Sunken Meadow was specifically selected so the tide would be low and the students would be able to explore other regions of the marsh, such as the mud flats.

The teenager got their hands dirty while exploring the mud flat and the creatures that inhabit it. For example, they learned that mud has various exfoliating properties and is very healthy for the skin.

At another station, students saw firsthand how various human pollutants, such as fertilizers, car oil and other substances can run off into oceanic ecosystems and even get into the water supply.

By all accounts, the Huntington contingent appeared to have a thoroughly enjoyable and enriching experience, learning about the salt marsh ecosystem and how to appreciate the environment on a simply gorgeous fall day. 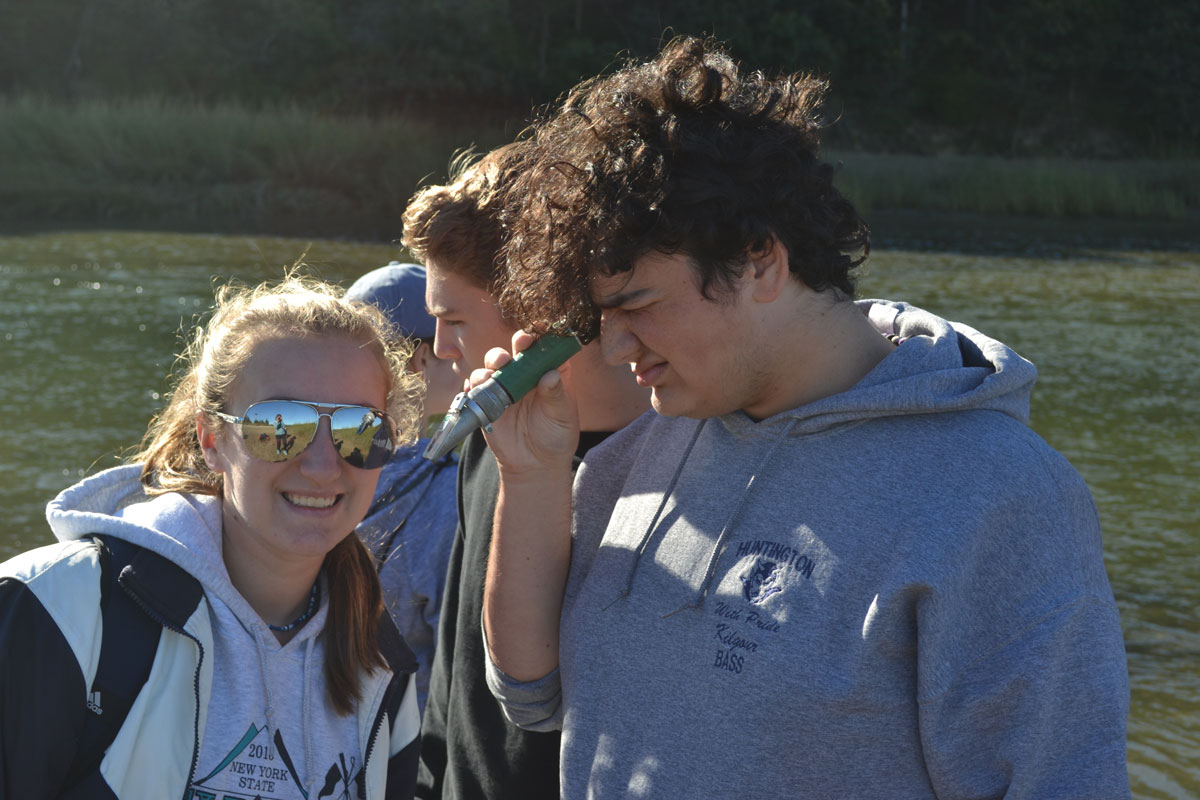 A trip into the field at Sunken Meadow State Park featured plenty to interest classes of Huntington AP Biology students. 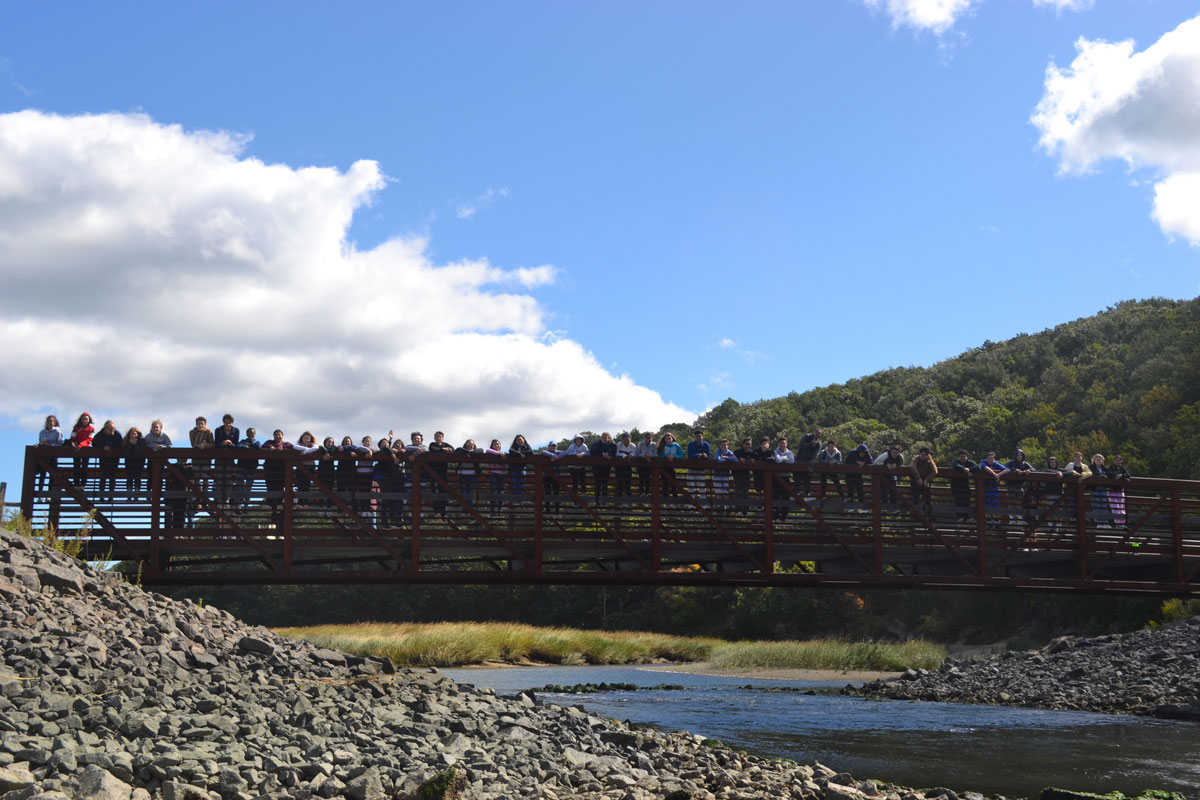 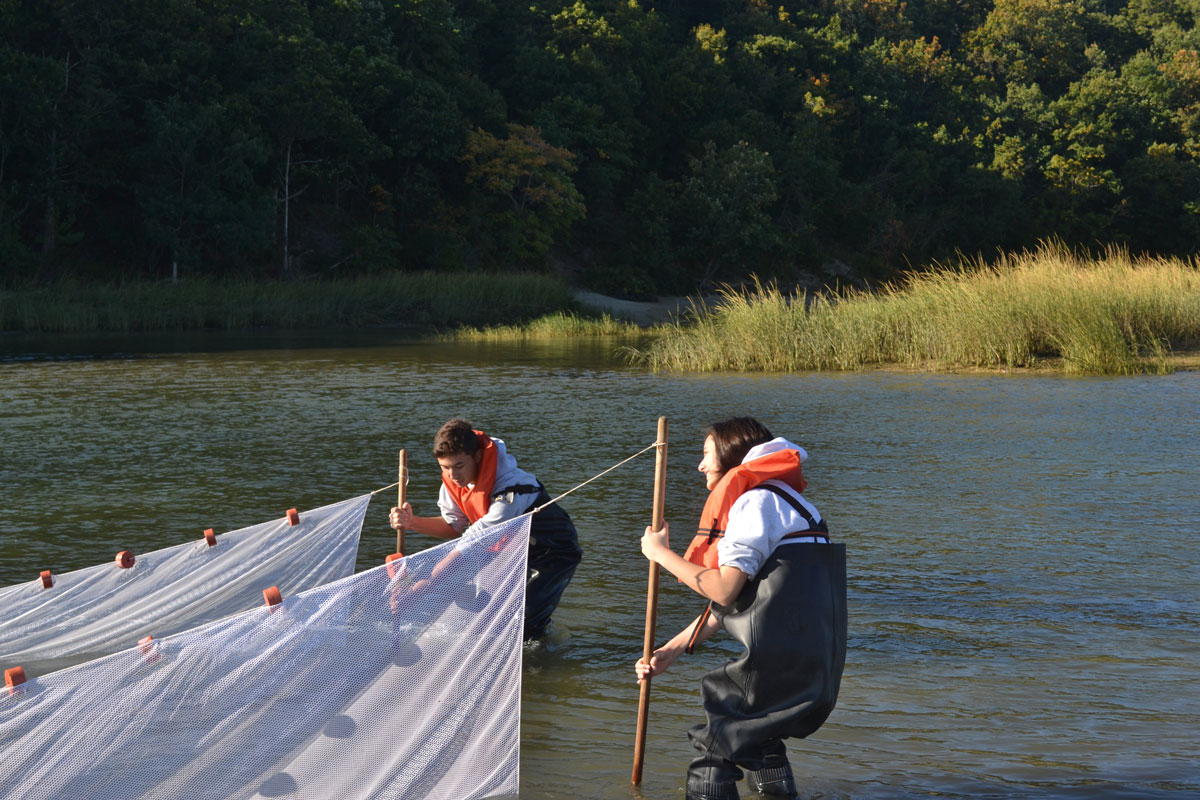